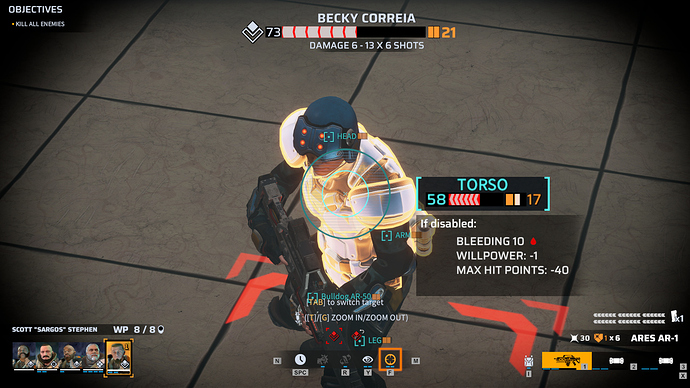 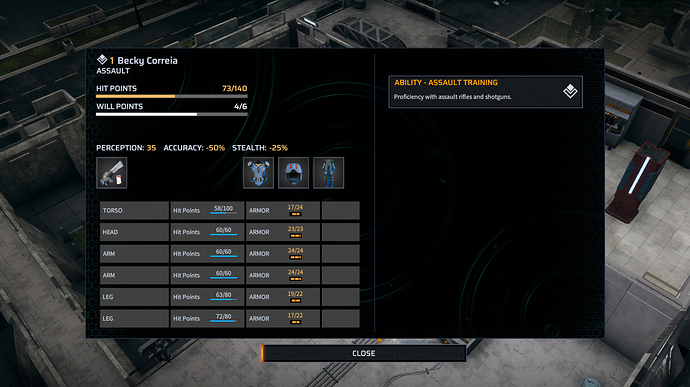 as you can see this assault won’t return fire as she doesn’t have this ability. But second assault in your line of sight will. He has curved arrow on his icon on the first screen.

SO there is an indication. End of topic.

Oh, if so then, as CardboardMike said. Interesting, as I probably never got to pay attention on 1st level assaults.

This never really worked as reported multiple times. NJ Assaults all have return fire, regardless of level or whats shown in the info window. The little arrow indicator is not reliable. It does not work when you shoot from behind cover - i.e. when you step out to take the shot.

Interesting remarks. I am not 100% sure because I don’t always pay attention to UI, but is it also possible that as the Return Fire feature is only with certain units, that the symbol is displayed once RF has taken place? So it’s indicated after RF, but not unless it has taken place? Or is it supposed to be there always if available?

Some Atron don’t have arrow in there icon when targeting, but they return fire. So I confirm this bug not only for Jeriho.

I’ve almost never seen the RF indicator since an update months ago.

Like I said, they do not always show the return fire icon, only when they have direct line of sight to your soldier. If you shoot from behind cover, the indicator is not shown, even when they do return fire. Same is true for Athrons.

Other than that, when they have direct line of sight it works (most of the time), including not showing the icon when you shoot from outside half of their perception range. I believe the problem is that its dependent on where the soldier stands at time of aiming, not at time of shooting.

Or is it supposed to be there always if available?

It’s supposed to be always there when you aim at them.