I already knew that New Jericho would attack Pandoran bases from time to time, but I didn’t know what would happen if I went with an attack like this. Now I was finally lucky to be in the vicinity with a plane when NJ attacks a Lair.

So I decided to join the party … 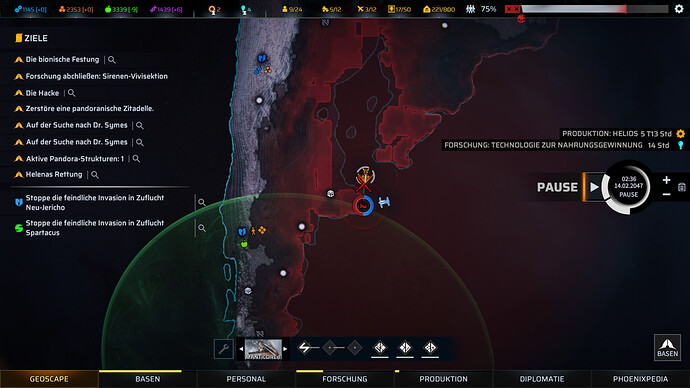 … and found one NJ Heavy and an Armadillo that I could take over. 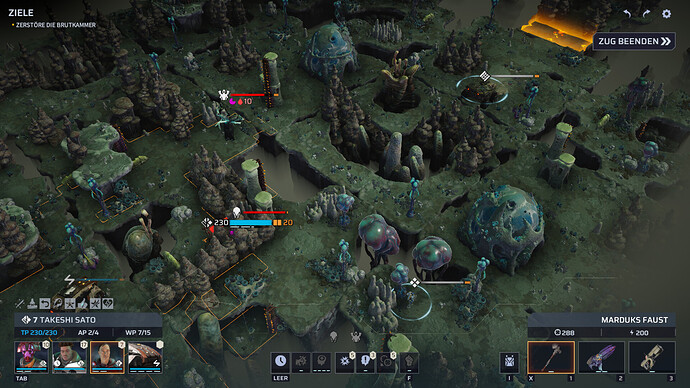 NJ reinforcements arrived all 2 or 3 turns on the other side of the map (the upper evac zone in the picture above).
At the end of the mission I had …

… additionally to my squad: 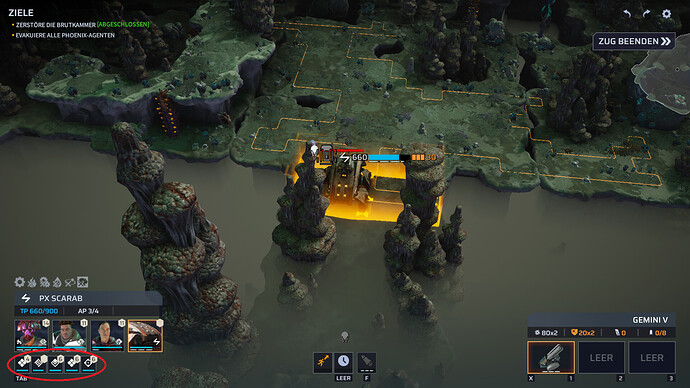 I liked that very much, nice feature, even when it will rarely happen.

Have to look out for the opportunity!
Should make that lair attack much easier.

damn, that’s nice…i never got the chance to even see a faction attack a lair, much less do a joint (

) op…
must say i like PP even more now!
KEEP UP THE AWESOMESAUCE WORK SNAPSHOT!!!

i never got the chance to even see a faction attack a lair, much less do a joint

I have around 1800 hours in this game, this is exactly the second time that I have seen an attack directly. But I know that NJ regulary destroys Pandoran bases, it was reported from other players and I also often explored destroyed panda bases with NJ aircrafts stationed on this point.

This lair had been spotted for several days. The team that carried out the Heaven defense were too weak and injured to take down the base. It’s also on the other side of the world and my other teams were busy in my home region (Asia), the main team here was on the long journey and NJ started the attack just before I arrived, if this plane were a little faster this would not have happened. So maybe just keep the bases near NJ heavens alive (AFAIK, the other factions don’t attack panda bases, only NJ, but not sure) and maybe you get something like me too … if you’re lucky

You are playing Veteran, playing Legend those combined attacks are 1 o 2 soldiers, and have to say this, human AI is the worst 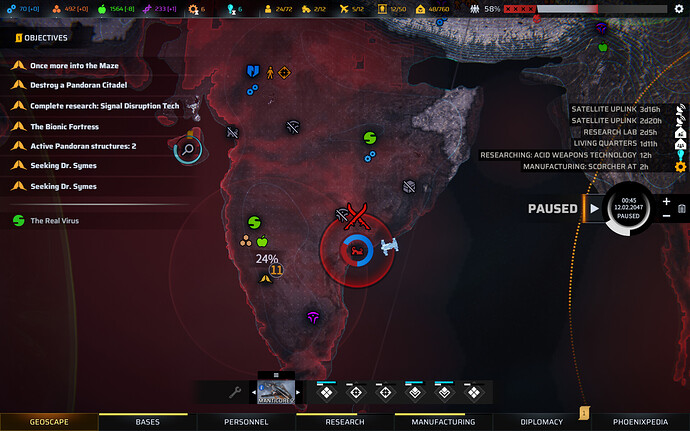 Well, I took them over ASAP, but before the Armadillo wrecked a Siren near death. But yeah, the AI is pretty bad but at least they would distract the enemies … when they not trigger a terror sentinel.

Also for me it was only with 2 NJ units at the beginning, but I took my time to loot the crates and every 2-3 turns reinforcements came at the distant evacuation point. And I was very lucky to get an Armadillo.

So maybe just keep the bases near NJ heavens alive (AFAIK, the other factions don’t attack panda bases, only NJ, but not sure) and maybe you get something like me too … if you’re lucky

NJ is the only after building uplinks 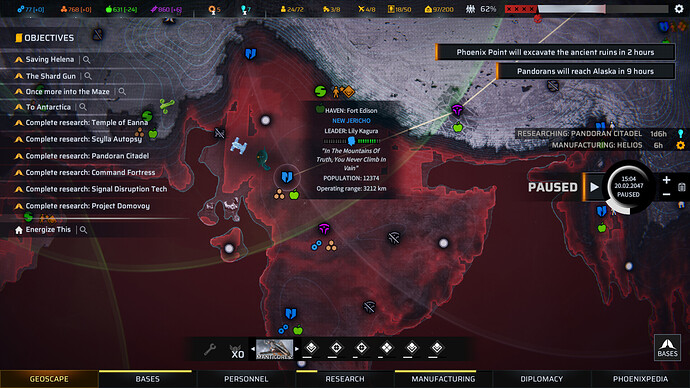 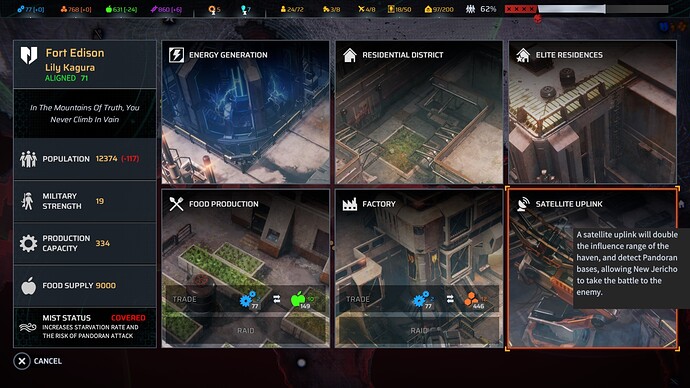 Good to know, thanks for this info, I never looked so deep into their structures.

Do we repair their Satellite Uplinks, they Build it on their own? Nice touch

Yes, they build them on their own, and PX can repair those, indeed

IC, so they basically need a satlink to do that…tyvm 4 info

I also never saw this happen and want it so much

It’s a very nice feature, pity it’s only NJ, but makes some sense in the lore. Thanks for posting this thread @MadSkunky, at least I got to see how it works!

Also thanks @etermes for the info about uplinks, I would never find that out. You’re a living wiki for this game!

As has been pointed out, on higher difficulties the NJ attacks never succeed. I went to help take on a Citadel and they had sent ONE assault, with no reinforcements. He must have been really disliked by the Haven leader…

Now I joined NJ in an attack on a Lair, and since it was a nice easy very open/flat-ish map, perhaps it is for all joint attacks for the AI to be able to navigate, we had great succes. When the Spawnery(?) died I had my own 6 Phoenix troops and taken direct control of 2 NJ troops, but with 7(!) more NJ soldiers running around under AI-control.

I didn´t bother taking control of them all and left the map for a succesful mission with the ones I controlled.

Now … afterwards, as I believe have been previously mentioned in this thread or another, NJ aircrafts seem to stay/remain stuck at even Pandroran Colonies they succesfully attack on their own. And this happened again on this occassion.

Question is - have anyone tried a joint attack AND made sure ALL NJ troops also got out of the map?

Would that mayhaps make the NJ aircraft leave the location and return to base? Does it matter? Does the game calculate looses like this so the Haven that send them now have a lower Military Strength?

That would be cool features, but before I spend time to go back and redo the mission/sweep up all the NJ troops I thought I´d ask if anyone already tried only to find out it makes no difference at all and the NJ craft still just hangs out at the colony-site …

I don’t really know but I suppose this is a bug and evac’ing all NJ soldiers would make no difference. Do tell here what happens if you try it!

In the mission I’ve evaced all NJ soldiers and if I remember correctly the NJ aircraft was still there afterwards and didn’t fly back to their heaven.

Too bad it does not seem to make any difference and any surviving NJ-troops just move in to stay at the complex - at least the aircraft stays at the site.

Maybe they are having a BBQ!?

AFAIK no, I’m pretty sure they also not loose military strength when they attack other faction heavens and these aircraft also stay there if they have destroyed it.

In the mission I’ve evaced all NJ soldiers and if I remember correctly the NJ aircraft was still there afterwards and didn’t fly back to their heaven.

I’m not sure it matters all that much tbh. I think it was just overlooked in design.

I once saved a game that had a NJ aircraft about 2 seconds from landing at a Lair and I was curious to see what would happen, considering a Phoenix base was about to be attacked first. So I let the base get destroyed and watched the NJ aircraft hit the Lair and nothing happened. I reloaded the game (so I didn’t have to lose the base) and the NJ aircraft that was previously en route to the Lair was now nowhere to be seen.

So I assume the aircraft on the Geoscape right now is mostly just for show and not entirely programmed properly (kind of evident with how their trails are in front of them even), but that you can steal one that’s currently existing at a Haven.

That’s what I’ve come to assume in regards to aircraft on the Geoscape. So my question to you is “Did it ever leave that lair/disappear?”

So my question to you is “Did it ever leave that lair/disappear?”

Out of my memory it stays there the whole time of the campaign, but not entirely sure.
In my actual campaign I have also 2 NJ Thunderbolts on Nests that they have destroyed and never leaved since 1-2 months: 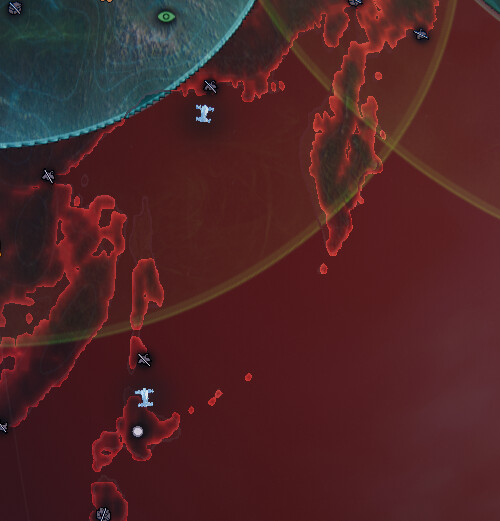