I’ve been playing the game for around 1 month by now, I’ve seen many bugs, most of them are harmless, soldiers getting stuck behind walls, glitching animations, enemies with 100% hit rate; 4 snipers hitting my low cover solders heads, in a row, when they are at the other side of the map sounds suspicious.

But bugs that make the game really hard to play is really annoying, now i’m finding an other bug related to the save game that breakes the game. One of the supports it’s a Technician Mutoid, becouse technician sucks and mutoid skills adds a very nice support value, thus I decided to add FIeld Medic to this mutoid, but some days a go found my mutoid got bugged, Field Medic skill disappered, no matter what I did it stops showing, so, angry because of this, I created a new Mutoid with Medic Field and replaced the bugged one (here goes 771 mutagens to the trash), I’m doing an Iron man challange because the IA save bug, so no loads between fights, it toke several days to this bug appear again, but this new mutoid lost his Medic Field skill again, not permanent, but it’s becoming annoying with load bugs, skills that can’t be activated, skills that gone, IA that stop moving.

I found this bug because it was like 30 minutes running the mission with my low skill team, tired, low on ammo and health, so I decided to save before take a turn to heal & reapair my soldiers, preparing to leaving the missions (I did this as a little exeption to my challange, 30 minutes on the same mission after killing docens of pandorans that don’t stop comming deserves it) but things went wrong and a freaking sniper start shooting to my wonded solders, so I reloaded my game, and what I found, the Medic Field skill was gone, again.

It’s easy to reproduce the bug, just save your game and reload, and that’s it, very simple.

This is a the start of a mission, as you see my mutoid have Field Medic skill. 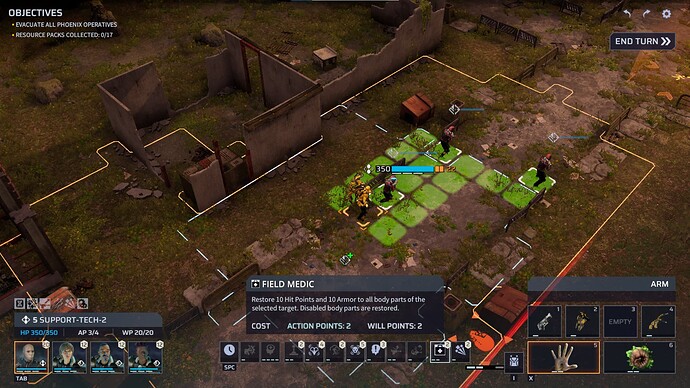 But if I save and load the game this happens: 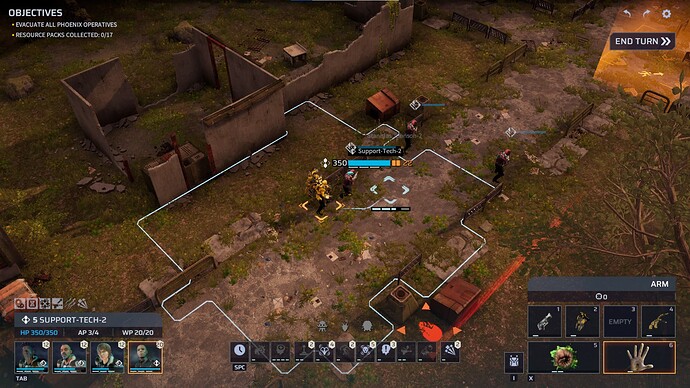 As you can see the hand button and the larva button have switch places, and Field Medic is gone. Most of the time things are fixed after the mission, by now only once happen to be permanent, but it’s not like I save load things too often, I couln’t reproduce it to be permanent.

This i my mutoid build: