Seriously??? Now you restrict my units from freely moving around? Why do enemies move where-ever the heck they will AROUND, but my units aren’t allowed. Not only u put me in disadvantaged position, inside a building, but i also can’t move through it on a ground floor… 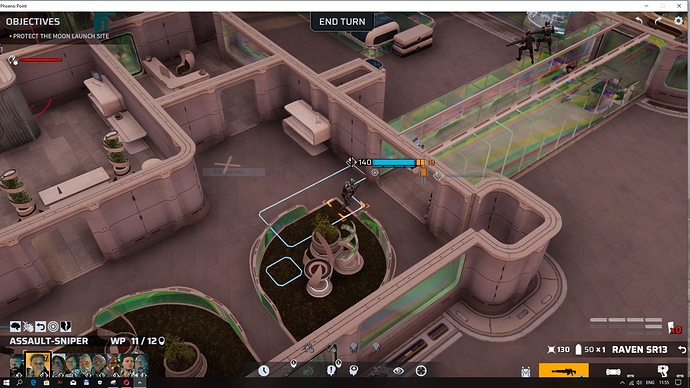 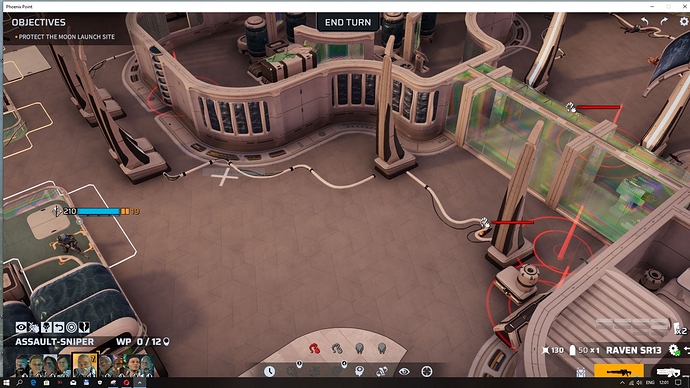 ANY reasonable explanation why i’m unable to move there???

I Think here is already a thread about this. Some bug… you have to Destroy something

Where is the thread? Do you remember the title? It’s too late for me, I already finished it but next time that info could be very useful in the future.

This mission’s level design is hot garbage and definitely wasn’t playtested. You have a building with /2/ exits, one balcony to the rocket and one ground floor to the back. The ‘glass’ walls aren’t glass, and they need a 50-60 damage gun to be destroyed. Troops get positioned whatever, so you can have your snipers somewhere on the third floor, taking three rounds to get to somewhere they can shoot. The entrance to the ground floor to the back has a corridor which is unusable between some corner pieces and units have to go around.

The enemy units don’t realise they need to shoot the rocket. I figured out that that’s the mission item since i accidentally shot it.

That aside from the fact that the tile on the outside, the asphalt, is unable to be used by Dash, similarily to the Base defence tile. Only certain tiles are Dash-able.

This is a 10 day old thread about a core missions map being broken to the point of almost unplayable. Can confirm this is still not fixed.

There’s also joins between building that don’t work; there’s a tube between the main building and the rocket, if you go that way you can’t get into the rockets ground floor. If you climb on top of the tube though, instead of walking on the roof of the rocket room you drop into it. If you go into the inner circle directly under the rocket your troop will be trapped, needing a jump pack to escape.

I get this isn’t a great time of year to get work done, but the slow response to fixing these bugs is getting a bit much too.

lol, not only undashable but unwalkable also. I was actually scared, because in my instance there were 2 seriens hiding inside the rocket building. I couldn’t get there, only over the top and jump down. THis was out of the question, because they mind-controlled me. Then i just shot at windows, blew half the wall open and killed seriens through the opening. Half the map is unwalkable and unreachable. How did this slip past Quality control, i have no idea…

@UnstableVoltage
This moon Mission is offen a point of critic. Is this a point snapshot games is Working on? Iam really interresting in and i have 6 beer Drunk so sorry for asking you directly on a Weekend ;-)… and by the way: six Self brewed beer increases the difficulty of the game