Hey, so I don’t think I’m doing anything wrong here but I came to ask/report it if I’m right like I think I am. If I go into free aim and the entire circle is filled up with parts of the enemy target, and none of it isn’t over a piece of the enemy at all, the shot HAS to land, right? If my entire circle is filled to the brim with the enemy, and there’s no gaps or spaces without the target, the shot can’t miss, right? Cause like every few shots that I fire that are like this go completely wide and miss the target. I had a soldier literally point blank with a pistol shooting a mindfragger that had one of my other soldiers, the whole circle was filled with the fragger, and my first two shots missed completely. Am I doing something wrong or is the game bugged? This happens at least once a mission.

Myself and a couple of others have experienced this too, don’t worry you’re not going crazy lol. Suspect it’s a bug but no word from Snapshot yet.

No such thing as a 100% shot. The reticle shows where 100% of the rounds will go, not what they’ll hit. A look to the left or right by the target and it might not be in the same spot when the round gets to it.

The mindfragger thing does appear to be a bug however.

One problem can be that your soldier is behind cover and actually shoots their cover. In this image for example my soldier missed a Scylla with all shots hitting the edge of the cover she had been crouching behind. Obviously the Scylla is so big, even her idle movement animation would not have provided a gap for all bullets from the burst to shoot through. 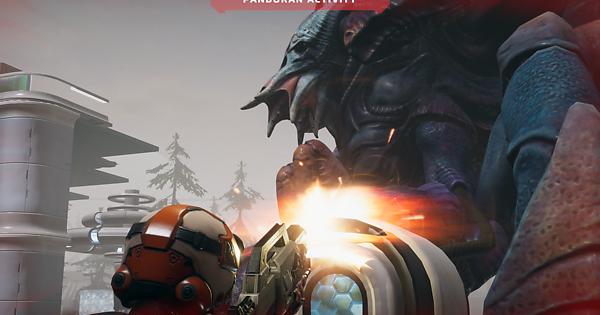 My experience is that if you free aim, you have to pay attention if the aiming will actually highlight specific body parts. If no body part is highlighted, even if the whole enemy is in the circle, the nuzzle of the gun is not in line with it.

I think it has something to do with where the aim cone that creates the circle is projected from and where the bullet trajectory originates - they don’t seem to be the same spot of the model. But I may be completely wrong with that theory…

Am I doing something wrong or is the game bugged? This happens at least once a mission.

I’d go with it’s a bug. If both the inner and outer aiming circles cover the target that shows you 100% hit chance. Once you tell the guy to hit fire what happens is he lowers the gun then snaps it back up and fires… in between you hitting “fire” and the guy actually hitting fire he does his animation but the target also does its own.

One of my favorite examples is one of my snipers on a high perch aiming at a triton that was heading for the sniper tower in open ground. It’s directly facing my sniper, line up a shot to take off his RIGHT arm, hit fire and my guy lowers sniper rifle,r aises sniper rifle and off goes the LEFT leg.

Happened to me quite a lot in the past, mostly with handguns so I’m extra cautious with their animations now and it happens less.

On a side note, I think zooming on the target should be possible only with sniper rifles.

This is a thing, and has been a thing, at least from what I’ve noticed, since the Backer Builds. I too thought I was misunderstanding something, but as far as I know, everything in the outer circle of your aim is 100% hit, and the inner circle is 50%. But that isn’t always true, at least in my experience. One hopes this will be fixed because it really has messed up a couple of my missions (at least, for once, it’s not just me messing it up

The few times I ran into this, it was with mindfraggers & highlighting issue. I found I had to highlight the mindfragger and not the soldier’s head.

If outer circle is completely covered by enemy body, the shot has to land. That said, I sometimes miss that shot, so a bug it is.

There is one case that might cover some of this that is intended albeit annoying; many of the enemy have a pretty substantial jerk response when hit and can move outside the reticle.

More likely you are having camera misfeature issues. The camera view with cover and other objects is not always truthful; I have been able to hit enemies that don’t appear targetable at all, and missed ones that do even with full/clear reticle coverage by hitting some non-visible object in between me and the target. This is what happens when you have physics based targeting and imperfect camera implementation. Makes the game both interesting and annoying as !*k.

Point blank mind fragger is harder to explain. It is possible you don’t have pistol proficiency and flubbed the shot?

I mentioned this in a reddit post. I’ve now had at least four POINT BLANK shots miss completely. Two were as Return Fire and two were as Direct Aim (in the crosshairs) fire. Two were with shotguns and two were with assault rifles. I just figured it was a “That’s PP, baby!” moment. It makes for some interesting expletives when it happens.

There is one case which can lead both to misses and to exploit - idle animations. Exploit is to wait for enemy to start playing particular keyframes of idle animation and get some body part more exposed. Miss can happen for the same reason - before hit lands some portion of idle animation can mange to play and body part moves away.
But in case of mindfraggers this probably doesn’t happen.

Point blank mind fragger had been annoying. Point blank Scylla I was just laughing, because otherwise I’d have to cry

My experience is that if you free aim, you have to pay attention if the aiming will actually highlight specific body parts. If no body part is highlighted, even if the whole enemy is in the circle, the nuzzle of the gun is not in line with it.

I suspect it too, this case could trigger some bugs or some more.

For me another case is there’s holes in the target, I think there isn’t really a hole but another body part behind but it doesn’t count always.

Otherwise I noticed a few miss mouse move, moving the cursor right before the click. Plus some case it’s almost full but not totally. And right when I click another target in middle moves and intercept the shot. But those cases are less bugs.

A Siren moves 1-tile away from unit and on the next turn I aim at the head with 2 tight aiming circles dead center (with plenty of target showing around it) = ZERO Damage. Moved anotther unit in1-tile away same situation 100% well within the head target = ZERO Damage!

Moved a unit within 1-tile of structure to destroy again 100% well within target = ZERO Damage!

If it’s not a bug it’s a Road Runner cartoon where the Coyote puts his finger in the barrel of the gun and stops the bullet.

If one is 1-tile away from the enemy and there is no cover in between unit and the target, a shot that is 100% in the targeted body part should not miss.

Agree but did you noticed holes? Sometimes there’s a hole in middle of target, here is the miss. There could be bugs too, didn’t noticed anything totally obvious, it would require save and multiple check.

Take a note, in my case once aim down to iron sight with range 0 tile and your weapon overlapped with the enemy model it won’t gives any damage, the bullets gone thru the body

If one is 1-tile away from the enemy and there is no cover in between unit and the target, a shot that is 100% in the targeted body part should not miss.

Agree but did you noticed holes? Sometimes there’s a hole in middle of target, here is the miss. There could be bugs too, didn’t noticed anything totally obvious, it would require save and multiple check.