I'm shocked at how rough around the edges this game is

Backed the game about two years ago. PP is a lot of fun. I’m enjoying the playthrough, but all the game-breaking bugs are really detracting from my enjoyment. Given the Epic exclusivity deal you guys went with, and the guaranteed cash, I’m shocked at how many bugs you guys launched this game with. This game’s QA should be ashamed of itself.

I cannot count the number of times I’ve had to reload a mission because my cursor has disappeared while trying to aim a shot, or a character has bugged my round and prevented me from ending my turn. Coupled with the extremely long load times on startup, I’ve had more frustration than enjoyment lately.

Then there are the little things like soldiers going into missions with empty magazines. Why do I have to reload at the start of the mission when my characters have clips in their inventory? No soldier is going to go into a combat situation without his weapon loaded. Having to waste action points at the start of the mission is just ridiculous. And the civilians! Can we have an option to just skip their movement phase? I don’t want to have to have sit there watching each individual run around. Additionally, why on earth is the civilian AI running in front of my squad blocking their line of fire and forcing me to waste movement to go around them for a shot? 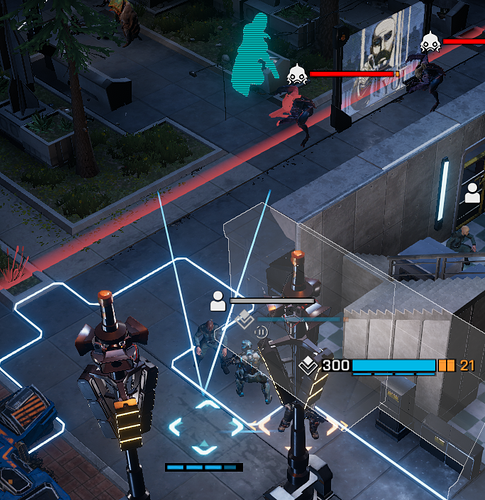 With as much time in development that this game has had, including the decision to delay the release date, I expected a lot more from PP!

All i can do is agree.

As much as i was anticipating this game and that i really want to enjoy it i absolutely cannot do it in its current state. Therefore i have quit playing it until they got rid of the glaring amount of bugs as well as the horrendous balance issues.

And, to make matters worse, infinite loading bugs now. This is a disgusting poor state for a game! Glitches I can live with, but bugs that force me to lose mission progress and reload the mission or save, which aren’t guaranteed to load every time on top of that!

Civilians? I control them myself, what’s those missions with civilians AI controlled?

I’ve had one lockup bug in two weeks of play, but I have a pretty new and beefy rig with updated drivers. I think the game’s not entirely optimized for enough computers, which might explain some of the complaints like this one. Shame that more people can’t seem to enjoy it because of such issues.

I’m enjoying the playthrough, but all the game-breaking bugs are really detracting from my enjoyment.

Oh man, you play Backers Build 5, not the final game. It has quite different issues.

Well, I’m confused then, as the e-mail I received said it launches December 3rd, and the Epic store page no longer lists the game as in early access.

It launched December 3rd. I’m not sure what you can see in EGS but you should get e-mail with a key for full version and redeem that key in EGS. Then install and run “Phoenix Point” (not the Phoenix Point content). Backers Build is still available for those who had it installed.

It still says backer build in EGS, however I did redeem my code when I received my e-mail from Snapshot games.

It was an e-mail from November 29th or 30th or earlier? 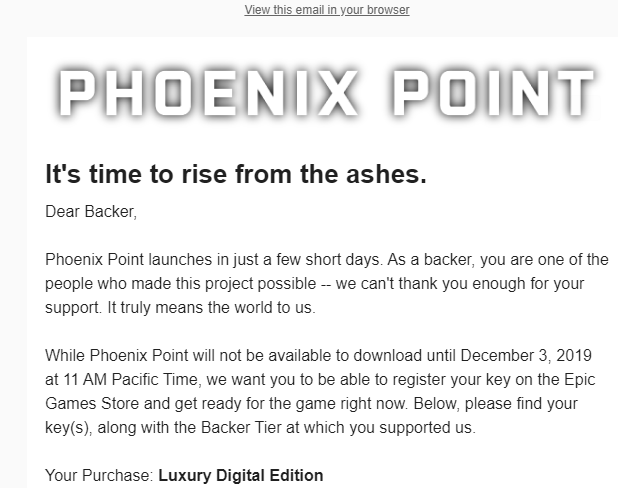 However the only version I have access to on EGS is BB5…what a mess this has been. I assumed epic would have auto-updated to the latest version, not a outdated one.

As already explained you should have two games in your Library, Pheonix Point Backer Build and Phoenix Point. The first isn’t updated anymore. They was two different keys.