How to get more materials

Hi guys. Got a problem.
I have tech, I have food, I don’t have mats.
I’ve just defended my base for a first time. I don’t have anything to discover on the map, and I can’t build a radar because I don’t have mats.
so what’s now… just waiting to regain mats from +5 bonus?! or I am missing some mechanic?
yes, I’ve already salvaged my flamethrower.
let me say, that some of my soldiers have only one spare magazine left. 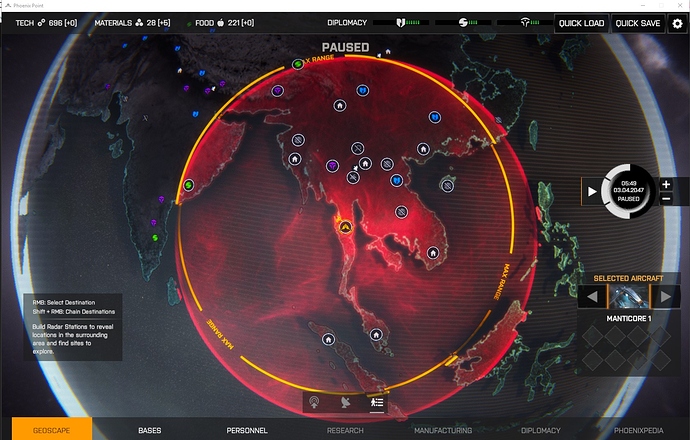 You are not missing anything. I have similar situation and I think that my base is even in the same spot on the globe as yours.

My advise would be that you should not destroy alien bases and let them attack havens. Those will give you materials for defending them. And bring everything from crates you will find in those havens. Currently they don’t mind you that.

Yea, as yokes already put it. Best thing you can do now is wait for an alien nest/lair to attack a haven for some reward mats. Best option you’ve got atm. And if you’re strapped for ammo as well then my suggestion would be to have a vehicle in your squad as vehicle weapons don’t require ammo… at least atm (gulps) gonna be pricey once implemented I imagine.

Or there is always resetting the campaign as another option