How do enemies progress?

Is it on a time scale that they build new nests, lairs and upgrades, or is it done by matching them to the strength of your units? Or, is it by the number of missions you’ve completed?

In my current game the enemy seems to be moving exceptionally quickly. It’s only been about a week of in-game time and I’m already seeing heavier armour sets. Actually they seemed to start with beefed up units anyway. They never had nimble legs, always 10 armour and they’ve been spawning with carapaces since the start. My first nest usually only has one spawn tower but this one had two. It just seems like the enemy are much further ahead than they’d usually be… 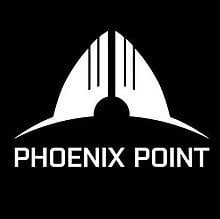 TL; Dr though
Every time you shoot an enemy body part (and win the battle) the alien faction gets the damage as points towards unlocking upgraded versions of the parts you shot.
All the parts (new and old) are kept in a list and the game randomly builds variations of units from them for each mission. This is why enemies seem to randomly spike up and down in difficult, it’s literally random.

Actual new enemy types (and amount) are tied to the mist and where you are in the story and the date, there’s nothing you can do to stall it.

All the parts (new and old) are kept in a list and the game randomly builds variations of units from them for each mission. This is why enemies seem to randomly spike up and down in difficult, it’s literally random.

So if we kept just targeting the same single area on all our enemies they’d not evolve any of the other body parts at all?

@SpiteAndMalice
I cracked open visual studio to take a look and… yes that seems to be the case. If you don’t shoot a body part it won’t be upgraded.
The “GeoAlienFaction” class only uses its body part evolution data in a few places, and it isn’t publicly accessible, and the only place evolution points get added is when the results of a tactical mission are applied to the geoscape game model.

tl;dr
If you don’t damage a body part at all it should never get upgraded, as far as I can tell.

Damn. I was hoping it wasn’t something like that. Essentially I think my game has been harder this time around because I’ve been doing way more missions. So even though it’s only been a week of in-game time I’ve done about 20 or more missions.

I guess it also means that if you actually want to win then you should refuse to do more missions and wait for things like research, manufacture and training rooms to do a lot of work.
There’s definitely a slow march without having to win battles though, so I guess winning just gives it a boost?

Feels like the easiest way to play it would be to have your guys sat in a base with a load of training facilities. Only send them out to defend from attacks until you’re maxed out.

That way the enemies stand a fairly decent chance of still being weak by the time you’re hitting end game.

Edit:
Or actually, you could attack the other human factions. They don’t count towards the alien advance either and you can steal tech and resources.

So basically, it’s in my interests, in the long run, to kill enemies by targeting their least potentially dangerous body part possible?

Sounds like leg-shots are the new head-shots then (or is it weapon-arm shots?) I trust you don’t end up facing crab-men with laser beam legs or anything?

Arms is probably a good idea. I think the crabmen max out at 20 armour on arms. Though, maybe hitting every body part will cause each part to develop more slowly. So perhaps the best idea is to try to spread your damage to keep enemies as underdeveloped as possible in every area, rather than buffing up a specific area.

Also, could someone clarify how the weapon upgrades work? I take it it isn’t down to destroying the weapons, because I’ve barely done that and they’ve had lots of upgrades. Is that just down to winning too?

Based on that reddit post, it’s impossible to game crab evolution in a meaningful long-term way.
If you somehow do all your damage through carapace, you should be able to prevent other parts evolution - but you also gain nothing from doing so until you try to exploit these other parts, which would make them evolve too.

Yeah you can’t really game it, but it does add an incentive for you to steal what you need from the other human factions instead of doing scavenging missions.
No point in letting the bugs level up if you don’t have to, the humans have to research their tech the same as you.

Depends on whether raiding factions actually damages them. You don’t want to accelerate doomclock or slow down their research too.