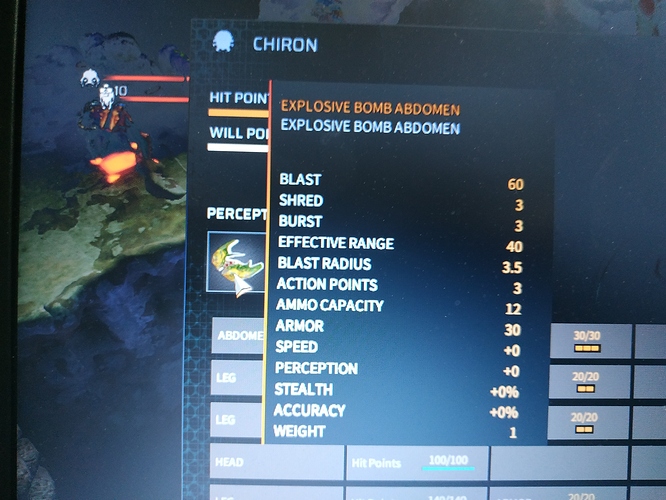 15758980221859684608937875355072016×1512 1.38 MB
Guys,l am not joking here,later in the game,there is a heavy artillery enemy behind the line that fire 3 explosive bomb into your squad from a far distance before you reach it or spot it and without showing you where the bomb will hit and giving you one round to evade like the archon in xcom 2,so if your troops stand in the open,they must take damage,even worst,those thing don’t have a ability cooldown,here is the details: 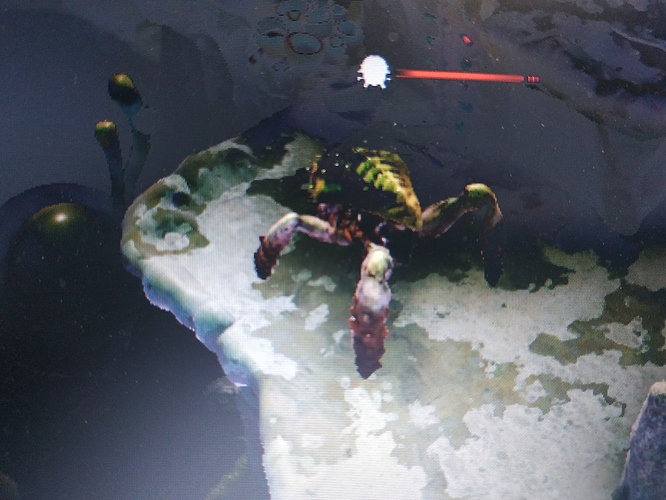 The worst is I am playing on easy mode, l saw two of those thing in a heaven defense mission,after l kill the first one in the first round,then the second one from a far distance in the shadow fire 3 bombs wiping 2 of my squad member before l know it or spotted it making it impossible to play

l hope the developer fix this enemy by giving the player one round to evade the bomb and showing where the bomb will hit like the archon mechanics in xcom 2.

3 Likes
How to defeat the final boss guide(my only way)(spoiler alert)
There is a Crippling Enemy in Lairs
Lemdoran December 9, 2019, 1:35pm #2

hehe welcome in phoenix point i guess xD a lot of people complain about this guys/crabs, (me partially included)

All i can say is; use and abuse of the game, a sniper with a heavy subclass wearing a heavy armor torso and using the heavy lvl 7 perk is the better way to deal with this guys from anywhere on map (the jetpack help going into position, and an assault with the “give 1 ap to team” can help your sniper having 5 ap per turn, increasing is possibility to shoot and jetpack in the same turn :)).

Yes,perk and abilities may be do the job,but the problem is this kind of Chiron can fire the bomb from a far distance before you locate it or spot it,lt is like a phoenix point scarab shooting the missiles into the enemy

the trick is to take highground at the first turn, either with a heavy jetpack or multiple dash of assault (with no malus on helmet about perception). Chiron have a MASSIVE malus in stealth, so even an “ok” soldier with perception of 20 is able to see them from across the map assuming their isn’t wall between them and the chiron

You can then move accordingly to cover or take some shots to him and disable his ability to aim before it can even shoot.

Thanks for the tips, otherwise l am starting to think this game is impossible to play,let’s hope Christopherodd don’t get his squad destroyed by this beast in his legend gameplay

It’s definetly hard, probably too hard in easy setting to be honnest, but definetly not impossible, you have some gameplay around youtube that show how to use and somehow abuse of class combinations to make the game a piece of cake

If you want / need help i link a vids from another forum user, it’s several hours long but the passage you may want / need is at 1h54min ~30s and dure about 2 - 3 mins

I fought the Chiron in a story mission, and I only had 1 double class soldier at that time (playing on hard). I used 3 snipers to destroy the abdomen with the quick shot skill and basic Phoenix weapons. It looks like a good strategy for the beginning, but it can get a little bit difficult when there are more enemies close by.
The Chiron escaped after I basically unarmed him.
On my YT channel, you can see my playthrough, sadly I didn’t record the fight with the Chiron, screwed up something with the recording settings

Nah man, the Goo abdomen is the scary one.

l don’t think so,the goo abdomen only Immobilize your troops for a period of time so your troops cannot advance or hide from the enemy,but this type of Chiron is similar to a phoenix point scarab,do you know how it feel when your troops get hit by 4 missiles

Sure, maybe not impossible, but probably something a user should encounter very late in Easy mode perhaps. Or several degrees less intense in Easy mode.

it may be changed with updates x)

Agree I played my playthrough on easy and found it equivalent to veteran on FIRAXCOM. Much tougher than “easy”

Yeah, basically quit a run when I came across these guys. Had 2 of them in the same map with 3 sirens. That’s a “nope” situation right there.

Judging from the worm launchers during a Lair mission, they never seem to run out of ammo. I had a worm Chiron active for more than 5 rounds and killed about 4-5 waives of worms.

They need to have limited ammo, much like the Phoenix vehicles. Or at least make them have to reload for a turn before shooting again.

chirons have ammo capacity and cannot reload if let them shoot all the salvo, if they have no other way to fight they just leave the map. Anyway i found a bomber in haven defense lucky on the first salvo and then just dash close and 2 shot from a shotgun in the face do the work of course i was lucky there’s nothing else on my path.

I have yet to encounter the explosive variety but I can very much attest that the worms do not end. Or at least it is not clear whether 1 worm fired counts as 1 ammo spent, or each salvo is only 1 ammo.

I’m sure in BB5 I saw a Chiron run out of worms, but I might be mistaken. I realise that’s not helpful.

I’m sure there’s a joke in there somewhere.

‘A Chiron goes to the doctor. “Doctor, my worm sack is empty”’.

Props for the best punchline. lol

The worm guys carry 15 worms, firing 3 each time, so that is 5 rounds of them plopping them down on you… seems you may have expended all of that chirons worms. The bomb guys only have 12 shots, although getting through all 12 is a lot harder than the 15 worms.

I’ve found 2 ways that are not only fairly easy, but also rewarding to dealing with the worms:
The neuraliser deals 8 paralysis damage, which paralyses a worm for 3 or 4 rounds. By that time you’ve probably walked away or finished the mission. If you have walked away, once the objectives done come back and paralyse them again. They’re worth 35 mutigen each if you capture them.
If you have a priest, use a different troop to kill an enemy, any enemy other than a worm. It’ll decrease everythings will by at least 2, which means you can mind control each worm for 1 WP. You’ve got the choice to pop them, try and attack with them, or hold onto them for mutigen.

Pistols are also an easy solution but less fun.

I am tempted to get into game files just to fix it myself, because every time one of these spawn on a mission, it’s “nope, quit” moment.
Knowing it’s on a map does nothing, it’s behind dozens of enemies, and at the end of turn 3, an artillery strike comes from the other side of the map and nukes your entire team no matter how you spread out.

The only way to deal with it is LUCK, getting it to spawn in a physically reachable position (HELLO LAIRS) where you can get to it without tons of enemies in the way.