Now that the 1.0 release was confirmed for December, let’s theorize what those DLCs could be:

Probably this will be the floating base, judging from the initial campaign end goals. Maybe “titanium” refers to the structure itself, and “blood” to the lifes of everyone lost to build such a structure.

.: Legacy of the Ancients

With a name like this, it has to refer to the first race of Earth’s hominids who managed to defeat PV, so I’m expecting a much more lore focused DLC. And, yes, the search for the Ancients will be done underwater, hence underwater missions;

Yeah, most probably the aliens take the fight to the skies, which up until that point was mankind’s main advantage. PV recognized it as such, and evolved to counterattack.

Sounds like solid guesses. Way back Mr. Gollop said first two DLCs were to be based of underwater missions, and two of the unreached campaign goals would fit.

I am comewhat sceptical toward new layer of tactical missions being offered as $10 DLC though, unless it will really go Terror from the Deep route and offer pretty much the gameplay new skin.

The only thing which comes to my mind as contender for DLC no. 3, are Behemoths.

While not flying units, they do reach the sky, and there was mention months ago that they might not make it into the 1.0. They were also quoted as somwhat of a replacement of aircombat - as you will intercept them, land on them and perform tactical mission to destroy them.
If they are not present in 1.0, my guess would be that this is what the 3rd DLC will be. While those were planned for a long time, I can’t find them anywhere advertised in the original campaign, so if they weren’t able to impliment them propely into the base game, they would be a fair game for the DLC.

It also would make sense that three DLC which are set in stone are two unreached streachgoals and a feature cut from development.

Hey. But streach goals were ment to be for free after release. Those announced recently are sold for a price.

To mark this milestone, the company is announcing that the previously unmet “Floating Phoenix Base” stretch goal will be made available to all backers as free DLC.

I suppose backers means those before Epic deal

And, yes, the search for the Ancients will be done underwater, hence underwater missions;

I may be going off on a bit of a tangent, but am the only one that doesn’t look forward to the prospect of underwater missions? Like with Terror From the Deep, I loved UFO, but found TFTD a real turn off, and not just because it was essentially just a reskin.

The very concept of transferring what are supposed to be tense, agile tactical skirmishes involving trained land-based soldiers, as they duck and weave behind spots of cover, to an underwater setting, always seemed a bit preposterous. Will everything be in slow motion? Will the squad get to wear Victorian-style diving helmets again? And massive weighted diving boots?

All this, and the idea that if you take any ballistic damage, this should probably mean that your suit is punctured, which should in turn probably mean you drown. I’m very much not convinced about the whole concept. Unless they do it Firaxis style, and just put you in a normal room and show some wobbly underwater effects at the edges.

ill everything be in slow motion? Will the squad get to wear Victorian-style diving helmets again? And massive weighted diving boots?

I hope so: underwater missions should be distinguished in some way and I believe few graphics tricks could make them visually beautiful

Also some new animations could be implemented in such an environment (idle/walking/running, etc.). Unless we are talking about interior fights only (Firaxis style, as you’ve said).

but am the only one that doesn’t look forward to the prospect of underwater missions?

You are not the only one. Underwater missions is something even less important in this game than soldier customization (which I think is redundant).

I can foresee some more issues if the battles really are in the water, as opposed to in a room underwater; hardly (if) any current ballistic weapons should function. Thrown weapons (grenades) should have a minimal range. Crossbows should work, but again, should have limited range. They will have to bring in a whole new subset of underwater weapons, and this of course means the dreaded (and boring) harpoon. I’m struggling to think what else could work.

It just all feels a bit ‘Warlords of Atlantis’ starring Doug McClure.

Agreed, although I don’t think soldier customisation is completely redundant; I find it useful on a tactical map, if only to more conveniently see where Leeroy Jenkins is, who always wears blue, for example.

I’m always in two minds about purely role play elements in games like this, but I don’t think this is really one of them, for the reason stated. That said, it is the small things that help with immersion. I prefer the sense of loss in any modern XCOM when a squad member dies, to the experience in the original games. Some (usually European) private, let’s say Dieter Schmidt, takes a friendly autocannon to the head. Next! You could just buy another rookie, and get on with the game. It’s the investment in your small and persistent team that adds to the stakes, in my opinion.

I may be going off on a bit of a tangent, but am the only one that doesn’t look forward to the prospect of underwater missions?

Nope, unless they have a cool idea on how it could affect existing mechancis. I like it thematically - monsters come from the water, exploring what is in the water could be interesting and terrifying. I have no clue how it could possible work gameplay wise.

Nope, unless they have a cool idea on how it could affect existing mechancis. I like it thematically - monsters come from the water, exploring what is in the water could be interesting and terrifying. I have no clue how it could possible work gameplay wise.

It sounds like a lot of work to make it something more than just an aestethic thing. I think of some really huge DLC which overhauls the base game (like War of the Chosen).

but am the only one that doesn’t look forward to the prospect of underwater missions?

As it was said in another reply, I think it makes a huge leap forward thematically. It just makes sense to take the fight underwater, as the mist originate from the bottom of the ocean. Right,gameplay wise is another thing, remains to be seen what Snapshot can add to that. Perception and stealth systems have to be revised, new armours have to be added, regular weapons don’t have any effect underwater, as this hilarious and scientifically correct scene from John Wick shows us: 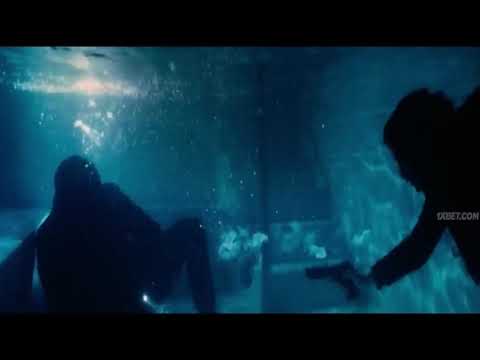 soldier customization (which I think is redundant)

@Yokes, let’s agree to disagree on this one

It doesn’t add anything to the gameplay, sure, but it’s just very cool.

As it was said in another reply, I think it makes a huge leap forward thematically. It just makes sense to take the fight underwater, as the mist originate from the bottom of the ocean.

Thematically and logically, yes. In reality? There’s no way (unless there’s something huge they held back from BB5) they designed and implemented a whole new underwater game. My guess is that the narrative will tell us the mission is underwater, but in reality, and on reflection, it will be the ‘normal room with wobbly walls’ scenario.

Marine Spetsnaz have modified assault rifles that work above and below water. But id assume they have a depth limit of <10-18 meters maximum. And if they do include underwater combat I hope it wil be very deep - like the Abyss movie.
Wouldnt make much sense to fight pandoras in shallow water.

They updated the Epic Store with the first 3 DLC: https://www.epicgames.com/store/pt-BR/product/phoenix-point/home

Here the real size banners for the DLC, with release dates! 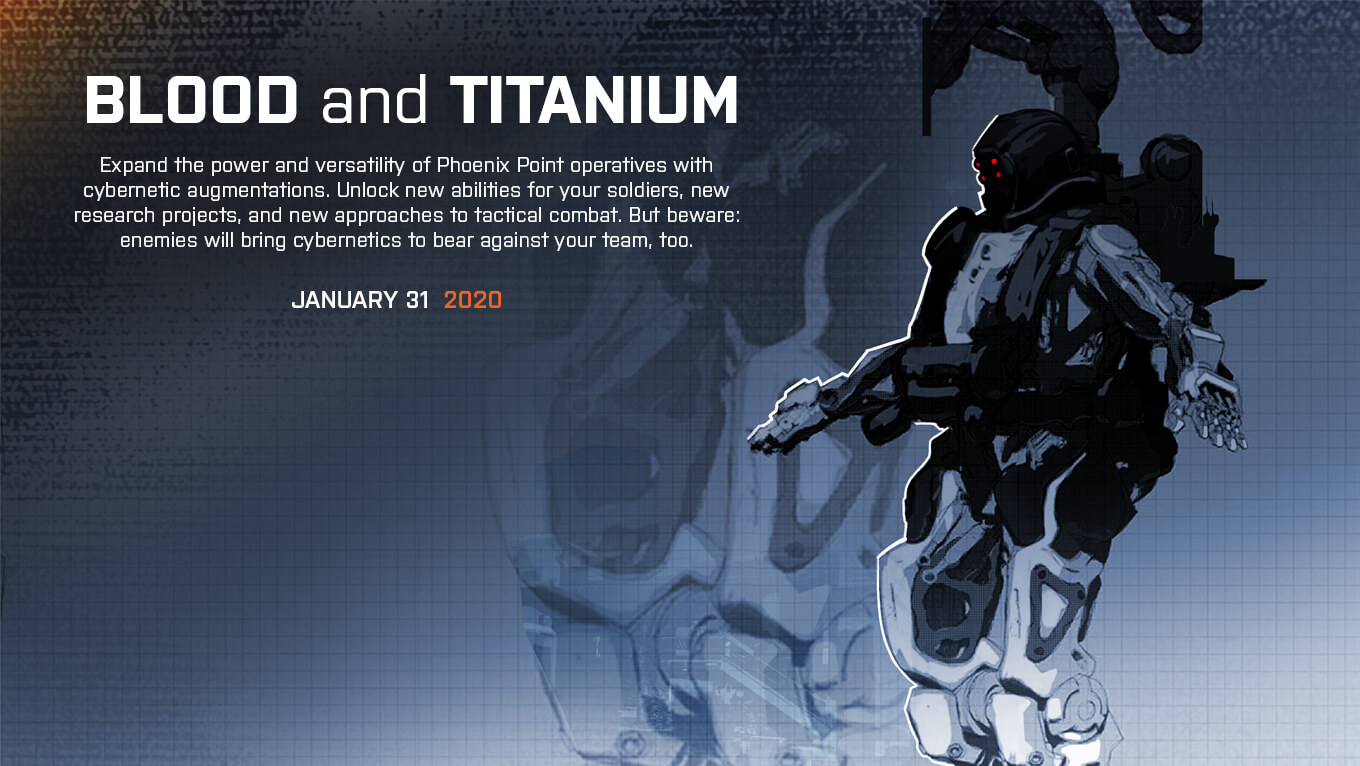 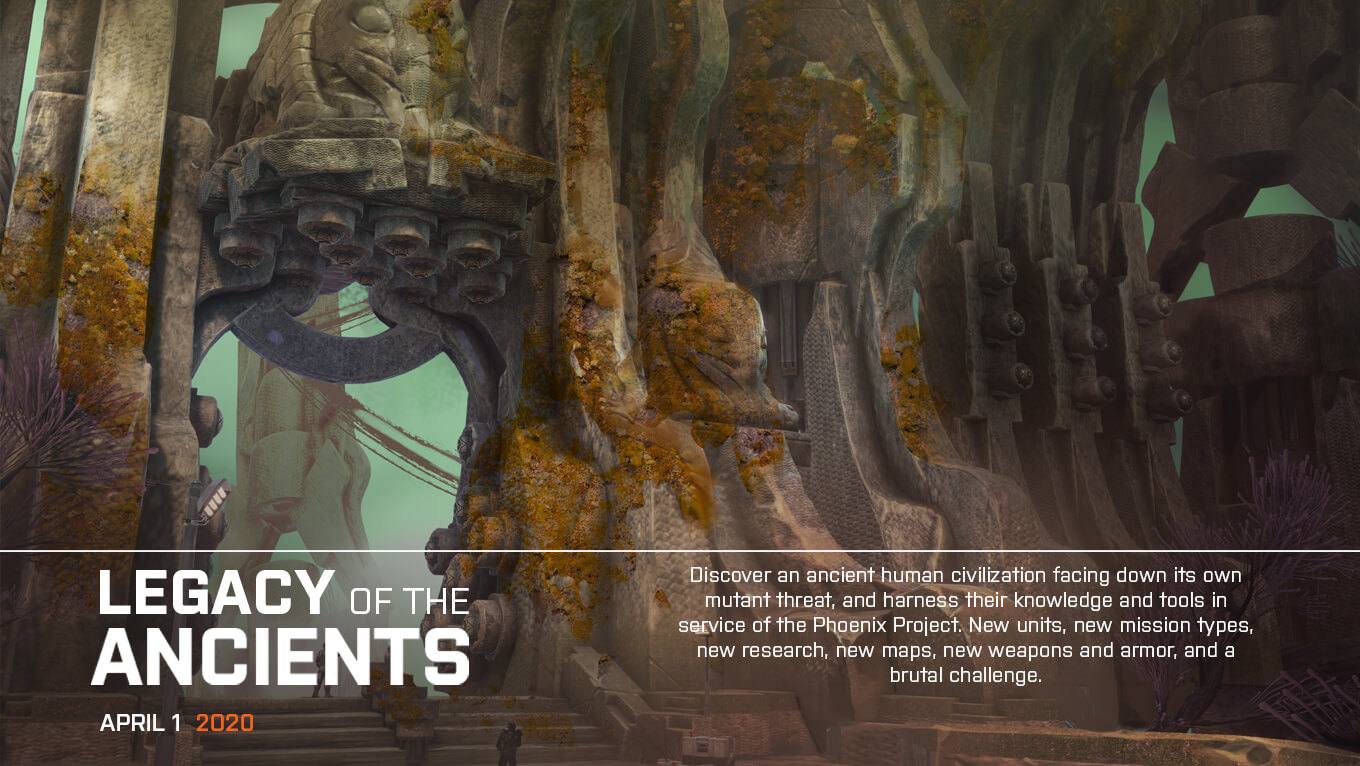 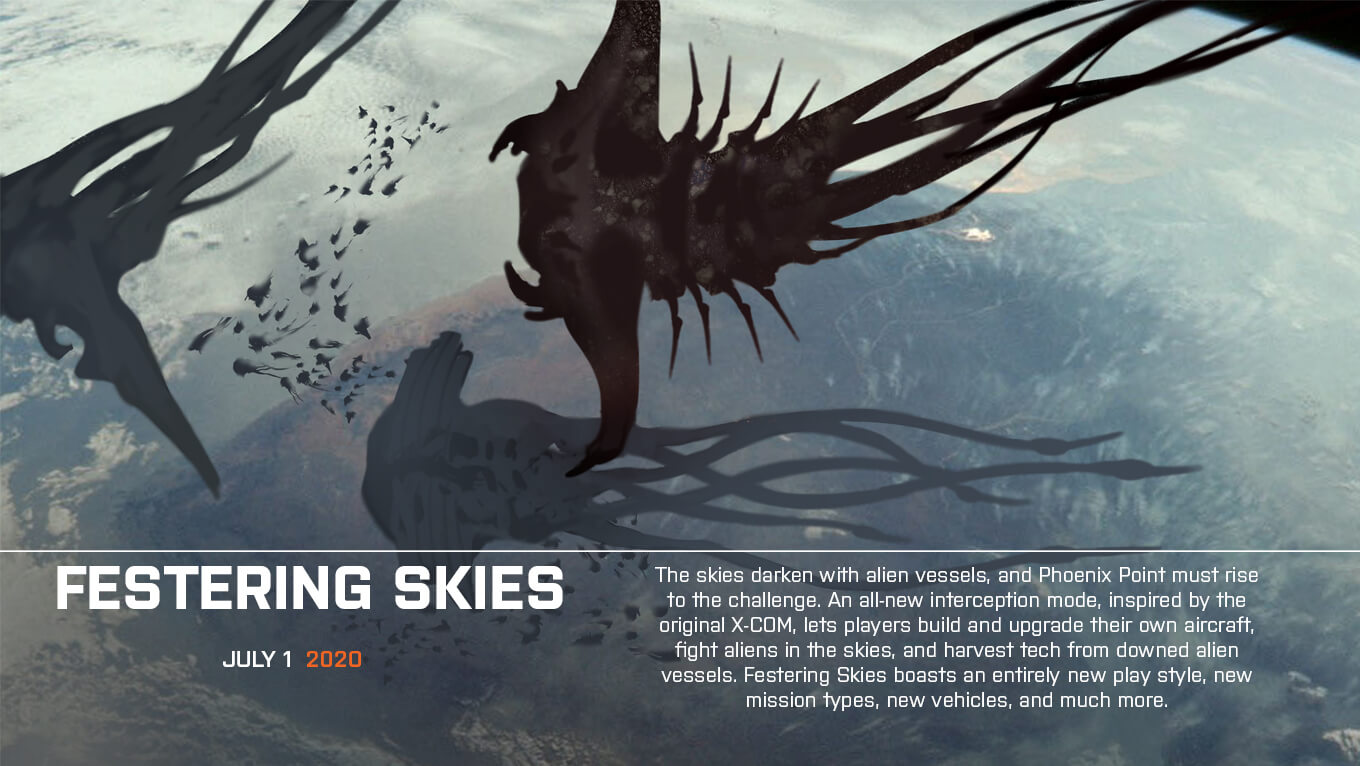 Cool stuff! 2nd one seems like it might be the underwater stuff. Other then that I was quite off.

Interesting. And all of this in the span of just 6 months.

So I suppose they already work on those mechanics and units. And base game must be quite complex to accomodate such changes. So was BB5 stripped from much of the content which we will see on December release? Because BB5 made nice impression with new classes, weapons, havens, events and research, but it lacked joy of playing due to bugs and inbalance. And now I see that in next 6 months will be available new research, new tactical options, new units, new missions, new maps, new equipment, new vehicles and MUCH MORE???