Is this ability not supposed to affect mind control?

Used it on a siren but it still mind controlled my guys, just wondering if this is intended or not. I would assume mind control is a Will point ability but I haven’t tried observing whether it actually drains WP from the siren.

same thing happened to me, not sure about wp, but i dont think its supposed to drain wp but just stop for one turn. but i was def confused and luckily i killed the siren or would have been screwed

HOWEVER, idk if you used disrupt on a siren already midcontrolling a solider, if it would stop, i think thats the only other explanation of how a neural disrupter would work

nope. this thing is utterly broken. the description word for word says:

“Disrupt target for 1 turn, causing it to become DISORIENTED and unable to use any willpoint abilities.”

it neither causes disorientation, nor does it stop the enemy from using willpoint abilities.

It. is. broken. just like sooooooo many other things in this game. devs really need to spend less time on new stuff, and much much more on ironing out all the bugs still remaining if they want to have ANY chance of grabbing any significant long term interest in this game.

Bionic augmentations is a recent thing, after Blood and Titanium DLC,

But I think that lack of enough Testers is causing bugs appearing too often, easy to catch, just playing, imo

I think that lack of enough Testers is causing bugs appearing too often, easy to catch, just playing, imo

agreed. like so many devs these days, there is little to no money spent on testing. hell, when I was in game development in the 1990s, we had multiple in house playtesters working full time to test every single piece of code. I just do not understand how modern coders think themselves immune to frequent bugs so never spend any money on testers. it’s backwards. like saving a penny, but costs them a dollar.

We do have an in-house QA team. Generally, games are more complex than then were 30 years ago. With more sandbox style games, like Phoenix Point, there are a huge number of different mechanics and systems and sometimes bugs do slip through. We’re fixing them as they’re found/reported.

that’s a reasonable answer, but I know a couple of things about QA testing, and these kind of bugs should be fixed by “in-house” testers before reaching customers, imho

In an ideal world there wouldn’t be bugs in the code and QA testers wouldn’t be needed. Unfortunately, bugs exist and sometimes they get through.

I know, and I am not that kind of idealistic, I worked as QA tester recently.
I am not saying that coders and engineers are infallible.

" Unfortunately, bugs exist and sometimes they get through."

I’d buy that if the kinds of bugs I am seeing in this game aren’t so obvious you would literally find them on the very first attempt to test for them.

like say… disruptor not even working. at all. anywhere.

have you guys ever seen it used on your own soldiers? I have it does not drain my WP it just stops that soldier from using any skill that requires WP for 1 turn. is mindcontrol a WP or a AP skill

Maybe it stops only human abilities?

have you guys ever seen it used on your own soldiers?

Yes, it works as intended when the enemy does it to you - you can’t use any skills that cost WP. MC costs X WP (the WPs of the target) and 1 AP.

Which is why I guess the bug wasn’t detected - because it looked like it worked fine when the Pure appeared.

Yes, the Pure use it all the time, and it works, you can’t use abilities requiring WP,
and I like it, because poor guys, they need every advantage to fight my Squad

That is why I ask about testing it on human opponents. Maybe aliens can’t be disrupted/disoriented.

I’m not on my gaming PC right now so can’t check it for at least few days.

I will test, the Forsaken are humans? 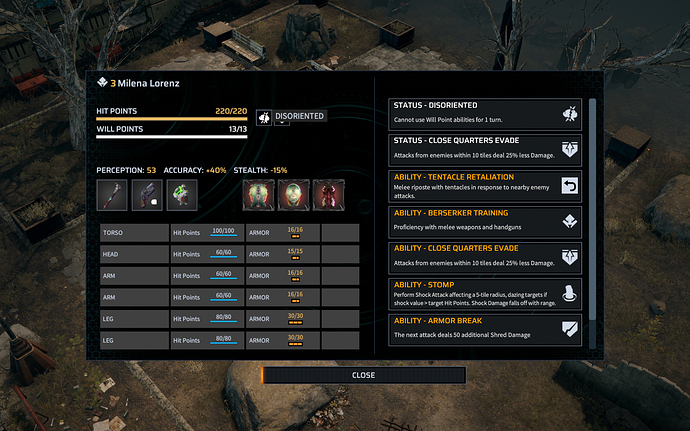 I tested, Sirens are immune to Disruptor Heads. 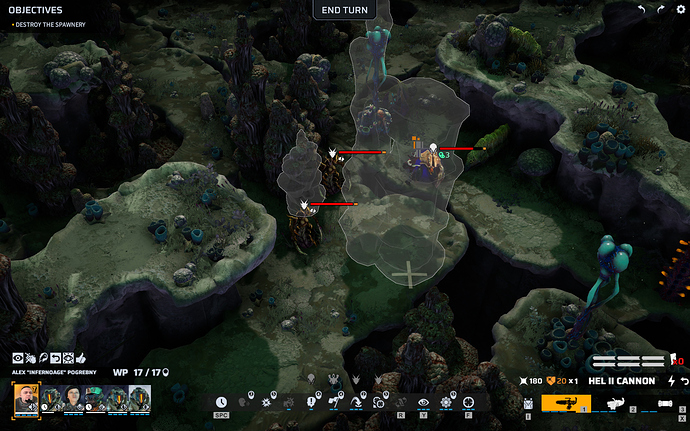 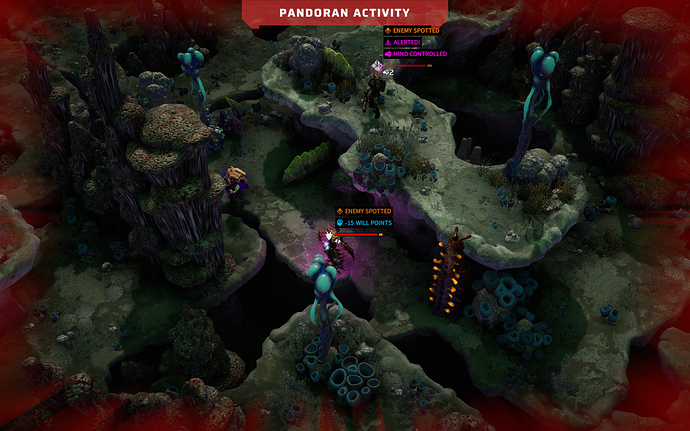 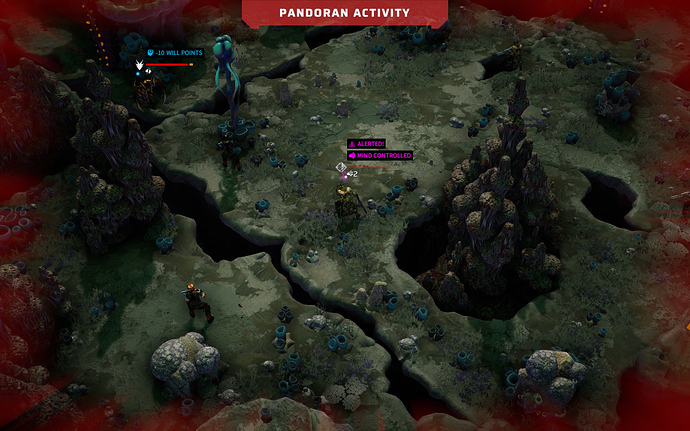 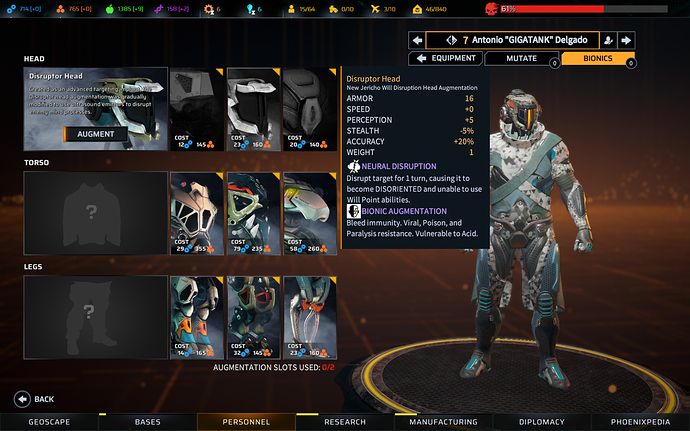 The game is not considering MC as WP ability

I’ve checked with QA. The issue is known - so it is considered a bug and it has been reported. It’s on the list to fix.

is mindcontrol a WP or a AP skill

both. 1ap plus whatever willpower is required to overcome the target’s will. IOW, definitely a willpower skill.