I’m just wondering if the DLC is not ready yet or am I missing it?

There is option to enable it when you select difficulty.

Hm, no, only 3 DLCs that are not relaesed yet. Got a screenshot for me?

DLC is available, but only when you launch a new game with launcher : 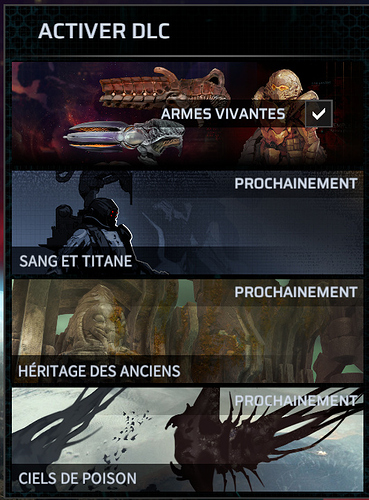 Well I see I can download the “Phoenix Point Content” now, didn’t work for any reason yesterday.

Might be able to help you here - if you’re using Epic see if there is a Phoenix Point content option and download that as well, if your pre order was before Epic you definitely should have it.

When i start PP via Epic launcher DLC is present, but when i launch PP via windows explorer DLC is not present, strange

I will try to find a way.

Sorry, can someone take a look again, I think i miss the Armor Set!

If I watch the items included in the “Phoenix Point Contents” only these are listed, no Armor Set. 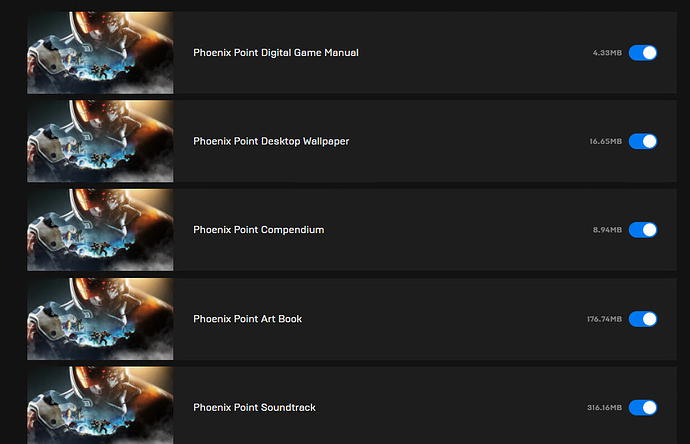 And the Game itself: 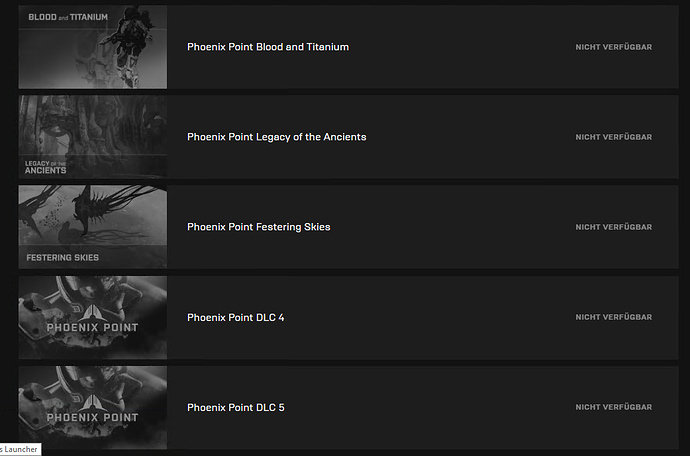 It’s included as part of the game itself - it doesn’t appear as a separate item. But I did discover yesterday that it checks your Epic account for eligibility - so if you’re not running through the launcher, the DLC doesn’t show when you start a new game.

Will it be fixed or not?

What will happen if I start a game with Epic and DLC and than copy it?

It’s isn’t considered a bug, so unlikely. Because of the way DLC is integrated, there’s no way for the game to know that you have the DLC entitlement without it checking with the server.

That said - if you start a new game from the Epic launcher, enable the DLC and save the game - you will continue to have the DLC enabled on that save even if you launch directly

That said - if you start a new game from the Epic launcher, enable the DLC and save the game - you will continue to have the DLC enabled on that save even if you launch directly

Well, at least, maybe I will try out or just play the game I’ve just started.