Hey guys! Here are some videos I took of a recent playthrough of Backer Build 3. I’ll report bugs in the same manner @Yokes did, since that seemed to be useful. Here’s the first video I made today:

After that hang, I had to restart, here’s the second video I made:

I hope these help! Some more general comments. Not bugs, but quality of life issues:
1: The camera can be a little annoying at times, such as when using Rage Burst on far-away enemies–you can’t see what you’re shooting some of the time.
2: The climbing animations can be a little slow, along with the shooting animations of the crabs. I wish there was a way to speed them up a little.
3: I’m sure you guys will, but just a reminder to work on the inventory UI. Phoenix Grenades and NJ grenades are hard to tell apart, make sure everything has distinctive icons, etc.
4: One thing I’ve noticed is that the purple of the Anu faction is hard to tell apart from the red of the enemy faction when the aliens are attacking. You may want to make that purple a little darker.
5: I didn’t mention it since it wasn’t a game hang, but sometimes the alien turn slows down when it’s just the larva doing a :wiggle:
6: In general, the shotgun seems to produce a bit of slowdown, and its tooltip is hard to understand IMO: 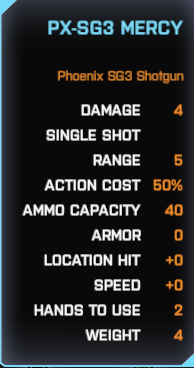 It says it does 4 damage as a “single shot,” with an ammo capacity of 40, but it seems to me each “single shot” releases 10 bullets. You might want to change it so it mentions having a burst of 10, even if it’s not really a “burst” but rather a single load of shot with 10 pellets that do 4 damage each.

7: On that note, it seems like there is a base inventory system, just like in the original XCOM, because in my first base the inventory was full, but in this one I have nothing! 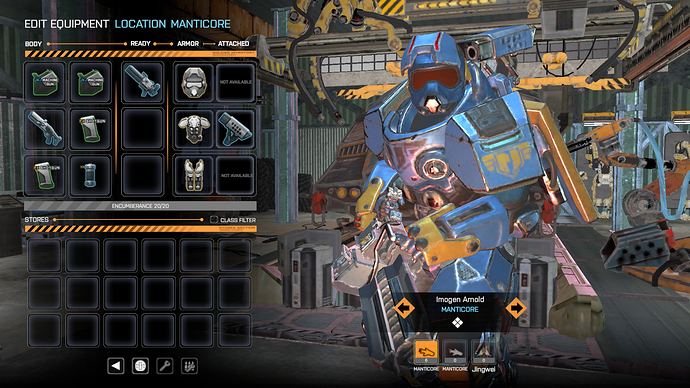 I’m sure you’ll add it in, but yeah, just make it clear that each Phoenix base has its own stores

8: As a general comment, the geoscape looks very cool, but the black color can make it hard to tell if it’s nighttime or not, which could be important if you implement night changes to vision/fog of war and stuff

But yeah, those are my comments on this latest build with this latest patch. Hope they help!

yes, noticed some of it on mac as well but only used the internal ticketing system.
basically, inventory issues and hangs. sometimes overlays disappear.

That sound issue is new. I also have experienced that in alien base attack - sounds were like muted or something. Question is why it was even affected by the patch.

Grenade launcher has the same blast radius as missile launcher. Question what is wrong. Representation of radius as too small or effect of explosion as too large.

Objective in both nest and lair are wrong - they should mention spawner or queen instead of all.

So when the enemy is at panic he can run in the same spot as the other enemy. That is nice bug catched.

God. This testing is exhausting.

I’m preparing list of bugs which were at the end of BB2 and showed up in BB3. And I still find new…

Another day, another Phoenix Point playthrough:

Aside from that, more notes: I’ve noticed it’s easy to cheese the nest assaults in this build. Since the spawner is a pretty big building, and the entire map is visible to you, if you look around you can get a pretty good idea of where it probably is. That means you can just take a couple of assaults with shotguns and rush straight to it–if they have Exertion they can reach it even just running past all the crabmen and eggs. Once they get there, a single burst from a shotgun, 2 at most, is enough to completely destroy it since it’s such a big target even a low-acc shotgun can’t miss, and the shotgun deals so much damage. At least in alien lairs you have to fight the Queen, who’s much tougher than the helpless Spawner. This will change, of course, as the devs implement fog of war, map exploration, and maybe spawning abilities for the spawner, but just wanted to let you guys know

Gunlord500, You can actually enter and play Alien base assaults? The program just hangs in the loading screen for me when I try to enter an alien base. ANY alien base, anywhere on the map.

Hmm, that’s weird. What kind of computer are you using? You should definitely make a note of that in its own topic, I havent run into that problem but it seems important (I’m on a Windows 7 PC)

iMac. It meets all the specs, and the rest plays ok.

I have made it known to the devs.