Assault rifles are often called the worst weapons in Phoenix Point. I find I use them constantly, throughout the campaign, including the basic Phoenix Point Ares rifle. 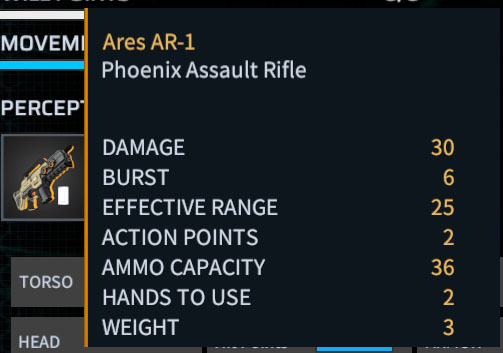 With the effective range at 25 hexes, it beats the crab machinegun hands down: 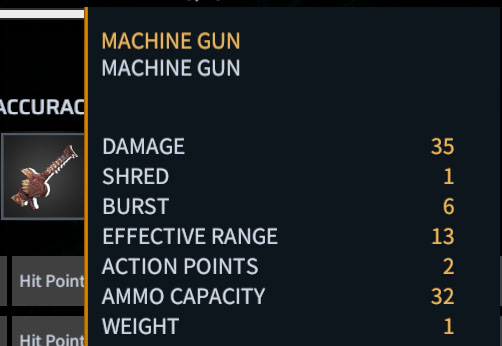 So early on, your team can stay out of effective range and still be very deadly to the crabs. Also, with crab perception at 25 hexes, that means their return fire is about the same as their effective fire, so again, you are out of range for that if you stay beyond the 13 hex mark.

Crab grenade launchers are even worse: 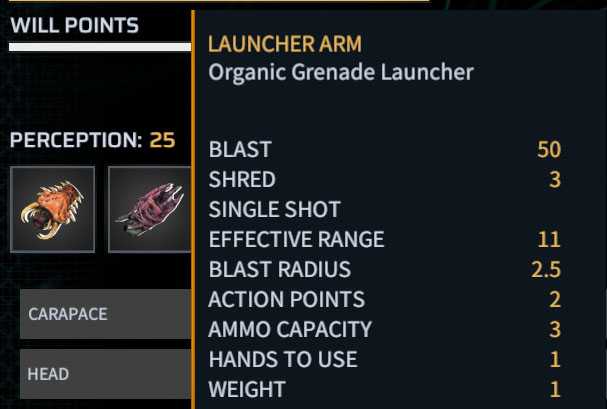 Later in the game, you gain access to Synedrion laser weapons and the assault rifle really comes into its own: 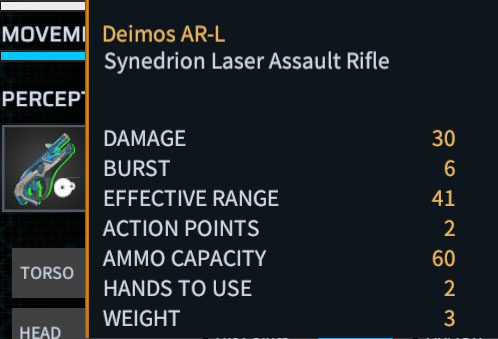 Of course, while it sounds great to stay 25 hexes back and gun down the crabs, it doesn’t quite work that way: 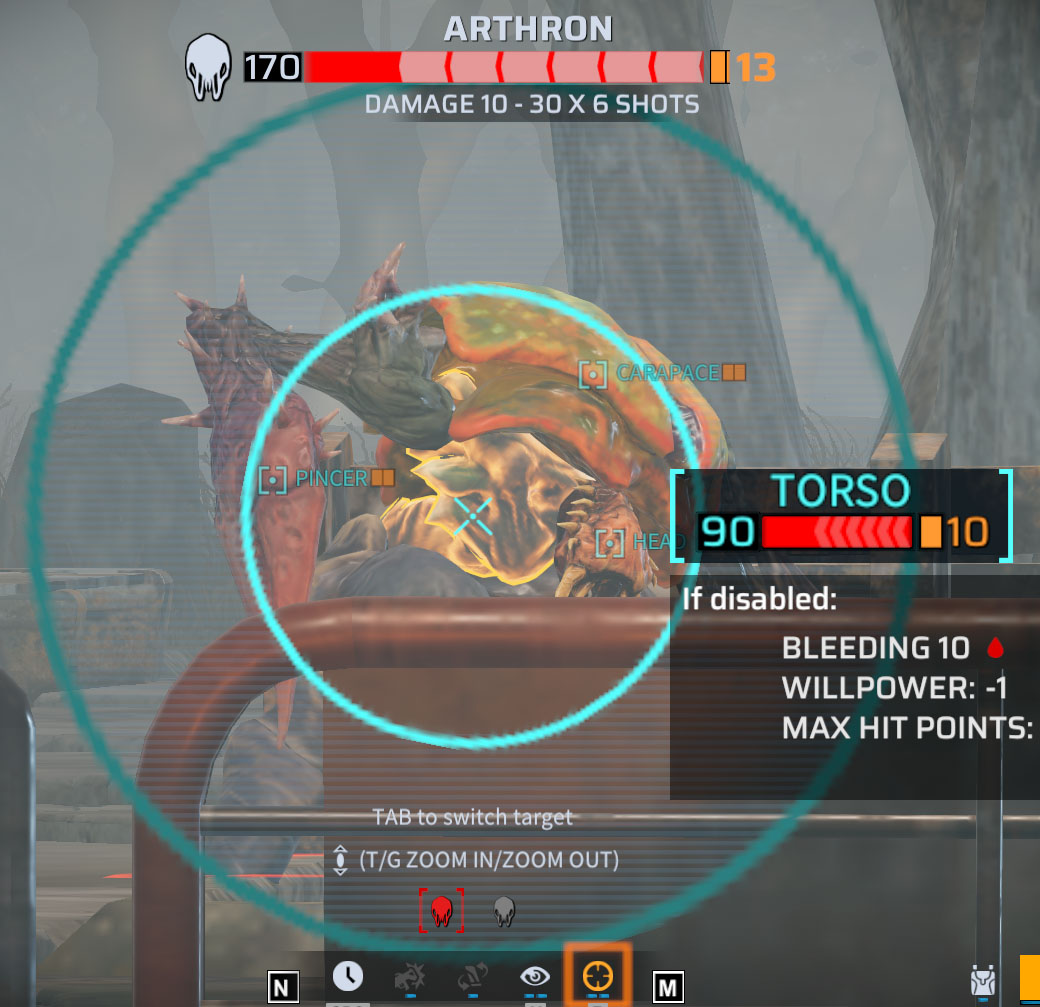 Only half of my shots will likely hit the target and some of those will go into heavy armour areas. The laser rifle does a bit better at a similar range: 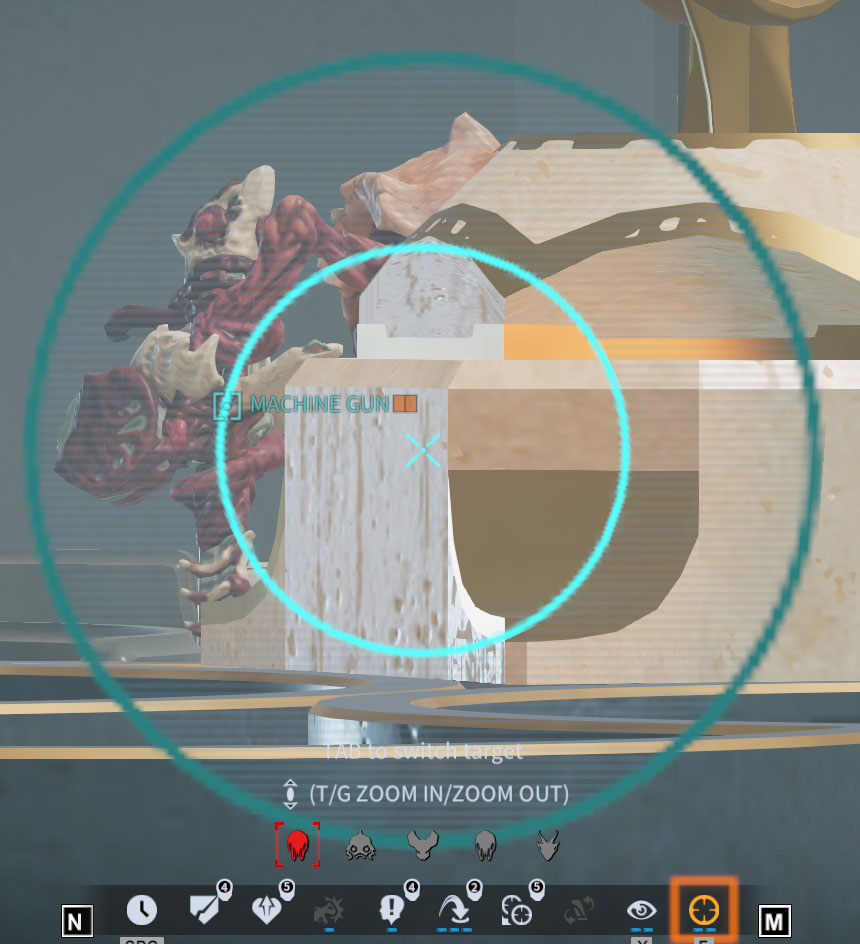 But if I take the range down to just outside effective crab range: 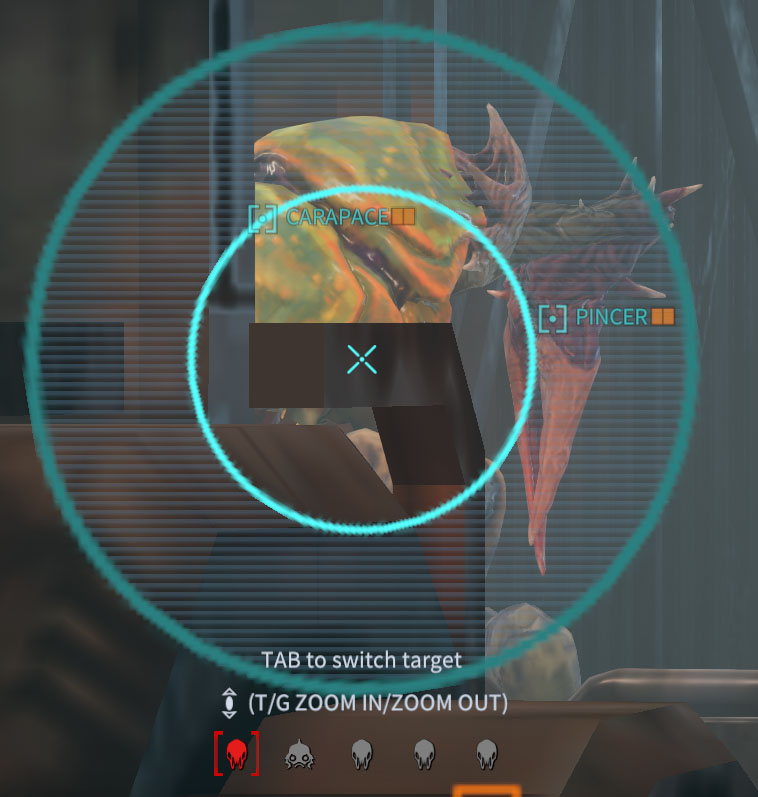 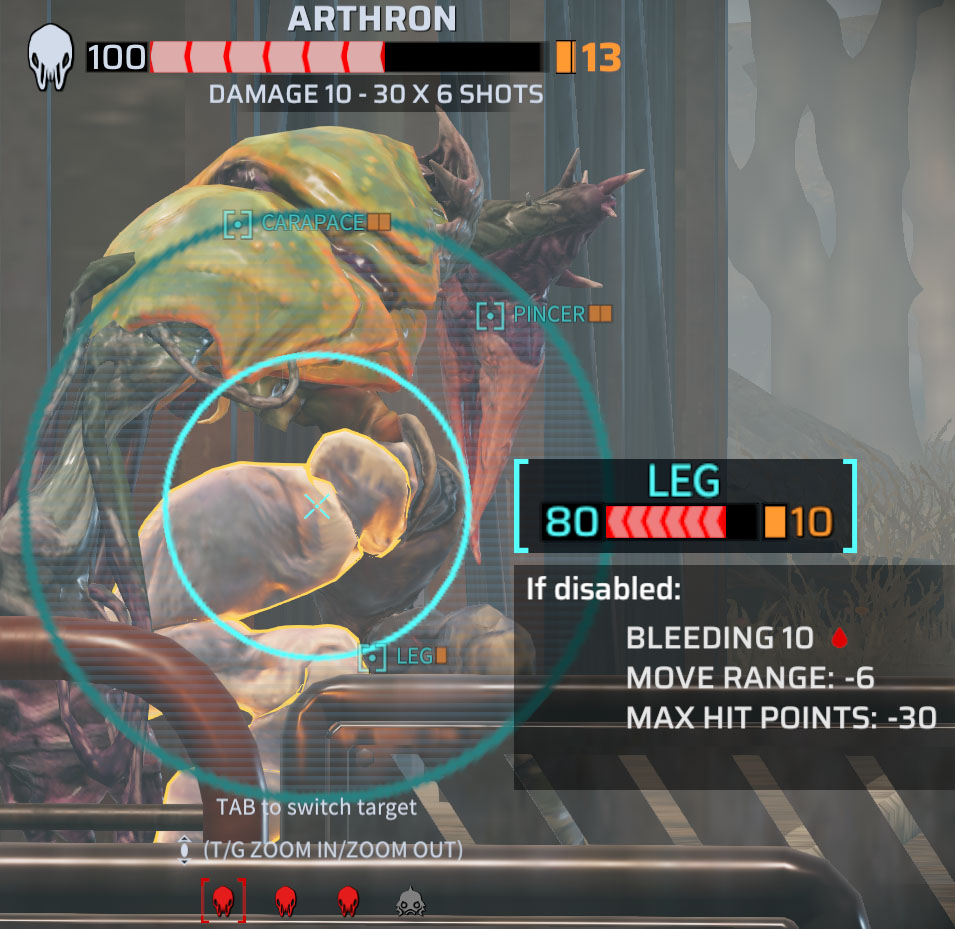 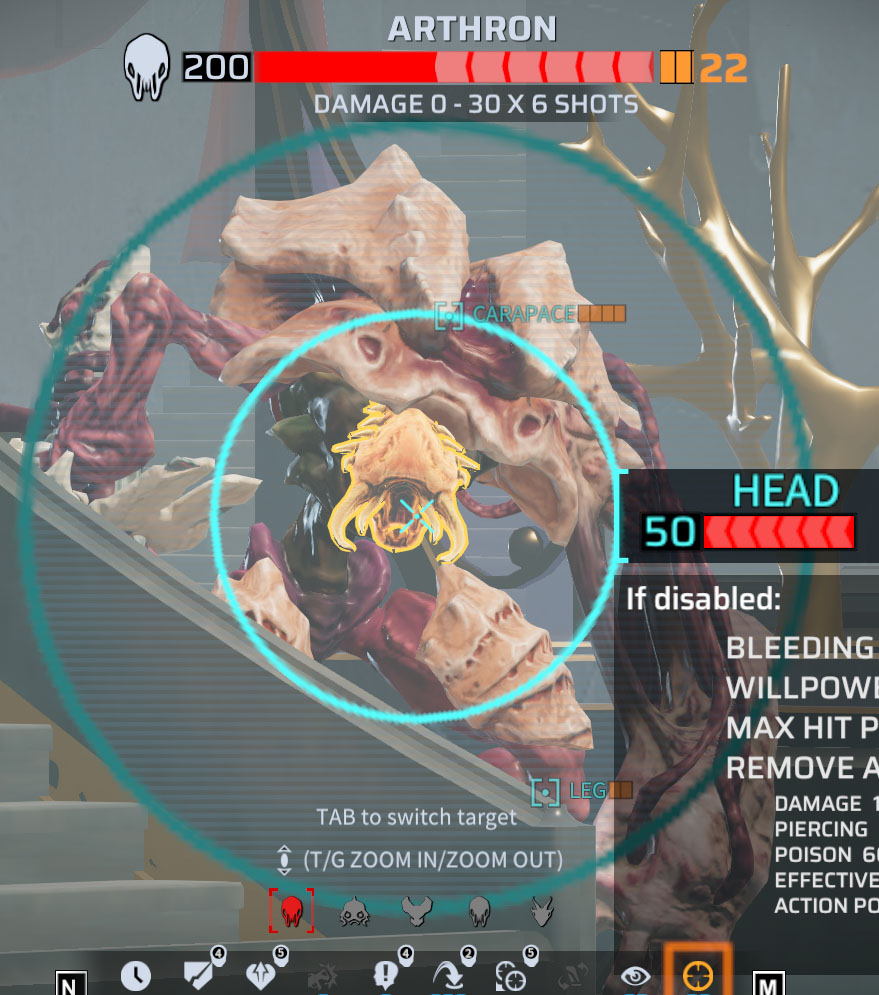 the results are much better. Aim for the centre bits and most rounds will go into something relatively unarmoured (early in the game).

This way, you’ll probably force the crab to move and then shoot. Which is probably what you want: take some damage + heal some damage = lots of experience early on.

Mmm that’s cool, and a part of explanation on when and how AR can be very effective weapons.

What’s missing is when crabs have most parts and even all at 30 armor or higher.

And personal skills can change totally the picture for AR.