If any enemy is not alerted, they will not be alerted by you shooting or even killing other enemies within their visual/audio range. Although, if you shoot an enemy but fail to kill them that round, they will alert all enemies map wide the next round. But, as long as you kill every enemy you shoot at in one round, and don’t get within visual range you can massacre them in front of each other all you want without alerting anyone. This has been mentioned before in ancient missions, but it applies much more broadly if your whole squad has 100% stealth.

Of course, if you do alert them, then suddenly all enemies permanently have perfect detection on you and can snipe you from across the map (unlike synedrion enemies who we need to be close to to hear and VERY close to to see) even when you are still showing the undetected icon.

So, I think, it is not bugged, but the stealth mechanics are pretty complicate and not good described in the game.

I have used Infiltrators quite a lot and can at least confirm the above mentioned points.

Enemies ARE alerted if you are not stealthy and shoot at another enemy while within their visual range. It is specifically that if you are not spotted, the enemies will ignore all of their buddies dropping dead right before their eyes. Apparently they just assume that the dude died of natural causes…

Yes, this one is maybe a bug or at least not really good designed, agree, they should be at least alarmed.

I usually have at least some 100% stealth infiltrator/snipers equipped with echo heads (sometimes a full squad). They are routinely sniped at from across the map, even when the closest enemies are far away.

But, otherwise I agree.

There are 2 more sources of get detected from a far distance that I’m aware of:
Jumping through windows and passing doors.

I’ve done plenty of missions with 100% stealth and it worked pretty much as described.
But again, I don’t know all details, maybe there is more behind the scenes that I’m not aware of.

I usually have at least some 100% stealth infiltrator/snipers equipped with echo heads (sometimes a full squad). They are routinely sniped at from across the map, even when the closest enemies are far away.

But, otherwise I agree.

This is true. It’s been an ongoing bug for a long time that I and a few other people pointed out. Doesn’t seem to concern most people though. Not sure why it isn’t considered an issue worth trying to resolve. I recall an infiltrator full stealth, not revealed (out in the open) with the nearest enemy being about 30-50 tiles away and taking a shot at me. Completely missed, pretty long shot, but it was weird. Triton too, if that matters. Maybe they can just see invisible units? I haven’t experienced it with any other enemy.

Are you only using infiltrator weapons on your stealth troops? Because, I typically use sniper rifles (again WITH echo heads). Even on outdoor maps with nothing to smash through/open, my 100% stealth infiltrator/snipers will nearly always be spotted and shot from any range as soon as the enemies are alerted by anything (even on missions that are 3-way battles and the 3rd team did the alerting). If I can keep them from being alerted though (by killing every target in a single round), they never spot or shoot at me.

Any weapon and sometimes even without Echo head, because being detected but not revealed is not really crucial for me, I just use cover or breaking LOS and I’m fine with that.

Tritons do that to my sniper/infiltrators all the time. But, they don’t always miss me.

I can see how people might not want it fixed because they think stealth would be OP. But, if they aren’t going to fix it, they need to rework it entirely or remove it from the game. At the moment, it is basically a trap for players who expect the game to perform as advertised.

I haven’t experienced it with any other enemy.

I had it also with MG Arthrons and faction soldiers, they generally try to shoot at detection markers if they have line of fire.

That’s odd. Because for me, if they have LoS they treat my 100% stealth units as equally visible to all my other troops, even behind partial or full cover from long range. As long as my stealthy soldier is not completely obstructed (e.g. 1+ square back around a corner of a full height wall), they will happily shoot at me. This is true for both units with one stealth soldier, and full squads of 100% stealth soldiers (infiltrator + thief + echo head + styx chest + styx legs).

Do you have all DLC’s installed and active?

I’m unsure, I think an indicator that an Infiltrator is detected could help, but on the other side it would make it pretty easy to abuse. Somehow I like this unsure behaviour and if you want to be save then do anything to not get detected (use Crossbows/Echo Head and don’t make ‘noises’), it worked for me this way not that bad. Sometimes to be surprised is welcome for me.

Do you have all DLC’s installed and active?

Always all activated and no mods

Oh yeah I’ve had it from virtually all unit types. But, unless they are getting detection markers from FAR greater range than we do… (in which case stealth is highly misleading)

I agree with what you are wanting. But, my experience of how the enemies react to stealth is very different. I am curious why it would be working so differently for each of us.

I’m using all DLC’s and no mods too. (There are mods for this!? I thought it was too small for that😁)

What I think is that there is more behind that detection that we are all not aware of. It is definitely not an easy to understand and comprehensible mechanic.

Another point that I know of, Sentinel have a much higher detection range, Terror Sentinels roughly 15 tiles. And once detected it counts for any enemy (as it is on our side when we detect hidden enemies).

Ha! Yes. That one is at least hinted at in game. It WAS a fun surprise the first time I ran into one with a full stealth squad. lol

Sneaking. Sneaking. Sneaking. Then suddenly this alien tree thing goes all body snatchers on me and starts shrieking and flailing like crazy. It was a while ago now, but that was pretty cool. Gotta admit, there was some cursing involved. lol 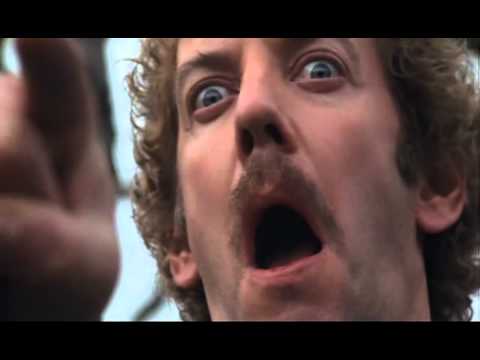 What I think is that there is more behind that detection that we are all not aware of. It is definitely not an easy to understand and comprehensible mechanic.

That’s the big issue. If it’s true that enemies will fire at you when you make noises… then we kind of need to know what that means. Does firing a gun two turns ago continue to keep you revealed? Are you still revealed even after just using vanish? Does walking 3 spaces count as revealing you? Why does the game give this illusion of stealth if it’s always going to be a big * MAYBE *.

Of course I just ended up doing what you do. Not put my infiltrators out in the open and treat them all as if they’re revealed because I haven’t a clue as to what causes it. If they can’t be shot at, they won’t be shot at… only really cared about that “stealth” for that extra 100% damage anyhow… now 50%.

Wait a second. Are you using crossbows? How are you doing that? Other than the crystal crossbow they all have a clip size of 3. Every time I mind control Synedrion infiltrators, they run out of ammo faster than I can apologize for accidentally shooting them over and over. Non-crystal crossbows seem useless and expensive.

Admittedly, the crystal crossbow combined with quick shot on a high willpower sniper/infiltrator is the most powerful weapon I’ve found so far (that burst is brutal!). But, the rest seem to be junk.

I surely use crossbows, they are good weapons, accurate and shooting for 1 AP. But when dual classed then more as a secondary weapon. Of course I also equip a lot of additional magazines, they are not really expensive. And Assault combo can reload for free, Sniper combo can shoot for 0 AP with Quick Aim.

And yes, the Crystal crossbow is the best of them, not only because it doesn’t need ammo, it is also more accurate and pierces armor.