So Abdon Tusk and his Dante flamethrow just one shots every body part even when wearing heavy armor. When I’m attacking Heavy Bandits with his flamethrower I’m doing litte damage. Say what? Is this guy buffed beyond extreme? 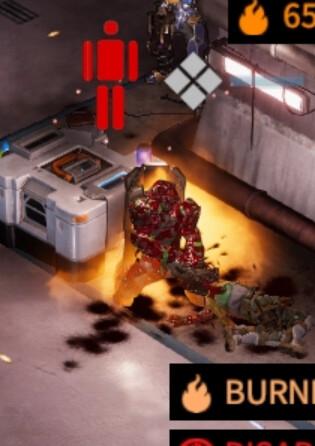 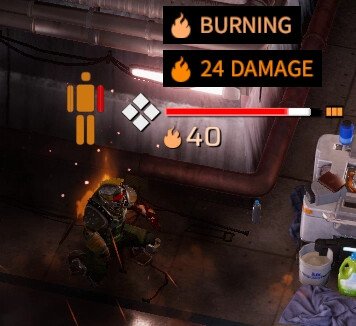 Yeah, Tusk’s flamer seems to be extra deadly. I had that happen once.

It is a little bit of letdown. When I encountered Tusk - I was like Yeah, that flamer I want! Now I have it and it is like… T(M)usk’s flamer is probably the real one and PxP gets to be equipped with a boring Not-A-Flamethrower…

The Dante still rocks. It is a limb disabling monster.

Dante has an irritating bug that is apparently hard to fix. it is not supposed to do these levels of damage to the player atoll. the flamethrower is supposed to be a limb destroying monster…on unarmored or nearly unarmored targets… because of the way fire damage is supposed to work.

-once for the application, this should mean that being blasted by fire, even if naked should deal only 40 damage tops (as fire damage is capped). if you have 40 armor all over, you should be immune. this is why I find it very odd that abdon has a unique ability that boost heavy weapons damage for him, as he uses the one and only heavy weapon in the game that employs a damage source that should be capped
-once when you get your turn, for 40 on every limb - the armor. and every turn there after as this value drops by 10 per turn
-and extra times if you decide to move into a fire tile, depending on the fire intensity.

but instead it just fries the limbs off everything, armored or not as it triggers the damage tick multiple times in quick succession (a bug that can also occur when used by the player). and since most human limbs have 60 HP getting 6 triggers quickly will usually just mean that everything is crippled and you bleed to death.

That’s something else that bugs me. Limbs disabled by fire shouldn’t bleed.

Not that I don’t believe in what you are saying, but I think that Snapshot just wants the world to burn