A counter to overwatch/reaction fire

I’m wondering whether there should be some means within the game to counter both the player and alien’s use of overwatch and/or reaction fire.

Perhaps an alien that moves so quickly that when in motion it’s out of the area which reaction fire is targeting before that reaction happens. In other words its reactions are quicker than your soldiers.

Maybe we develop the use of decoys being thrown/pushed/driven into the arc of fire which overwatch is currently covering.

Maybe a skill perk could allow a particular class or alien to create holographic images of itself.

Either way, I think the means is less important than the possibility, overwatch and reaction fire are both extremely strong when used correctly. If there is a mean of countering them available then they would still remain a useful tactic on the battlefield, but perhaps no longer remain the consistently strong tactics that they might be otherwise.

Maybe a skill perk could allow a particular class or alien to create holographic images of itself.

If we generalize this as “ability to reduce target’s perception (range)”, be that smoke grenade or something else, it could be cool. We know that stealthy approach is planned, I don’t see why we can’t cause failed overwatch/reaction fire due to the enemy “suddenly” not seeing (perceiving) the target area.

Smoke grenades are a nice idea

Smoke grenades are a must, they are a very effective tactical tool. Another option is movement-based evasion bonus which can be implemented in PP as a wider bullet spread when shooting a moving target. This is a bit of a tricky matter though, so allow me to shamelessly link to my own post in regards to this.

We should have flashbangs as an item in the game! That would be great!

And then the PV creatures would evolve a mutation to be immune to flashbangs, forcing flashbang-users to switch to a different tactic. That would be nice too.

They’d still be useful against human enemies, of course.

I more or less expect utility grenades to be present in the game, seing as they’ve existed since OGXCOM. Moreover, we know the mist is a thing and in terms of code and concept, I expect it would share similarities with traditional smoke.

And then the PV creatures would evolve a mutation to be immune to flashbangs, forcing flashbang-users to switch to a different tactic. That would be nice too.

When Julian mentioned this (wanting a better system for shots on moving targets) ages ago I brought up elongating the circle so as to create an ellipse in the direction of the movement (along with other things like weapon-specific bonuses/penalties and range bonuses/penalties based on the equipped glass). I never heard back but I wouldn’t be opposed to this if they tightened up the aiming. Given the current accuracy of non-SRs I feel like most guns are already inaccurate enough to not need further penalties.

EDIT: Also zig-zagging would be bad against most weapons. Yes if it’s a single shot type of weapon (crossbow, bolt action, etc) it can throw off the shot if you turn at just the right time, but given the ranges of engagement, speed of bullets, and speed a person can run at (much less their speed when saddled with a bunch of gear) you’re just asking to get hit by semi or full auto fire. Instead you want to make short, quick bursts to cover so as to minimize your time in the open; while zig-zagging increases your time in the open and can actually make you easier to aim at depending on your position in relation to the shooter (for example a “zag” that points you straighter at/away from the shooter instead of perpendicular).

I like the idea of smoke grenades and flashbangs being counters to reaction fire. I’d like to suggest another one, too - throwing an item out into the covered zone should have a chance to cause the unit to reaction fire, helping to empty its clip quickly. I’m thinking of Aliens here with the sentry gun quick tests the colonial marines do.

Here’s some non-lethal grenade options and potential effects on aliens.

Flashbang: Blind/Deafen any unit within a small range for a short period of time (2 rounds maybe?) Chance of panic. Would make aliens either do nothing, run or fire in random directions.

Smoke: Obscures a finite area for a short period of time, allowing nothing to see in, out, or through. Would simply make aliens move out of optimal positions instead of firing at you. Free-aim would allow you to fire at their last known position for potential lucky shots.

Upgrade for Smoke: Tear Gas/CS Grenade: All the effects of smoke grenades, plus makes aliens think they’re on fire. Clearly the winner here. Has an obscuring effect as well as a disabling effect. Perhaps TUs needed to move and fire a weapon are doubled? And since it effects the eyes, a penalty to aim? Longer exposure prolongs the disabling effect, i.e., if you can’t get out of the smoke, you stay disabled.

There are more types of non-lethal grenades in use today, but their utility seems less desirable than these, or a simple frag.

While we’re on other than frags,

Incendiary: OH MY GOD IT BURNS! IT ACTUALLY BURNS, NOT JUST THE SIMULATED BURNING THAT TEAR GAS/CS GRENADES DO! Besides damage, you have continual damage and increased chance to panic, with the same possibility of using more TUs to fire or move.

But do they get a chance for reaction if they can see the guy throwing the grenade? If I see a guy about to throw a grenade, I guarantee I’M taking a potshot at him.

But do they get a chance for reaction if they can see the guy throwing the grenade? If I see a guy about to throw a grenade, I guarantee I’M taking a potshot at him.

What, even if he’s on your side?

If he’s a rookie, then hell yes. Someone’s gotta stop him before he beans the gunner in the head, giving him a concussion and causing the nade to bounce back and frag half the squad.

If there is only 1 per unit (response fire), it would be nice if tossing any kind of granade or trower would make at least one enemy in line of sight react.

Surely we can always spend the useless rookies, but I always cry for the unknown potential. That one just could be a general … but he was flanked by a Cyberdisc, or such.

In my rounds of anything xcom, Rookie is just another word for “human shield”. Sometimes i even get annoyed when they survive. Esp when they have a bad aim stat.

In my rounds of anything xcom, Rookie is just another word for “human shield”. Sometimes i even get annoyed when they survive. Esp when they have a bad aim stat.

No, they can improve and you dont know their potential (e.g. psy) yet.
If they live up to first kills (granades, melee?) they can get good.

And … human shield. Reminds me of South Park invading Canada 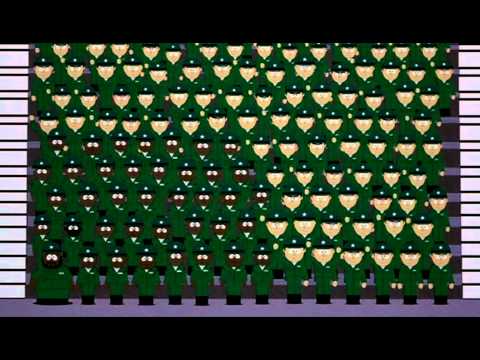 CAN improve yes, just not often in my games. If its down to a couple guys who already improved vs rookies, welp, good luck rookies! That’s why rookies get red armor.

Sometimes they get lucky, and sometimes they even wind up getting good. Its not always ideal, but its part of how i roleplay the commander. I’ve had a few “charmed” recruits who had terrible stats, who were always sent forth to kick doors and managed to live mission after mission. I both loved and hated them.

Also zig-zagging would be bad against most weapons. Yes if it’s a single shot type of weapon (crossbow, bolt action, etc) it can throw off the shot if you turn at just the right time…

The main problem with zig zagging is the same as any cover - cover movement. The real problem lies in how long you’re out there. A zig and zag should be effective. Doing it for 30 yards isn’t much different than running in a straight line for 30 yards, though. It quickly changes over to predictable, and therefore easy to shoot into.

Just run and jump around like you’re playing an FPS.

If there is only 1 per unit (response fire), it would be nice if tossing any kind of granade or trower would make at least one enemy in line of sight react.

That reminds me, You’re right, there should only be 1 reaction per unit, per round. That rule applies in D&D, for good reason. A “round” represents about 6 seconds, and you can only do so much in that time. The same should be true for PP, because the tactical combat represents the soldiers acting individually at nearly the same time, in incriments of a few seconds at a time. But any amount of my soldiers can take shots, and the same crabman can fire at all of them if they’re in sight. How does he physically have that much time to do so, when he also took his own turn and is not on overwatch? On overwatch I can see getting 2, because you could use that and your reaction. He would have to slow down time to be able to have reaction fire against all of my soldiers.