Silly Question about why no Co-op

Was wondering why you decided to not go down the route of upto 4 play Co-Op play. it’s something that myself and my mates have felt is missing from the X-Com series and your game is already shaping up to be more tactical than that one, is the reason more programming based where it would be to intensive to Split the team amongst 3 or 4 people each person could take a role in the squad and the host could take the left over if there was an extra. I assume there are reasons just wondering why as it’s something i think is missing from the gaming market.

I think dev’s going to create game first and only then think about something else… They stated about solo exp… But yea… i would love to have a teammate as Duo-play. That’s omething new and absent in other X-com games.

1.) I would rather have the host freely allocating soldiers to the other players, making suitable “teams” instead of “randomness”.

2.) The Battlescape, while important, is not the only important part of the game, and I just can’t see splitting the Geoscope as “fun” for either side.

Now if there was a “multiplayer-mode” (something like Civ-multi), where you and a few other players start at different Phoenix Bases and have to cooperate (or not) with each other, that could be awesome.

But it needs not “only” making a working multiplayer, but some redesign for it (f.e. the real-time Geoscape [with pauses, speed up/down, etc.] would be really weird if the players would drop out for a mission at different times, what will the others do? Wait? Or the one in mission will miss months of “time” while doing the mission? Making it semi-turn based should be not impossible, but different enough from the solo-game that it should need serious design discussions/testing), and I’m not sure I would be comfortable with Snapshot diverting resources towards this.

If the game is a massive success, then maybe, but there was a survey and it had Coop/multi at a really low priority, so I would not bet on it happening. The Survey Results on Reddit But note that while console was the last, because MS gave them the resources to do it, it will still happen, so don’t take this list as more than what it is, a survey of close to 2k players who (presumably) love X-Com like games.

I would rather prefer to have a proper single player game and coop is never a worthwhile addition to those, especially so for turn-based games

What I would really like to see is somewhat fraction co-op where two players could lead two fractions, playing game independently, with a wait on other player to finish. Like you say

Possible problems are how to deal with geoscape and overall managment in LAN/Internet game. Battles are turn based and easier to do on turn system. That could make possible joint missions on ground possible.

Its not an easy thing to do, and would like to see it later. Game done well first.

Syndicate style 4 person squad is good for FPS, but was bad idea. However, Syndicate co-op where each player could run the teams was something one was asking for

I dream of a day we get a proper Syndicate remake. From way back in history, Xcom, Syndicate, and Dungeon Keeper are the ones that hold a never fading place in my heart. Coop on Syndicate I could see working. Once again though, I feel like a coop/multi-player game done like that needs to be designed as one. The trend of just glomming on multi-player just too often makes the entire game worse for a lackluster feature.

Have you tried Satellite Reign? Got it from free a while back and was pleasantly surprised.

I dream of a day we get a proper Syndicate remake. From way back in history, Xcom, Syndicate, and Dungeon Keeper are the ones that hold a never fading place in my heart.

I completely understand the sentiment.

and for XCom, congrats, you are at right place!

Well, Syndicate wars is from around the same time, although I think it maybe had an engine upgrade? DK was great fun, and there’s a game called War for the Overworld that is trying to recapture it. Xcom we’ve had luck with, as Firaxis’ games were good in their own right, and Xenonauts was a great OG homage. Satellite Reign I quite enjoyed, as it had a lot of the Syndicate feel down, if not quite everything. I need to go back and play that some more, too.

I’m sorry but I respectfully disagree with your point. Considering the game that I personally would like to see I would prefer to see resources poured into making the game as polished as possible. Let’s also be honest multiplayer in Xcom/2 wasn’t why people bought it.

The idea of a multiplayer co-op TBS game is nice, but I think you’d need to make an entirely different type of game to make it work in multiplayer co-op. I don’t think it’s as simple as adding in the option to a single player title. I would think that doing so would mean that you’d be in danger of harming the single player experience as you re balanced things in order to accommodate co-op, and you’d have to spend development time in the setting up of online servers/lobbies that otherwise aren’t needed for PP.

It simply could pre-selected missions like Laser Squad was.Since controlls and mechanics are the same, it needs just to add “switch turn to player 2”+

Well, Syndicate wars is from around the same time, although I think it maybe had an engine upgrade?

It had a heavy 3D engine upgrade - g a modified version of the engine used in Magic Carpet. It was released for Playstation, Sega Saturn and DOS - Sadly, no Amiga version. 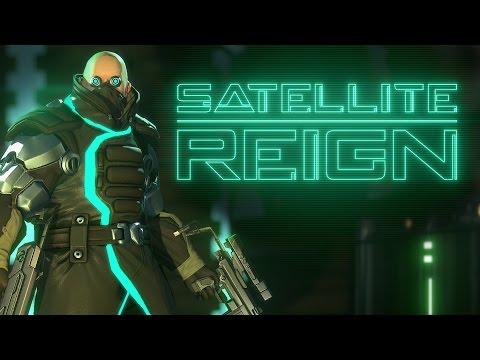