By the way - the last attempt seem to have broken the mod that was actually fixing it.

I haven’t checked the code for the mod, but if they changed the parts that the mod patches, it would be lucky if it still worked.
If you run the mod at the same time than the patched game it can even lead to big bugs.

I haven’t checked the code for the mod, but if they changed the parts that the mod patches, it would be lucky if it still worked.

I don’t expect mods to work after patches in general. I don’t mean to put any blame for the breakage of the mod. I’m just saying that now we don’t even have a community fix.

I do put blame on Snapshot for not fixing a trivial bug that affects literally everyone aligning with Synedreon in a really dickish way while not properly QA testing “attempted” fixes. Given the EPIC deal and the community backlashes along with the money influx this caused, they really cant afford slacking like that.

I’m only this affected because I love the game and would hate to see it fail for absolutely no reason other than what seems to be inexplicable incompetence.

Feels weird just because the unit are unable to rotate and failed to shoot - mark the target while on cover, at least in this kind of situation ‘Jacob’ character should be able to mark of his right target. I’m bad with math, so couldn’t tell this feature could affect the game balance. Thanks. 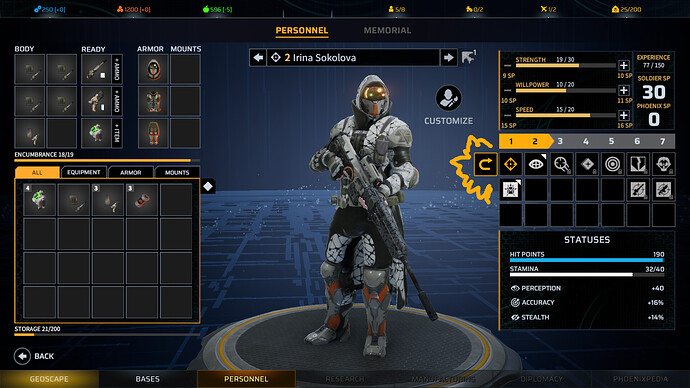 SS_91920×1080 447 KB
Imho would be nice if we could undo our ability instead of reloading the save game. A confirmation screen before apply the ability is great, but I guess a better for optimize and much more effective using ‘undo’ ability feature. Quite often I had missclick 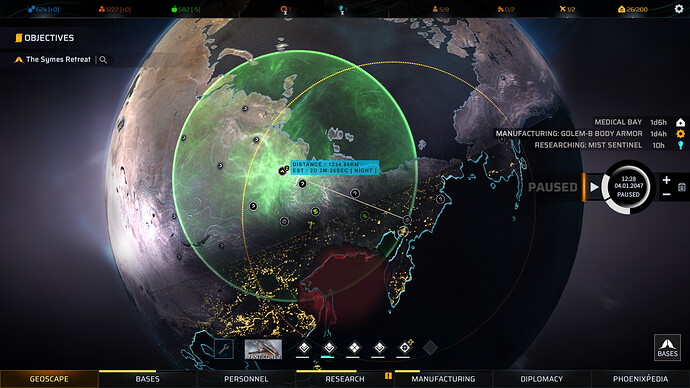 Since the game have day - night effect. Imho would be nice if the Geoscape™ have more informative telemetry screen, is not just tacticool looking cosmetics but it does have a great function on helping player to plan out of their strategic move and yea more obvious of day - night time would be great addition.
I remember someone post, somewhere around the forum discuss about these feature, which is pretty neat idea to be implement. Anyway, sorry I put lots of image in the post because my bad English. Thanks.

Yo, @Rasyid. I noticed you posted quite a few things recently. Doing so here, on the forum, might not be the best place if you want for them to be noticed. Depending on what it is you have two main options:

Hey how is it going @Wormerine?
Ahh yes I forgot about canny

, yea I’ve some idea that I want to share. Thank you!

Hey how is it going @Wormerine?

Not too bad thank you. Glad to be of service.

REBALANCE TRAINING CENTRES
It’s ridiculous that as things stand it’s more efficient to leave your Squad training in the gym than have them gain experience in the field. I’d halve the XP benefit of Training Rooms. That way, if you want to spend resources building a dedicated Training Centre you still can, but giving your Squaddies experience in the field actually counts for something.
And before anyone says: ‘but this game’s so punishing, you have to be able to train up your new recruits to replace casualties,’ see above. I know that: that’s why you have to fix the effing DDA first! (Excuse the rant, but I’m getting tired of people arguing against sensible balancing on the grounds that the game’s not balanced. We get it! That’s why we keep calling for a sensible rebalance).

I thought same, the training centers are bit nonsense, soldiers became veterans by playing poker on the base, without being in real battle, this is another field, where XCOM wins over PP,
The Player -must- train his soldiers in battles

They were nerfed already. Yes, a unit can reach level 7 just sitting at base. However, they don’t earn enough points to capitalize on the jumps in level. Besides, they aren’t just playing poker, they are in holographic training centers, honing their skills. But without real battle experience, they can’t always activate those skills.

I think, that this is interesting point…
Clearly from the gameplay mechanics:
In the XCOM or Darkest Dungeon is an important strategy to choose soldiers for mission, to train certain soldiers, combine veterans with rookies, keep healthy rooster, etc ; there are mechanics for late game, which increases new level of recruits, so they do not start from zero, which fits to to the game very well
In the PP, player just plays with first team A, put fresh new soldiers at the base with training centers, and later, the experienced second team B is ready…
To be objective, this is a bad design, it decreases strategic layer and adds negative point for Phoenix Point

For me, this is one of the areas where PP clearly scores over XCOM.

No more tediously having to send newbs on low-level missions or lurking at the back of the squad to get them up to speed. Instead, you put them in a Training Centre and get them to a survivable level before sending them out into the field.

Where the old system fell over (which initiated my OP) is that it used to be safer, quicker and more cost-effective to keep them in the Training Centre until Lvl7, rather than giving them any proper in-combat experience, which was clearly wrong and unrealistic - even in a game where we’re fighting mutants with an alien virus

But SG fixed that, and fixed it well IMO. As @mcarver2000 explained above, now you can still train up your rookies until they’re ready to go out into the field, but if you keep them in training for too long, they don’t get the vital combat experience they need and they are therefore less effective than soldiers who have gained that experience.

But SG fixed that, and fixed it well IMO. As @mcarver2000 explained above, now you can still train up your rookies until they’re ready to go out into the field, but if you keep them in training for too long, they don’t get the vital combat experience they need and they are therefore less effective than soldiers who have gained that experience.

Personally, I don’t think it’s a good idea to train soldiers in training camps and punish them later because they are supposed to be better than the main army. Not every idea makes sense and would improve the game in some way. As long as all soldiers in the training camp get points that I can assign, it doesn’t matter if they are more efficient or not. Efficiency doesn’t matter here, only power!

I would like to be able to unlock unique abilities during training that are otherwise not possible in the game. Not only in training but on the battlefield where soldiers get better in combat and learn unique skills. Rare but possible. Character specification.

When you delete a saved game, could you make it so that it doesn’t scroll to the top of the list every time please?

On a long list of saved games, when you try to delete oldest first, you end up having to scroll over and over again from the top for each one.

I just hope that next person asking for that telemetry will eventually get to dev’s attention. It is quite long time since we started asking for that.

My point is, that player must “deserve” his experienced soldiers, not just “wait” for them

Yea well I hope Devs are not stuck on balancing stuff. I’m thinking the PP difficult rules content is more than enough already…Devs could just adjust some parts here and there intsead of revamp the player skill rules. For instance, if Pandoran are very easy to kill…adjust their health, give Pandoran thicker - tons of health instead revamp player skills rules. Imho adding more Pandoran is not good because it is harder to optimize, so yea more Pandoran health might be much easier for balance to trace and achieve without risking other things.

For instance, if Pandoran are very easy to kill…adjust their health, give Pandoran thicker

I don’t agree, but that is not the place to discuss it.

BTW. Next patch will fix some bugs. And it will bring few but good changes.

I wonder what next patch released with DLC will bring.

BTW. Next patch will fix some bugs. And it will bring few but good changes.

Hoping for new base mechanics. As they are now, bases are so… Dry. Barebones. Tasteless.

For instance, if Pandoran are very easy to kill…adjust their health, give Pandoran thicker

I don’t agree, but that is not the place to discuss it.

Wish I had the mood to discuss in depth of fine tune Pandoran health, I haven’t even had time to finish the game at the moment. But I’m more than happy to read why you’re being opposed to thicker Pandoran health if the case Pandoran is easy to be killed *in the right forum thread of course.

Anyways, I’m hoping the base game is fixed as should be, that might helps me to keep the hype for upcoming DLC. Is it going to be full aerial battle or mixed?