I have found technicians turrents with negative unit count in my inventory. They displayed as turrent icons marked as -10 for example and seem to be described as ammunition cannisters with zero ammunition. If I scrap them in loadout/equipement screen they give resources and go further into negative values eg -10 to -11. If I use the manufacturing sceen to scrap them they scrap as one unit but the negative amount remains in the inventory. They cannot be placed in the technicians hand slots but can be placed into the backpack but are unusable.

It could be taken advantage of as an exploit as I can continually scrap them for free resources although it’s tedious and I don’t know the ultimale effect on the game. 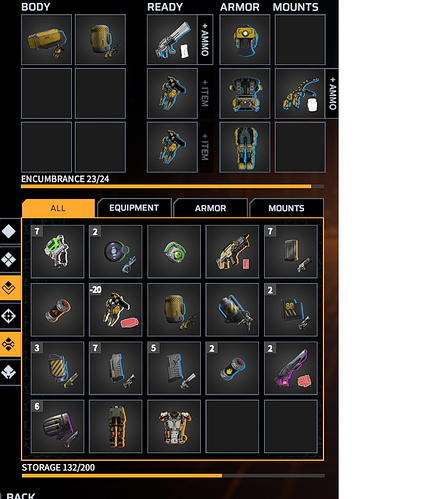 same happened to ammo clips in my game