OK, as it says in the title, this is return of the old discussion on how to handle melee and mounted combat. It was kinda infamous as many heavily opposed these ideas. But, with resent conformation of mounted soldiers, its here. I believe that it has a place in post-apocalyptic themed game. I am also heavily referencing on XPiratez mod for original Xcom (I am playing right now, too) as it is maybe best show of post-apocalyptic Xcom we could have, with limited production abilities in beginning, reliance on pure strength, speed and perception (with some tactics) to overcome foes (probably can only be applied to DoA), instead of super powerful weapons, and most importantly, most crafting is with scavenged resources and is basically minor gear improvements, like sights and auto-aim or adding laser firing electronic in hunting rifle to make it stronger against armor. I know I talked more about the mod that the M&M, but the thing is, I feel this explains why I think its justified part of the game. This is just to get discussion going. Kinda like ice breaker.
Oh, and part of the game, doesn’t mean player only, or at all, it could be only something NPF will use. I Could totally see something like this in Euro-Asian steppe or in some desert region (can virus/mist even survive in desert?).

I am pretty sure that melee combat will be in the game. There already melee enemies in the demo builds, so the mechanics are there and it would be a wasted opportunity to not allow melee weapons for the human factions, too.

I don’t see the added value of mounted combat however. There might be some enemies/NPC that use a mounted model and that has some ablities that reflect the mounted aspect. But as gameplay feature where you can combine your soldiers with a mount it gets weird imho.
You can make a case that equipping an exo suit is something like a mount (with the mech/vehicle being the mount), but I assume that is not what you had in mind?
Literal mounted combat, for example a sniper charging into battle on a horse (or on a mutated Octopus), seems kinda silly

Now a part of me wants to have ridable Octopusses in the game (with customizable saddles, of course), but overall the resources needed to make mounted combat work could add more value to the game elsewhere.

Isn’t it beyond dispute that melee combat is going to be included (both for NPC’s and Phoenix soldiers)? I mean the Infiltatrator spec that was highlighted on the Fig backer update last year lists ‘blade weapons’ as one of many things he/she can be kitted out with, completely aside from the melee aliens that have been shown in the demo.

Is mounted combat where the arguments arose? Please forgive my ignorance; I was only dimly aware of the old forums

Isn’t it beyond dispute that melee combat is going to be included (both for NPC’s and Phoenix soldiers)?

Almost everyone forgot about that old update back then, so the discussion was quite heated before the Infiltrator-update “reminder” was posted (and even then, it’s a year old update, a lot of things can change during that time, even taking out melee for PP is not impossible if it didn’t feel enjoyable for the QA).

While I’d be a big proponent of melee weapons, for the cool-factor if nothing else, and I could see a good case for having a soldier having to be put in a turret to shoot a vehicle mounted weapon, I think I’d personally draw the line at motorcycle (or mutog or whatever) type of mounted combat.

Of course, fighting while “mounted” in some exo-suit and the mech that was shown is different and gets a big nod of approval from me

Mounted units move faster, usually conform some height advantage, can offer additional protection, and can add weapons of their own. Also, maybe add new movement type, like climbing or flying. Mounted can mean anything from riding a horse, to being inside a Mecha. Riding bike or something like armored chimera that flies and breathes acid and fire also counts. Basically anything that both transports and fights along side, be it mechanical or organic in nature.

As for sniper riding octopus, he would be able to run away from foot-soldiers, climb and offered additional (or at least some more likely) melee capability. Very nice idea, actually.

As for sniper riding octopus…

Why would you need to ride an octopus when you can mutate your legs into tentacles, brah? The Disciples of Anu aren’t just in the game to crochet doilies! 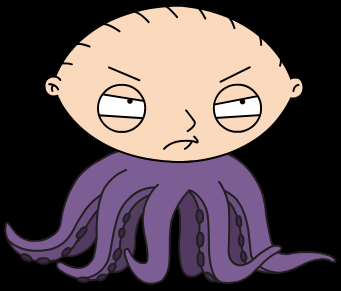 Oh, I like the Idea of mounted combat, even more if LONG road-like maps are included (chase/emergency retreat/bait missions). I can imagine bikes with real fast movement with U turns taking a reasonable amount of timepoints and squares depending how abrupt is the turn, and a melee soldier in a bike who could make quick slashes in its way, not like move-stop-slash-moveagain but like chosing a final destination and slashing every enemy in the way.

Road quality could affect the aim of the ranged soldiers riding the vehicle, bikes having a heavier aim reduction than cars/trucks and mounted weapons having more aim than normal ones.
Damn, if we could modify vehicles (add blades to increase vehicle melee damage, increase the armor values, etc) and somehow manage to find enough and store them, we could go total mad-max for some misions.

Of course, going with a vehicle into small areas would be problematic because there isnt enough space to maneuver, unless you plann to use them as cover.

I’m hoping that the team looks at Battletech(2018) for some of the inspiration for melee combat. It’s a pretty cool implementation.

I’m hoping that the team looks at Battletech(2018) for some of the inspiration for melee combat. It’s a pretty cool implementation.

I like BT, but what do you mean under cool implementation?

There are no melee weapons implemented (yet), so it’s a dice-roll to hit and damage, then use support weapons (more dice roll to do damage). Or use JJ then DFA, with the big difference of added self-damage.

I don’t think the stability system would be fun in PP, Mechs are not really humans.

I like the point blank weapons. You hit the enemy with you melee strike and then fire off a close range weapon. Imagine a heavy with a pneumatic spike and after they hit they fire a short ranged weapon (maybe a flamethrower) at the target they just hit.

I have no idea what you talking about, but in melee combat, it makes sense that both sides get wounded as they hack at each other, unless there is great strength/skill gap, and humans can fall down on the ground, too. Humans are tall and slender, and stand on 2 feet. It would open up new options, like execution on downed opponents, or expending part of turn on standing up, like in Blood Bowl and Persona 3.

It’s a feature of the combat in the new Battletech game. When your mech melees another mech they also fire off any close range weapons they have on board.

I like the point blank weapons. You hit the enemy with you melee strike and then fire off a close range weapon. Imagine a heavy with a pneumatic spike and after they hit they fire a short ranged weapon (maybe a flamethrower) at the target they just hit.

I once suggested in original thread that you have lance with explosive/incendiary head, or electro-tazer, so you would not really melee as much as point blank shoot. Got soooo much hate.

I played Mechwarrior online, so I kinda know the story, but I did not play the new one, you guys/gals must be super rich to buy it.

Not really. I got it for like 25% off by hunting around. But I do highly recommend it. It makes some really nice additions to TBS games…

I’m gonna guess you are most likely American or maybe some other NATO country. It is super expensive for anyone else.

Fair enough, yes I’m American. I don’t really have a concept of what games cost in other countries.

Fair enough, yes I’m American. I don’t really have a concept of what games cost in other countries.

It’s fine by me. The forum is letting me know we’re going back and forth too much, though.

It’s a feature of the combat in the new Battletech game. When your mech melees another mech they also fire off any close range weapons they have on board.

hmm, this is not compatible with PP. Consider that each attack has a cost in “time points”, thats why pistols, which take so little to fire, can be used 4 or 5 times in a single turn if the soldier does not move. A gatling gun would take more time to use for example, because of the increased aiming time and the wind up time, so the time-points needed to fire it are way more than a pistol. I suppose that using a sword would use about the same time-points a pistol uses.

The thing is that a soldier could make any combination of shooting weapons, moving and interacting with stuff in its turn, but with a time-point limitation, so maybe if you manage to have a heavy soldier with a sword or other melee weapon, maybe you could slash and shot in a single turn if you were already at melee range with an enemy.