I play PP and Xenonauts at the moment.

What I enjoy more on Xenonauts, is that the missions in late game don`t last hours.

Even the Battleship can be done within 20 Minutes and it is very satisfying since it gives tons of loots.

In PP several missions don`t give loot in form of ressources at all, like: Base Defense missions.

Xenonauts is even designed to support a quick play, since you only need to hold an UFO for 5 rounds, thats it.

In PP extreme missions can last easily up to 90 minutes.

With savescum I needed for the last mission even about 6 hours.

In my opinion, that is too long.

On the other hand Xenonauts lack that dense atmosphere of a PP. No videos, even less cinematics (none) then in UFO - Enemy Unknown (or X-Com, Ufo Defense).

Xenonauts is finished, with Xenonauts 2 on the way.

PP is unfinished at present. There’s your difference. When the next big update patch drops, I’m hoping that everything improves significantly. Until then I’ve been playing Terror From The Deep. Fantastic game, but man is it hard. Not PP hard though.

that dense atmosphere of a PP

Really? I wouldn’t call it dense. Dull fits much better.
And as icemann said, comparisons are pointless when you’re realizing PP is unfinished.

PP is unfinished at present. There’s your difference. When the next big update patch drops, I’m hoping that everything improves significantly.

Is it? It is not an Early Access game, as far as I understand. There is balance and polish to be done, but I will be pleasantly suprised if they delve into core gameplay loops.

But it behaves as one.

It seems PP focusing on combat screen, character management (*which is great imo) and unfortunately they drop some depth in their micro management stuff

. I wish PP has same the same micro management that XCom have done before and keep the combat as current.

As for Xenonauts 2, it’s the opposite of PP have now

. Why is it so hard to have them both into single package…errghh…

Because they are completely different games. Be like saying that Quake and Half-Life are the same, when they are so not.

I might have played Xenonauts 2 more than PP at this point. The fundamental difference is that when some feature in Xenonauts 2 just doesn’t work it gets scraped and replaced with something better. Overall, the main difference is that Xenonauts is a polished X-com and PP is unfinished XCom wannabe. One is made by fans of the game in their free time, another is a commercial project.

One is made by fans of the game in their free time, another is a commercial project.

@BoredEngineer, I hope that’s not true

… imagine if PP have those difference

, it could be another golden era for TBS game

That was our expectations of PP. As Goldhawk Interactive showed that it’s totally possible to recreate a classics and make it better, on a fraction of a budget of something like XCom. Granted their product has much less appeal for general audience compared to XCom so potential revenues are much lower. Which was clear from the start and didn’t stop the devs from finishing game. The Xenonauts 2 is even stronger, there are many improvements and now it’s fully 3D.

That was our expectations of PP. As Goldhawk Interactive showed that it’s totally possible to recreate a classics and make it better, on a fraction of a budget of something like XCom.

True, similar thing such as Obsidian Entertainment did in PoE’s, where ‘classics’ aspect are still great deal nowadays and those great element doesn’t need to be dropped but improvise them. 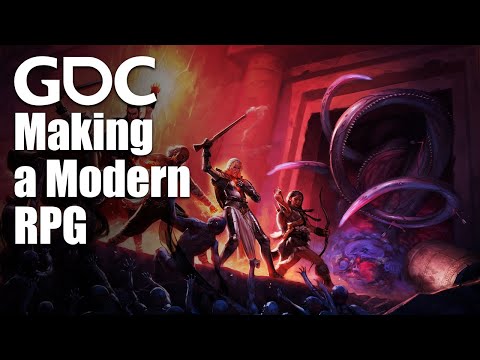 There’s still room for PP to improvise their current game, I still have hope with PP

I still have hope with PP

I don’t. I had my hopes earlier but now it just looks like devs don’t really know how to make game better (in terms of gameplay, not bugs). And even if they know they will be too afraid to make some big changes - and big changes are needed. Maybe proper mod support become solution on this matter.

Perhaps you can try to give the devs another chance, let the devs heard your voice once more…maybe later on the devs will provide you as you expected.

maybe later on the devs will provide you as you expected.

Hope Modding API is going to happen soon enough, because while I agree with this sentence, I have different devs on my mind