I’ve made quite a few posts before about how the New Jericho Archangel RL1 Heavy Rocket Launcher should have a blast radius stat, and that it should act as a net upgrade over the Phoenix Goliath GL2 Grenade Launcher instead of it continuing to be the confused pseudo-sniper rifle that it has been since the game’s release. But with the introduction of the new Rebuke ancient grenade launcher that is part of the Legacy of the Ancients DLC content, the earlier proposals I’ve made about how to change the Archangel RL1 would make it too similar to the Rebuke’s current statline.

I still think it’s very odd that the Archangel RL1 is supposed to be a rocket launcher firing rockets containing advanced and powerful explosive payloads, but has no blast radius stat to go with its blast damage stat. The Archangel RL1 has been updated in previous patches to make it more powerful, but I still think that it would take the addition of a blast radius stat, wide or small, in order to finally give the Archangel RL1 a proper role and niche among the game’s weapons that makes it genuinely useful to players. In its current form the Archangel RL1 can be used with a Destiny III Laser Array and Boom Blast to allow Heavy-class operatives to snipe individual enemies several times at extreme range, but it doesn’t really feel quite right for what the Archangel is supposed to be according to its ‘Advanced Rocket Technology’ tech description.

Another idea might be for it to have only a small blast radius stat to go with high damage and moderate shred stats, so that it can be useful as a multi-limb destroyer against individual tough high-armour targets. But the Rebuke would probably still be more useful and versatile anyway.

I do think that the effective range of 999 the Archangel has doesn’t really make sense for any concept of the weapon, when the more advanced Thor AML that is supposed to be an AI-guided pinpoint accurate missile launcher only has an effective range of 35.

The Destiny III Laser Array was finally updated in recent patches to be a genuinely useful weapon in spite of the problems it had in the past, so I hope that the Archangel RL1 can still get reworked so that it finally becomes the proper high-explosive rocket launcher that it should be, instead of the purpose-confused pseudo-sniper rifle it has been for too long. The big and beefy looking rocket launcher still needs its statline updated so that it properly matches with its tech description and appearance.

What are your thoughts about how or whether the Archangel RL1 should be updated? Or am I just (not literally) beating a dead horse about this issue?

The only sure way, would be to add Splash damage (AOE) to it, and the Hell-2

Should the Archangel RL1 act as a handheld downscaled version of the Scarab Gemini V missile launcher, with a Burst 2 stat in addition to a blast radius stat?

I would like this idea and then also indirect as the Gemini V or mounted RLs.

Probably more accurate and it would be a nice upgrade to the Goliath grenade launcher.
Damage and range has to be balanced, IMO it should be better than Goliath but not that much because you shot 2 rockets with one action. Boom Blast has also taken into account, 4 rockets in one turn (5 if have also the Thor RL) could be to much over the top.

I would only slightly compare it to the ancient GL, this one is and should be ‘special’.

I would personally go for direct-line-of-sight and high accuracy, as it is now. Basically a pseudo laser-guided rocket. But it has to have that Burst stat since that breaks the entire ‘logic’ of the weapon type.

I never understand the position of this weapon, and I used just once,
considering how good are mounted weapons, specially now Destiny III, but also Thor AML and recently Rebuke

I think blast radius is a must, and burst , why not, I will not use it if there are not changes

I never understand the position of this weapon

Well, it is a sniper weapon for the heavy, the most accurate sniper weapon with free aim in the game. The aim circle is so small that I mostly have problems to find it on my little notebook screen

Didn’t fit the term “Rocket Launcher” for me, but hey, this is only a name for a weapon class, not really that important. (Edit: That was a joke …)

Lately I got a taste of Destiny III, you can watch my YT videos, I created plenty,

I don’t need more “SR” for my heavy class

give me blast radius and I will try it

How about making it a cluster munition? One rocket, launched on an arc, that fragments into multiple explosive warheads over a broad area? That would be something new as opposed to a re-skin of what existing weapons do?

How about making it a cluster munition? One rocket, launched on an arc, that fragments into multiple explosive warheads over a broad area? 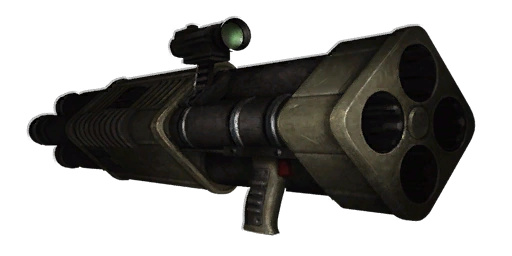 Okay, so it seems that there is general agreement among players that the Archangel RL1 should have a blast radius stat, but not exact agreement on how wide it should be.

Snapshot Games must have had a specific, deliberate reason as to why they didn’t give the Archangel RL1 a blast radius stat, even though the Archangel’s appearance and tech description imply that it is meant to be an advanced and powerful rocket launcher designed around a New Jericho breakthrough in explosives technology. Here is the ‘Advanced Rocket Technology’ research text that describes what the Archangel RL1 is meant to be:

‘A breakthrough in explosives technology has led to the development of a new rocket launcher design. It packs a huge punch, capable of taking down even the larger Pandoran creatures. The rockets are expensive to produce, but will be effective if deployed intelligently’.

I know that Snapshot Games is perfectly allowed to design Phoenix Point however they want, but when players see that the Archangel RL1 is supposed to be a ‘Heavy Rocket Launcher’ but instead discover that it functions in-game like an underpowered pseudo-sniper rifle that is far more accurate than the game’s actual sniper rifles, then the Archangel RL1 would be in need of a rework and rebalance. I can’t think of any other weapon in Phoenix Point at the moment that is more confused as to what it’s purpose and niche is really meant to be.

FYI ~ That’s pretty much what the Flamer Hafla does.

Ahh, I couldn’t really tell that from the video you linked. I also don’t play Fortnite, so that was the first I’ve heard of it.