Game is exhausting at times, had to quit today

I think for people who haven’t invested heavily into BB4 and BB5, it’s a bit of revelation of how abilities actually work. You unlock Dash for example, first time, and like “oh cool that seams useful” without realizing that it’s not just something you might use, it’s something that you can and should use pretty much every turn and maybe few times a turn. Then as you get your first few top level soldiers, constant staking of different abilities is the game play. You immediately see how your Heavy+Sniper combination is so much less useful than heavy+assault, or vise versa because it depends on combination of others in your team.
Conceptually I like that idea that you can specialize your team in ether high mobility or high damage output but:

I dont take that as trolling, everyone can have their opinion. But like i said (not sure if in this or another thread), dealing with chirons on a map with buildings is totally doable. What my complaint is about is those maps (like lairs) who dont or barely have any cover to protect yourself from the bombardment.

Last lair i atempted had a chiron at the other end of a valley. That would have been manageble in maybe 2-3 Turns once i got through the choke point. I move up to the choke point end my turn and enemies start spawning from all sides (so far so normal) the moment i get to the valley and can start taking the out the chiron i am surrounded by 6 Arthorns and 3 Sirens, one right next to the chiron and one on each side of the valley. What happend during the enemy turn is pretty obvious i think. 2 Sirens used mind control while the arthons and the chiron raped the rest my team.

Maybe its really an issue of me “getting good” at the game. I dont know and at that point i actually dont care. But the difficulty spike of such a composition on the second lowest difficulty and this early on in the game feels totally out of place.

During this statement, I see only wrong management or tactic during the fight you call. Coz preparation for the fight is 95% of success (target calling, scouting). This is actually what this all games are all about - optimal / best and at the same time safe decisions. Patience and calculation ability (based on game experience) are best friends. Because you do not involve your self in situation that u cant hold during one round. For the opposite of logic example in PP, you can always trade your health for damage if you are absolutely sure in profit of the end result. 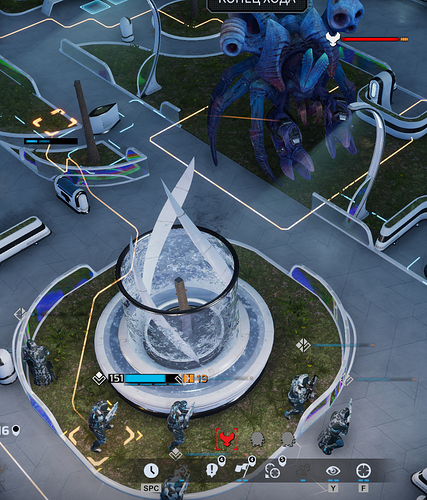 P.S. “But ofc there is always some random point exist - like in the image below where I was lucky meet Chiron right before my spawn.”

For my part, I heavily regret the good old times when you sent 14 guys on the mission, and would count yourself fortunate if half came back.

I’m quite disheartened by the fact that “every man counts”, that losing even one hurts very badly. Where is the cannon fodder ?!

I’m personally was expected to build a few bases for science or engineering purposes with 100-150 civilian pesonal in it which guarding with some poor guarding noob soldiers with thoughts like - I hope aliens wouldn’t attack this 1st. Or soldiers that panic and drop their weapons or shooting to the squadmates. Or situations when yous just CANT reach the object of interest because of your aircraft fuel capacity or bases coverage and many many other things. Damn, I really miss these days.

You know the haven because of good relations. Now, if you haven’t explored before, it’s on your head, and if you don’t have anywhere to refuel, it’s not the game’s fault, I think.

It’s also super mega annoying that when you have to fly from A to B you have to click one node per node until you get to B. It’s not like you can fly there at once and the system takes the best route on itself. This turns to get very annoying very fast.

Well I imagine if they left that design they had earlier in their build that you can only refuel at your base this whole world map becomes a huge chore and superficial progress stopper.

No idea guys, but I don’t have this issue. I’m just clicking the endpoint and press space bar 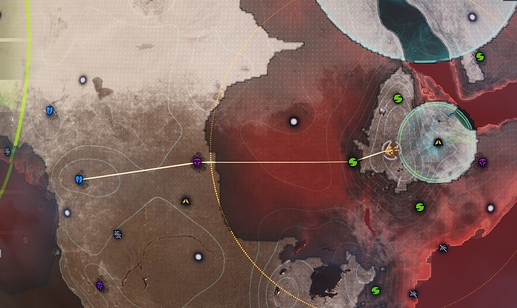 Nope, there isnt. sadly
I tried cltr+click and alt+click. nothing.
Anyway even if there is, it’s not intuitively designed.
Shouldn’t it be shift+click?

On the version I’m playing, I merely click the destination, and the plane flies there by itself, using any necessary refuel spots in-between.

Are you sure you are using an up-to-date version ?

Hmmmm
Did they patch that exact feature in just recently?
Maybe you are using and older version where this is still possible 8)
Idk about the version EGL should keep the game up to date on itself whenever you start it. I reckon this has something to do with the ships your are using or something else.

You should be able to so this. Thee hasn’t been a patch yet so everyone’s copy is as up-to-date as possible

You guys should try to open a “New Game” and see if you can still do that.

+1 to this. Provided the aircraft has the range to make all connections, this works fine for me. I’ve seen the Manicore refuse to make trips that the Tiamat can, for obvious reasons.

the chiron with nuke it was made your conservative playstyle a wipe clean even if u spread your squad with 4 shot he have at disposal can kill or ruin at least 4/8 people.