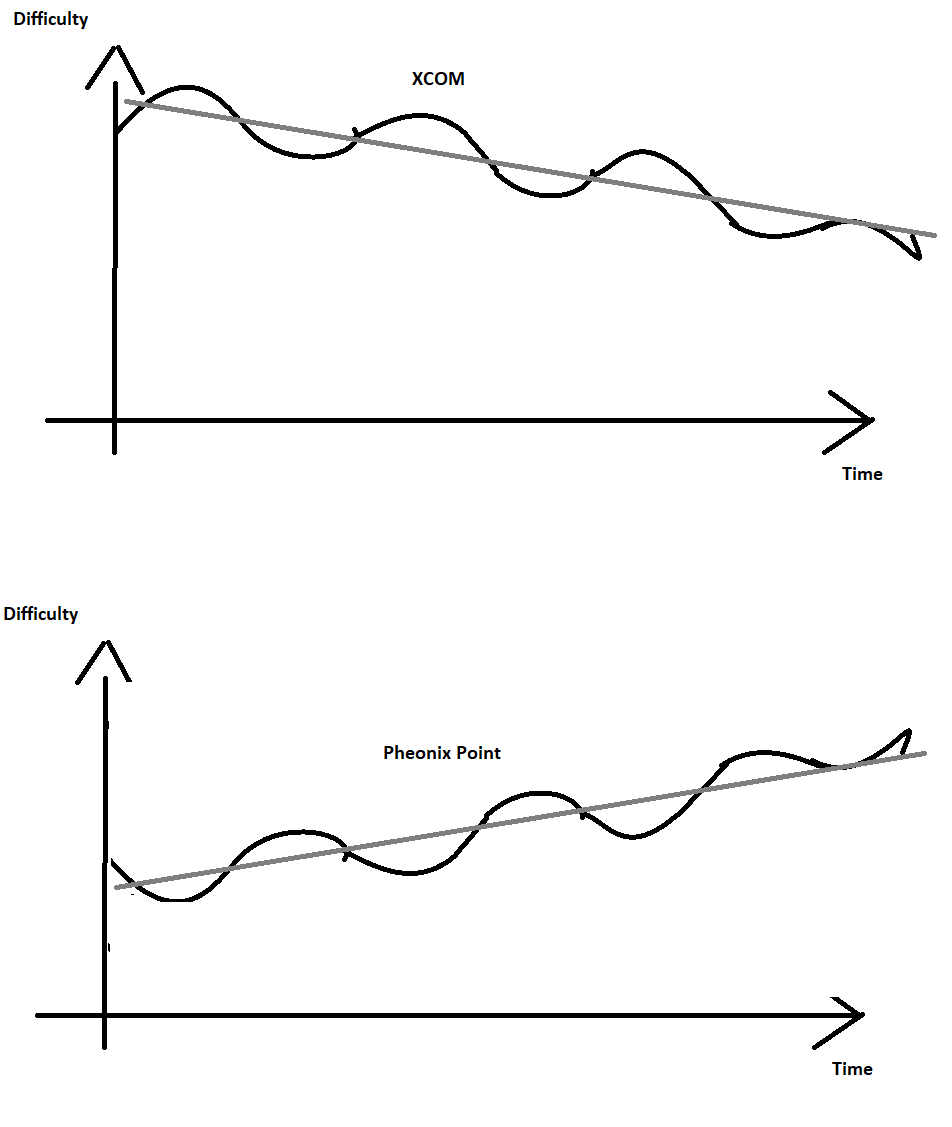 Whole thing can shift up and down depending on the chosen difficulty level (for both games).

So how is it for this game?

Difficult to say without seeing full player and enemy progression. It is something devs are aware of. From old Q&A:

Will Phoenix Point deal with “power creep” where they get less challenging towards to the end?

Yes, we are dealing with it. It’s a very big problem in the modern XCOMs due to the way in which the aliens progress in a very linear way. It’s a high priority for us to get the challenge level right. Mission objectives are very much under the control of the player.

I’m also concerned with first couple mission/s on the highest difficulty. In new XCOM/XCOM2 the first few missions are much tougher than later ones. They are tougher than even the final mission. I hope it will be reversed in PP without making them too easy (but better easy than almost impossible unless you are lucky).

In BB5 it is first image (especially when your first alien base is generating Tritons with sniper rifles), except cases where you were unlucky and your base is in place not allowing for progression. But devs are supposed to balance things right now.