Character Portraits on the Tactical Layer

This is something that I think is important. The new internal build has portraits on the tactical layer that several members of the Discord didn’t like (see UV’s video on the Phoenix Point channel). I really think portraits are something that is critical to establishing a connection between the player and the “soldiers”. I’m big in the RP elements of games like this - that what makes them matter, not just numbers, not just polygons, but little characters I wield.

Some of them become more meaningful than others. In my XCOM 2 playthroughs, I have key soldiers who become part of my narrative (I make them part of it) and it’s hard to let them die - it’s really hard - I might even save scum if Donald Neill dies. During my time with the early backer builds, I really connected with the characters (e.g. Stoller and Thompson) because of their portraits and their lore. And, I will mentally create lore for characters in a standard playthrough, doing Allen’s job. All for free and all for me. 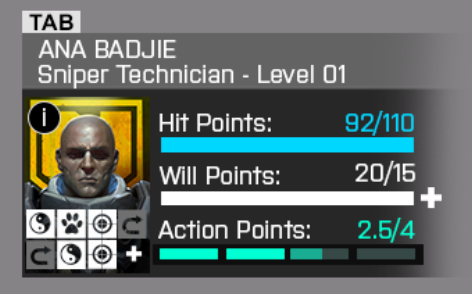 I’m a hobby user of 3d rendering software, so niether an expert nor a moron. I believe that such a portrait could be replicated using an image of my custom character taken with an in engine lens. This info box has everything I need to see but I’d rather have my abilities as they currently are on the bottom of the screen.

I appreciate any constructive feedback and that the developers continue to work on this. 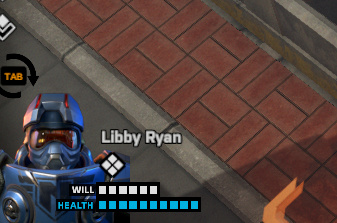 3D or 2D, doesn’t matter, they just should exist. To not clutter screen too much there should be a button to hide/unreveal soldier stats (with portraits) on will.