Trying to report a bug ingame on OSX fails with the message that “Access to the path is denied” – not surprising, since the path is in a read-only file system, where write permission obviously is unset, and can’t ever be. 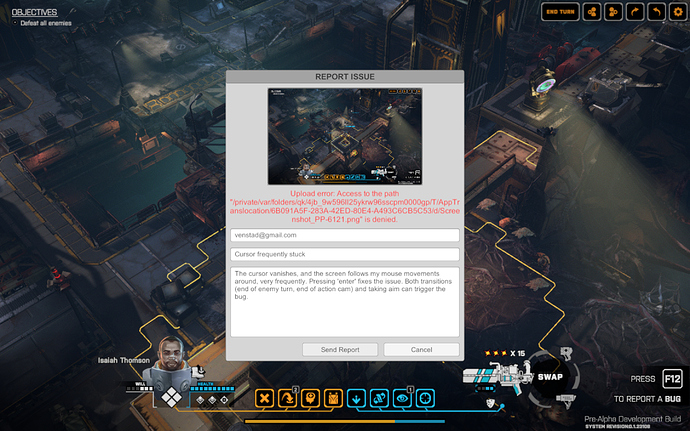 Ah yes, I’ve had this happen to me on my own application during development. As I recall, this is because of the way new macOS versions treat downloaded applications that do not have a certificate. The app is then moved to the AppTranslocation, but the rest of the application data isn’t. It took me a few days to figure it out (I don’t follow Apple stuff most of the time), and then I circumvented it by instructing the app to look for the data in a subfolder of the Downloads folder. Luckily, this did not affect the final version, because the application comes with a USB stick. Well, that was $100 a year saved.

This is still present in BB3. Is there a workaround?