My soldier begins running up the steps to go to the 2nd level. At the point he is at, he spots the alien up there. Then he stops all movement and seems unable to move anywhere. 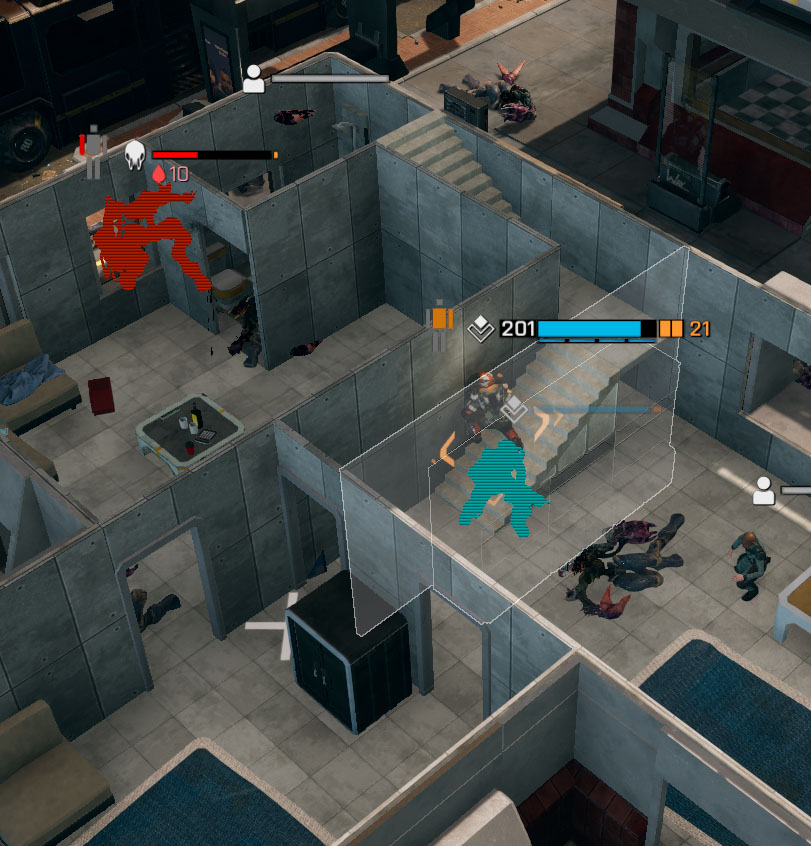 I like the swarms of crabmen on the small maps. The ones with the grenade launchers can be painful. But I’ve found that once I kill a few, the rest seem to panic and that’s about it. Time to waltz around and kill the remaining ones. Maybe panic could be limited to a smaller area, or maybe timed depending on how many of my crabby buddies have been toasted.

I think others have mentioned that crab grenades seem to blow PP weapons away easily. I had one soldier with rifle + pistol on belt and both were gone when the smoke cleared. Maybe leave me with the remnants of my rifle to use as a club as a last resort?