right in the first “encounter” or “match”, i can make my turn, the first alien activity after however gets stuck forever. no way to reset/reload, only force quit help since there are no buttons. anything more i can contribute?

There has been a recent patch to game version 0.3.32990 which resolves this, but the Mac version hasn’t been distributed yet. It should be available to download on Monday.

thanks, great to hear!
is there an automated update system yet? or will there be an alert message in-game? or an email?
keep up the great work, already better than most other full-release games and especially the xcom latest clones

There’s no automation for the Mac side of things at the moment. We’ll post on Facebook and Twitter when it’s uploaded though. You will be able to download the new build using the same link in the email you received for the current one.

p.s. you probably already know about this graphics glitch on macOS?
– follow-up question: what does those spores (?) actually do? too afraid to step in.
p.p.s. even your forum software is great 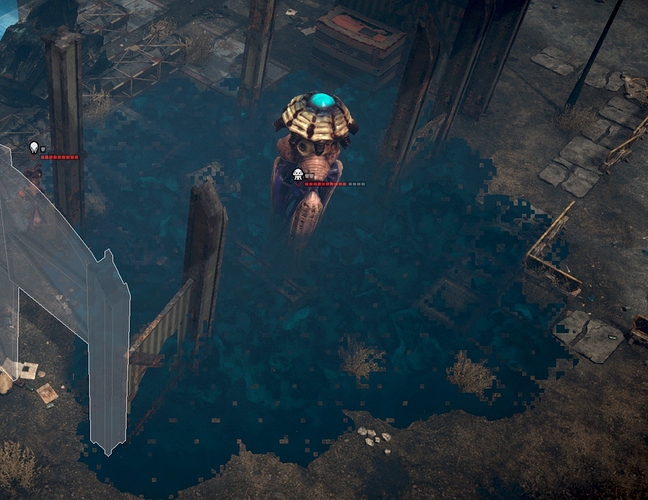 another thing: where did the promoted body part targeting go? temporarily disabled, not yet included? this is one of the major selling points for me.

What do you mean? You still can target body parts. Or not? Maybe Mac version is different than Win.

if you have never used it then use mouse wheel to zoom before confiriming fire action. By holding mouse or left-click you can change point at which soldier aim, and then you can see different body parts of enemy (or ally).

in BB3 on mac i do not see different targeting options at all. just one main target. so might not be in the mac version (yet)

That would be strange, since the body part aiming as been present since BB1, and for me it was also a huge part of what made me become a backer.

Most probably, Mac version just has some kind of different shortcut to activate free aiming. In Windows, you first select which alien to shoot, and then scroll the mouse wheel to go into the free aim. Not sure how to do it in MacOS.

will investigate again. might also be there is a bug.

The is no difference in functionality between platforms. There is definitely free aiming in the Mac Build.

Simply move your cursor away from the target when the main target is on it. This automatically switches to body-part targeting and you need to recentre from there. A bit of a pain, but since BPT usually involves questing around the target to see what it’s got and what’s most vulnerable, it’s not that big a deal.

ok, guys – all good. for some reason my mouse wheel did not work…fixed and working! it looks different from the 2016 video demo online, maybe that’s why i was confused. i just jumped on board with the current BB3.

another thing: are the maps at the moment all pretty similar (using the exact same elements just in slightly different constellations for everybody? after numerous site visits it feels a lot like the same one over and over again. for some reason the very first site i visited when playing for the very first time (then the game got stuck at the above mentioned alien activity) was different.

Remember, this is still pre-alpha, so the maps aren’t being procedurally generated yet.

Or at least that’s my understanding.

The maps are indeed procedurally generated, but there are only a limited number of different map plots and assets at the moment.

Really? I seem to get EXACTLY the same Alien Hive layout every time I enter it. I know it so well by now, that one of my House Rules is I have to take a different route to the one I took last time, just to ring the changes - but even then that only gives me 3 alternative routes.

Alien bases seem to be the same, they have just different layout. Maybe lamps and small walls are in different places so they can hide eggs in different spots. But well those are definitely the least random maps at this time.

But havens have more assets to use. But I miss all objects and maps which were in BB2.

Alien maps are the exception at the moment. There’s one nest layout and one hive.