So overall, I’ve only clocked a couple hours in but I’m enjoying the game so far. There are a few things that puzzle me and I’m hoping could be updated in the future:

Just my initial thoughts after a few hours. Love being a Fig backer and seeing this finally come out. Thanks for all the hard work. I really enjoy the game and look forward to everything you do with it.

1- It’s random at map creation. On one of my run, i had needed like a whole month and roughly 80 - 90 node scan to find my first anu haven !

2- Partialy depending of your luck finding all them, i agree their is a lot of havens, but in same time it represent less than 2 million people all havens combined, still really not so much people comparing to billions we had not so long before ^^

3- Saaaame, also i’ll love the xcom 2 WOTC photomod to be honest, totaly “useless” gameplay wise but damn, i had so much fun doing things with it

4- Same again, but option menu aren’t all complete (can’t even change some controls mapping) i hope we’ll have options for quality of life like this. In the same idea, a “move faster” on missions will be cool, so is the ability to use Tab key while a soldier is walking, especialy when they go on top of a building, witch take ages.

5-
A-Some soldiers have a skill with +15 - 25% aiming efficiency with a specific weapon.
B- Weapons themself have stats, the one you’re looking for is “effective range”, this being the range at witch a weapon will have 50% chance to hit a human sized target. The more range you have, the more the aim reticle will be small, and therefore, the more you’re accurate/
C- Some armors have accuracy bonus, especialy sniper helmets. Latter on you’ll have “other ways” to improve a soldier, including his accuracy ;p

6- Another quality of life that i’ll love to see too yep, can’t agree more ^^

Please, can we have a level of difficulty that makes the game enjoyable (for dummies too)?
Something where it’s not mandatory to reload the game every taken action; it’s like to play a puzzle game instead of a tactic one.
And may be some relaxing time to see production and research give results, instead having like 6 fight before product a single weapon.
The heaven’s invasions could not start always at “extreme” level.
And could be good to don’t have a ton of mind control against every combat.

PS I played a lot, but enjoyed very low, it’s only suffer and pain. I would like to play it once again.

It seems a little too convenient that all 3 factions are always immediately around your first Phoenix Base. The faction element brings out some 4X elements for me and I’d love to have each faction have their “territory.” It would potentially add another layer to the diplomacy as you don’t get to automatically choose which faction to pair up with. I realize some people may like the current settings so I’m hoping this could be an option versus a core gameplay change.

Sometimes you end up with only one faction! 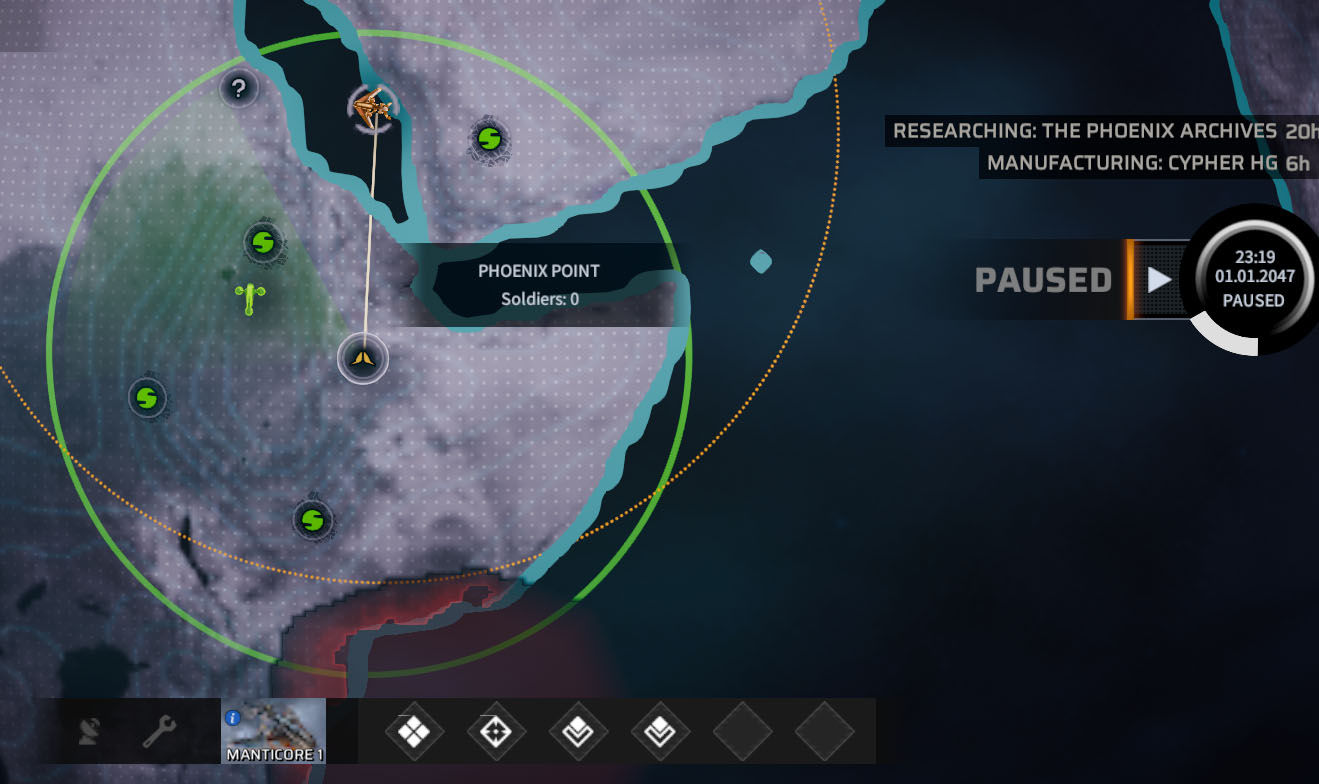 A way to compare armor and weapons besides jumping back and forth between the two pieces.

Drag the one over the other equipped one and hold, a comparison display appears. It’s not like there’s much to compare anyway.

The point is there’s a limited number of weapons, and they have fixed attributes, so comparison becomes quickly pointless, you know already.

I wish there was a way to disable the dropship cutscene. Saw it once, which was cool. Now its just something to skip. Unless its going to be unique to the environment I’m going into, I’d rather not waste the time.

Wait you can’t skip with escape? I quoted you can, but I don’t know when escape start works, didn’t tried much.

right click at the beginning of cutscene also works

The point is there’s a limited number of weapons, and they have fixed attributes, so comparison becomes quickly pointless, you know already

That’s the part I was referring to. Each faction has one weapon for each class and maybe one upgraded version in general. Not bashing it, just acknowledging that there isn’t much to keep track of.