As I’ve not seen anything officially stickied on the Phoenix Point section of the forums, just wanted to point out for those that may be wanting to check out the game but don’t want to touch anything to do with EPIC (Or want a more reliable platform that doesn’t struggle to even patch games), that Phoenix Point has now appeared on Microsoft’s Xbox PC store platform.

Seems the game is also included in the Xbox PC Game Pass package, so those that are unsure about the game and want to check out the game and may have the Game Pass for other reasons can do so without paying for the game outright. 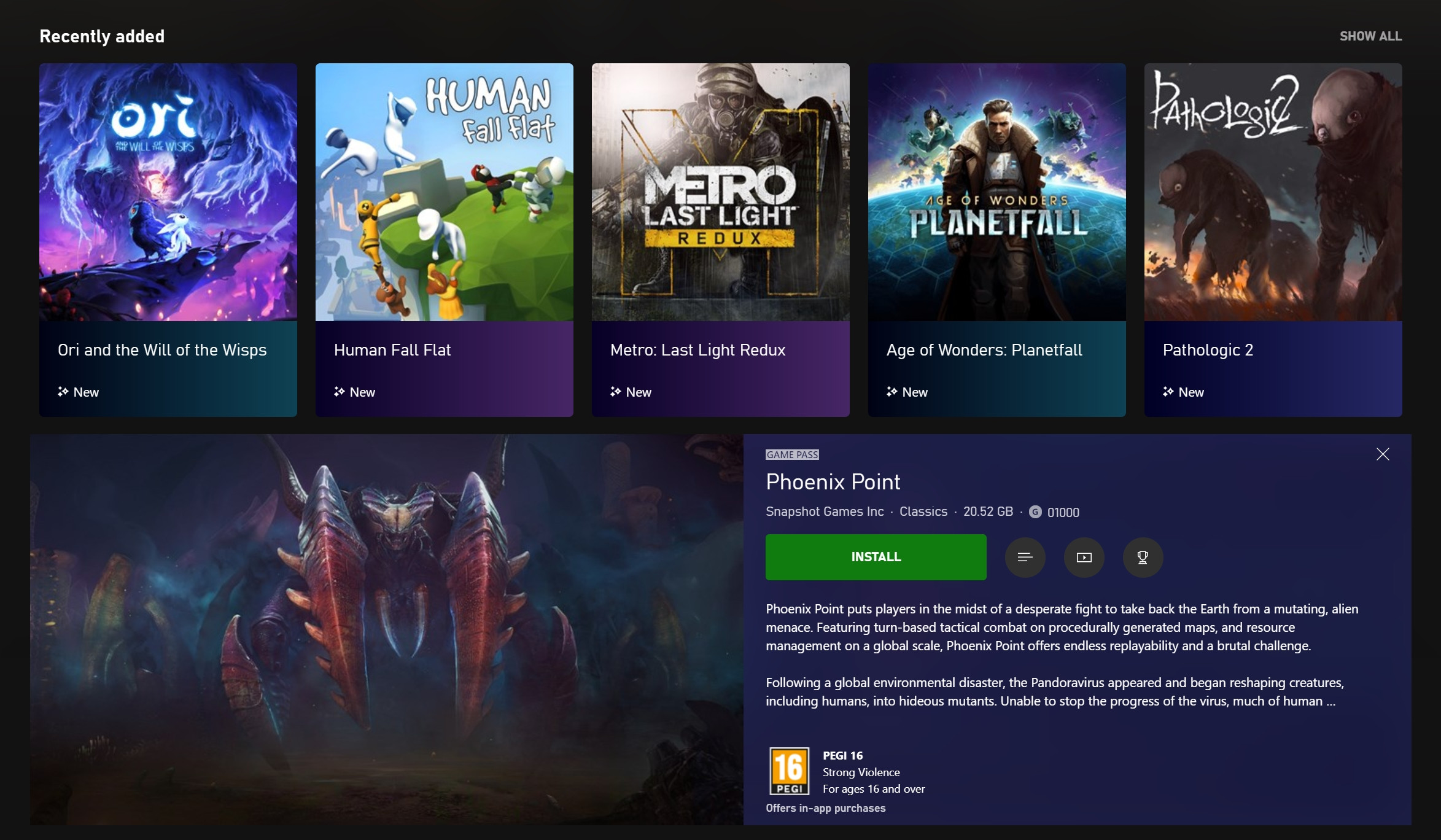