Observations of a YouTuber I Just Watched 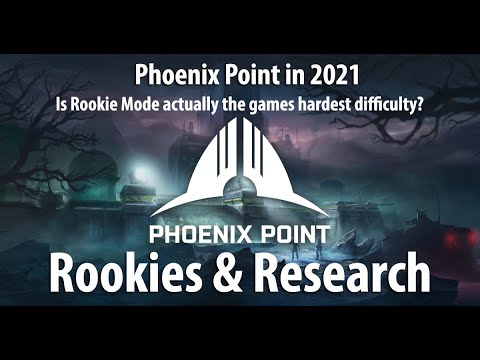 Not SP, starting stats, but yes, all humans have the same stats depending on difficulty level, which is a bit counterintuitive.

So, Rookie level has the most challenging time vs. humans, and Legend has the easiest.

Nope. On Rookie players also gets better stats and can make much better use of them; plus the rate at which they improve is double that of Legend. And then enemy deployment on most missions on Rookie is a fraction of what it is of Legend… So ultimately you face less enemies with better soldiers.

A bigger issue imo is that recruits in havens are much more expensive on Rookie than on Legend because you also buy their equipment (even though it is at a discount). I would make buying that equipment optional on all difficulty levels.

It seems all factions’ research is shared with pandorans, so don’t research weapons you don’t want to see on the pandorans.

Again, the first statement is sort of correct, but the conclusion is not. Some faction researches trigger new enemy types, but factions research on their own and then you get to research what they have researched at a 50% discount if you have hit the right attitude milestones. Only when you are allied to them can you research faction stuff that the faction hasn’t researched yet, so you can’t prevent Pandorans from fielding some units by avoiding certain researches.

A different issue is that because Pandoran evolution is much, much slower on Rookie, it takes a longer time to advance in some questlines, where you need Pandorans to hit some research milestones (like Lairs or Citadels).

I understand that the author of the video wants to be provocative, but Rookie really is much, much, much easier than Legend, notwithstanding a couple counterintuitives here and there.

Answer to question asked in the video is “No”. Rookie is not harder than Legendary. Despite few things that can be discouraging on Rookie.