It has come to my attention, following another thread, that Phoenix Point won’t feature that many map types, we will have environments for each faction, our bases, alien nests and scavenging sites. While it’s understandable that Snapshot doesn’t have that many resources to design more map types, well, it’s a fun topic to discuss. And I’m no programmer, so no idea if this can work with PP’s code.

Lol you know that I have something similar in my feedback? Just I forgot about swamps.

And lake forest is also nice idea. I suppose I will need to post those 15 pages of feedback, because soon it will look like I just gatered other people ideas (some for sure are).

I’ll maybe get a few extra ideas after a good night sleep. But you know, @Yokes, you should really just release your feedback, you’ve been promising for some time now

Creating new maps would be a massive udertaking I gather - from game design (planning layouts, and buildings from gameplay perspective) to art. It would be nice to see new bioms released with DLCs, if it is possible. I feel just different layouts, vertical characteristics would make a big difference (not to mention astetic variation). Having the map represent more or less the envirement we would expect to fight in would be a big boon.

Modifiers can make things more interesting (see War of the Chosen), though I don’t feel like any that you came up with really add much. None of them encourage specialised builds or change in roster composition (unlike those those from WorC: “savage” or “automated defences” encourage specialised teams, “lost” punish use of granadiers which dominate most of the encounters, low profile grant mission which allow to train up lower level soldiers).

I like the idea of different map types, having unique mechanics, but none that you suggested sound particularly interesting. Granting more or less resources, making abilities cost more or units more slower just doesn’t sound like something that would vary up the gameplay - but have potential to be annoying. Problems with gimmics like that, is that they need to be carefully designed and interact with and enrich existing mechanics.

Nothing brilliant comes to my mind though.

It would be nice to experience some different terrains dependant on where you were fighting around the globe.

from game design (planning layouts, and buildings from gameplay perspective) to art

and to entire algorithm as maps are procedural generated, which means the programme would have to learn how to connect the nature objects (and I think that in this case havens could be easier to implement)

lgorithm as maps are procedural generated, which means the programme would have to learn how to connect the nature objects (and I think that in this case havens could be easier to implement)

Doesn’t PP use XCOM2-like generation system? Meaning map layouts with pre-made buildings inserted into them, and only major procedural generation are smaller objects throughout the layout?

While Phoenix Point makes use of procedurally generated maps, some people felt like they were often seeing the same map or very similar maps. We’re now making some changes to the procedural generation algorithms to give more visual variety to all levels.

Specific mention is made of a procedural generation system that uses modular buildings and segments to populate a series of pre-set map layouts.

It’s OT but too funny; fount that opening the link 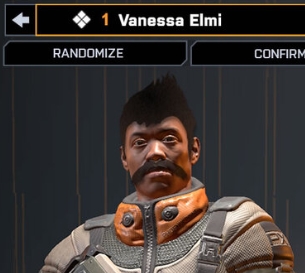 The name Vanessa is an italian one and i can assure that, unless parents have a weird sense of humor, it is a 100% female one

Back in topic, it’s not easy to make an AI able to adapt to many different kinds of areas and avoid funny things like ostrichs ‘hiding’ themselves putting their head in a hole

In Xpiratez you have those, hot desert maps, cold pole maps, acid rain maps, subacuatic maps, (night maps are a thing too, but here your ladies have the nightvision advantage) and in each map you need special equipement to mitigate the “weather” conditions.
Oh, and missions where you are only allowed to wear some aoutfits and weapons to infiltrate in them.

For PP i don’t expect different conditions in maps, but at least different tilesets like in OGxcom.

Neber played XPiratez, but that does seem a cool concept. Maybe Snapshot didn’t had to develop new map algorithms or tilesets, just add some layers showing the weather effect. Just for the sake of diversity. And acid rain does match up quite well with PP’ setting