How does the Infiltrator work?

At the beginning of a round he is cloaked. When I run past enemy units, he isn`t anymore.
What keeps him cloaked? 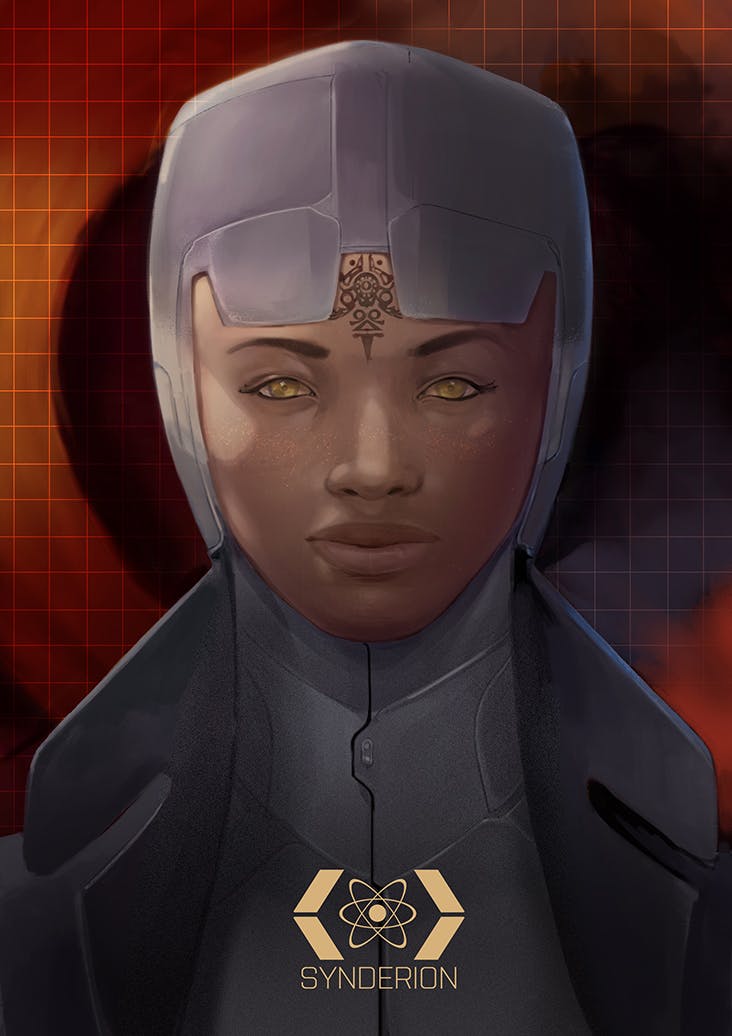 Synedrion is one of the three major factions announced for Phoenix Point. They seem to be mainly concerned with trying to build a new utopian society, having learned from the past mistakes of Earth Societies. FREEDOM. The freedoms cherished by...

Edit : There’s another not been written there, if you shot using crossbow it won’t reveal your position. And there’s some bug *maybe - once infiltrator being revealed, in my case I can’t turn back invisible even if I off from enemy LoS and sometime decloacked automatically once out of enemy LoS. Cmiiw.

But what keeps invisibility and what removes it?

The infiltrator has a bonus 25% stealth when not “revealed”. His armor (styx) give him an additional 50%. If you use the “Thief” perk it’s an additional 25% and you enter an OP hole (100% stealth) that will get nerfed with next patch.

Stealth affects enemies perception stat. If your infiltrator has 75% stealth, that means that the enemy’s perception is now only 25% of its normal value.
Most of the enemies have 20 perception, so your infiltrator can safely move 6 tiles away from them without triggering over-watch or return fire.

But once it’s the enemy’s turn, they can move closer and “reveal” you. In which case you even lose your 25% bonus. Down to 50%, it becomes more difficult to become “hidden” again.
That’s where “vanish” enters play. It adds “200%” stealth for the turn and sets you “hidden” (you regain your 25% bonus stealth).

A level 7 infiltrator has an attack that deals double damage if not “revealed”. You can use shotgun if you like, shooting at 6 tiles away from target for 10x(80-armor) damage … which is a lot. Or Deimos for more precision and from farther for 6x(60-armor) damage. Add perks like “reckless” to the mix and you deal insane amounts of damage.

There is an other mechanic in play though, that is “hearing”. Every time you open/close a door, break a window, shoot, …, move within 5 tiles of an enemy, the enemy “locates” you (you appear as a “ping” on the ground). They know where you are, even if they can’t see you.
Chirons will bombard you, worms will explode, Scylla with mist thrower will throw mist on you, revealing you to everybody, enemies will come close to you and reveal you. Strangely Arthrons won’t grenade you.
It’s unfortunate that crossbows are not “silent” weapons, it would be the only reason to use them rather than ARs.

The “decoy” is a nice tool to keep the enemy busy (and it saved my team one day).

I haven’t tested spider drones that much. The only ones I threw got killed before they could do something. I clearly don’t know how to use them properly (maybe someone will care to share how to make them worth it).

Surpise attack coupled with double damage is kind of a guaranteed daze on your target (if you haven’t killed it). But you have to get behind the target which is easier said than done.

It’s unfortunate that crossbows are not “silent” weapons, it would be the only reason to use them rather than ARs.

Oh wait, so the crossbow is not silent weapon?! ahh I guess that’s answer my doubt about it, because once I shot the enemy they just tried to reach/search my position even my infiltrator are still invisible.

Unless they change it in a future patch, I debugged some weapons and found none to be “silent” (including crossbows). So you still get “located” … why would you use crossbows then and not a big hitter.
By the way, I just made a Canny on it: https://phoenixpoint.canny.io/feedback/p/there-is-no-value-in-crossbows

I start beginning to understand.

So stealth is relevant for return-fire and overwatch shots.
Does it make me invisible/hidden too for the enemy?

How big is the range I can move and remain undetected/unhidden by the enemy? Is there a fix value?
Or is it the Stealth-Value?

What determines, if I am “hidden” or not?

@pantolomin I see. Thanks for the info.

why would you use crossbows then and not a big hitter.

Splinter Cell wannabe here, satisfaction of stealth kill is so

There are 3 states in the game:

Perception is the distance (in tiles) at which you “reveal” an enemy. Arthrons have 20, Scylla has 35, our soldiers have 35, … you can see the value if you check each unit’s “info” panel.
Some armors and perks modify perception, like the “double perception” head for tritons. I currently have a soldier with 59 perception (he can basically see the whole map).

How it works out

An enemy can’t shoot at you if you are not “revealed”. So as long as your infiltrator remains far enough from enemies, they won’t return fire when you shoot at them (although they now “located” you) and overwatch won’t trigger because they don’t see you.
I do shoot at tritons when they are “located” and not “revealed”, but the AI doesn’t do it against your soldiers.

So now, when you play, you have to do some math.
What’s the distance in tiles that I can get without getting revealed ?
distance = "enemy perception" x (1 - "soldier stealth" / 100)

You can’t know for sure if you are “hidden”, “located” or “revealed”. Except for infiltrators, if you see that their bonus 25% stealth has disappeared, you are “revealed”.

Oh, and I guess there is still the bug that dead enemies hear you so you are located if within 5 tiles of a dead enemy (mist sentinels for instance).

So the blue symbol in the upper middle position of the Infiltrator means, that he is hidden oder located, right?

My opinion: Stealth only has 2 settings. Over_powerful or useless. If you have 100% stealth you can do all kinds of crazy things like run in unload a shotgun and then just stand there knowing your safe from being seen by their buddies. If you have the ‘normal’ 75% stealth what is the probability that a Triton will randomly choose your direction to run during their turn… every freekin time. As soon as the Triton sees you so does all the other enemy units and your in for a world of hurt.

I get that 100% stealth has to be nurfed but in doing so I hope they can make 75% stealth suck less. My suggestions:

Even with 100% stealth when you kill your instantly reveled and have to vanish to re-stelth. Unless your shooting from behind cover.

Or using silenced weapons. Presuming that ever works correctly.

If you have the ‘normal’ 75% stealth what is the probability that a Triton will randomly choose your direction to run during their turn… every freekin time.

I never use 100% stealth, but sometimes I go for 85% stealth (with the leg mutation). Regardless, both 75% and 85% are viable, provided you use them right. As most players, I didn’t at first, and it felt like they were very squashy.

The problem is sending them too far ahead, leaving them there and trusting on their stealth to survive the enemy’s turn. They are second line troops, they should generally end their turn behind the tanks. There are of course variations and different play styles, but like always with stealth until you master it, you should get too close to the client (as Leon teaches Matilda…

Just in case, I added a mod on Nexus to change a few things around infiltration.

By the way, doing this mod and testing it enabled me to see that there is no “dead enemy hear your soldiers” bug. The code was there for “reveal” so I assumed it was missing for “located”. But apparently the “fromActor” is never dead in this part of the code so the code in “reveal” is not needed.

When you are “revealed”, to get back to “hidden” state, you have to move out of line of sight of the enemy at the end of your turn and hope that no enemy will gain line of sight on your soldier during the enemy turn.
The “located” status is simply reset at the beginning of the turn.

I use Infitrators all the time as heavy hitting units with the poison crossbow. With the level 7 perk it deals insane damage. 100% stealth is overpowered, but even without it, at level 7, infiltrators are a beast.

One thing I wonder is whether the “Deploy Decoy” actually works after a certain point in the game. As in, whether or not enemies will fall for it.

On my last play of the game, I went into a mission with 2 infiltrators, and had them using that a fair bit. Majority of the time, the enemies completely ignored it and went for my actual agents, unless the decoy was the only target in their sight range.