Increase accuracy of the heavy?

Hi, i like the cannons, and i would like your advices to up the accuracy of the heavy to make it more efficient. What is the best combination, for you? Armor? skills? multi (mix?) class? weapon?, etc…

(for example, do you think it’s good to replace the helmet and legs with those of the sniper? and compensate the less armor in putting points in strength, to increase HPs?)

For my heavy with cannon I typically choose the accuracy perks (“heavy weapon proefficacy” and “cautions”), combine it with a tech helmet with accuracy from New Jericho and you are fine. If you want to boost your accuracy further, multi class with sniper and choose “master marksman”. You can also change the heavy legs to NJ assault legs for good armor with no penalties.
So a good overall combination ist NJ tech helmet, heavy body and assault legs. It is decent accurate and armored with decent speed. Go with 30 str. for high HP and carry weight for 3 different weapons (+ rocket launcher) and all situations.
This way i play it at the moment.
The heavy is basically a weapon platform.

I used different solutions dependent of what I want to have.

So with the exception of the one unique build I mostly not mix up heavy torso armor with other parts to boost accuracy, instead I use the mobility of the jet pack to bring him as close as I can. This is also very handy for, in my opinion, his best low level skill, War Cry.

Edit:
I forgot to mention that I mostly switch to the Detiny III laser mount when I have access to it. For this there is IMO no need for any accuracy boost.

Ryu and MadSkunky, thank you very much to have took time for answer and for your advices that i’m going to analyse!

Oh, i didn’t know this, thank you too, The DayBreaker! 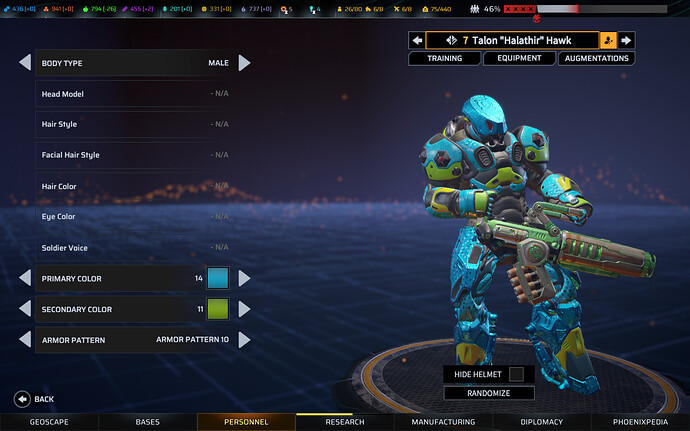 There are also 2 good builds with accuracy and speed in mind:

Both have +10 accuracy, +3 movement, immunity to goo, jetpack and mounted weapon. Perceptor gives better perception for nice heavy overwatches while disruptor gives neural disruption which now works as intended for sirens and scyllas.

Not much armor in the head and legs, though. However, these are not close-quarters builds and the most easy to hit part is the torso which is heavily armored. As MadSkunky said, when you get the Destiny III your heavies will be hitting from afar and these builds are good for that while also giving enough movement for your heavy to move around if needed AND shoot in the same turn.

If you dual class him with sniper then… you get even better accuracy from afar with master marksman, great and cheap overwatch (specially with perceptor head) from extreme focus, and cheaper AP shots with quick aim. Also, you can even carry a sniper rifle for when you’re just too far for a reliable canon shot, although I prefer to have an assortment of heavy weapons for any situation - canon, machine gun, grenade launcher and even flamethrower.