Hint: how to play phoenix point. Errata: you need 2 mods to play it

Errata: Play 1994 x-com and watch: John Carpenter - The Thing.
Ok now for real… I play PP and it is better than FRA - X-com, it have more things to do, more nonlinear stuff to do on geoscape. They will add more and more how game goes on… But for nicer game exp i play game with 2 mods that i think that need be included in main game at least as option to select. The mods are:
1: NoAutoUnpause - it give you control on play and pause time flaw… When you click location for aircraft etc game auto unpause game… so with this mode you do your task for airplanes etc in peace, then you click play and time go … it is not balance change, it made so that you don’t need to click fast pause and mark second airplane etc… i think that it is normal for strategy game… grand strategy game like stellaris have this… when you press pause you must press pause again to continue on time flaw…
2: Retrievable items - this mode correct dice random item that game give you, so player didn’t destroy weapon, ammo in mission at the and you have them… It is game design from original 1994 X-com. It is limited but for me it is ok that i get weapons and all ammo from mission… It is normal that you have team that clean after you… For pandorian lair and haven mission this mod don’t work, but for all other mission what you don’t destroy you get… This mode give us more strategic deepth… You need to aim in hands, head, legs, player need to do some calculation on where to hit, i need that shotgun or sniper riffle…, and the you can scrap weapons for material, research, sell if we have this option… … etc…
What is my mind for other mods: you don’t need them, when game will be complete and when you finish 2 times then YES. For now only this two things and patches are needed… They will add more items, research, more maps, more weapon and aliens…

Yeah, I saw that was on too, but we went with GI Joe instead - I will never get that time back again…

The point 2 breaks a bit the choice of not doing damages to break the weapon, it’s not an improvement for me, I wouldn’t suggest it. But point 1 i would pick it if I could, but mods are compatible only with windows.

How does it break the choice? If you don’t damage the weapon you’re guaranteed to get it as loot is how I understand that mod to work…

Essentially, the game does a dice roll when you kill an enemy to see if you should actually get the items an enemy is carrying and can drop (so it won’t include stuff like anthron machine gun arms), or if it just magically evaporates after killing them.
This mod tells the game to just let this work like oldCOM: if you see someone carrying it and the weapon doesn’t get destroyed when you kill them, you get to loot it afterwards.

Looks a bit easy, attack some Haven collect a ton of weapons and ammo, and I don’t mention armor.

In my opinion control and steal should be disable, so this mods is even worse.

It’s just too many drops too easy, it defeats a base element of the game.

This mod dont work on haven mission and lair, nest etc… i didnt notice that is game changer… you dont get tons of weapon and ammo… only thing is that game dont roll dice for items… i know it less weapon manufacturing and more resource for other thing…

Ok only with Tritons, I didn’t get that, so some weapons and ammo not even any armor, ok, it’s only a small help. 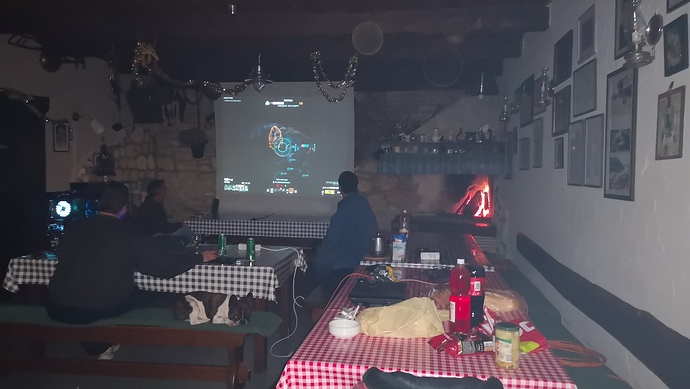 IMG-6def899b192bb2e8d6c308ca076aa1c9-V1984×1120 1.13 MB
this is how my friends and me play PP… Big screen co-op rpg style… baze, geoscape thing are done by talking and voting… mission is done so every player control 1 or 2 customised solder… rpg element… with team play… session are long for abt 10 to 12 hours with break to eat… and my dog is here on overwatch somewhere… the place is closed during the winter and i transform it into game room… in summer is restaurant and holiday house…
6 Likes
omenomaho January 15, 2020, 6:37pm #10

You also need Increased Power Fix, which fixes a very small bug that happens to make a certain Research completely useless and regularly trolls newer players. I find this one especially astonishing since it was fixed by a modder 10 days after release and yet here we are 2 “hotfixes” and 6 weeks later …

Now that is how it is done enjoy beer and friends while saving the world from an out of control virus. touche my friend

Since we’re on the topic of mods, anyone know how to change air vehicle speeds? Even if I set off immediately when a haven is under attacks, I can’t make it in time 90% of the time, since they fall far too quickly.

so I modded a lot of stuff and also tried this:

Problem is, it stopped working as soon as I added speed. When I modified the carry capacity only it worked fine. Almost as if the field names have been changed.