Game hanging forever. Had to restart 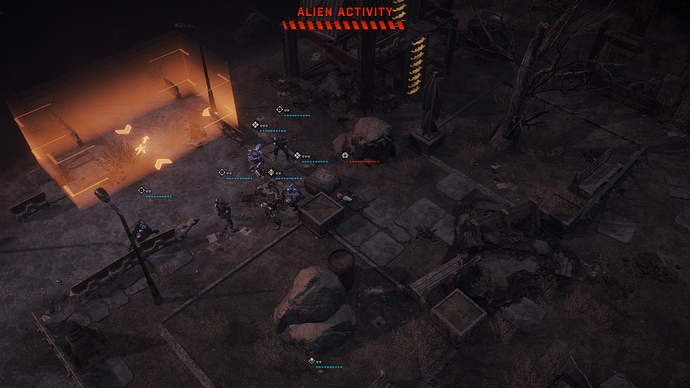 Game hangs forever, have to restart map, anyone having problems with these little creeps?

Bug like this should be reported ingame via F12 as that send additional info. A screenshot alone doesn’t really help the QA team to track down the cause of the issue.

However, this particular issue is now widely reported and well known to us.

Okay, it just froze up on me, wouldn’t upload.

Yes had something similar happen a couple of times. It just happened now and it’s the reason I’m on these forums.

And by similar I mean I was stuck staring at a crabman doing crunches.

Man, just got into this game, loaded up my first instance and after a couple scavenging missions a Haven in the mist came under attack. I figured, what the hell, let’s see what we can do.

My troops deployed, I spread out and after my last guy reaches cover, clear across the map he spots this massive alien queen. A few crab men pop out of concealment now and then, but most of the match is just slowing and beating back the queen. Eventually, after crippling several body parts, she turns and leaves… and then the game crashes.

Lol. i hate when that happens. doesnt happen a lot to me.