Everything is evolving... why not the music?

The birth of this idea started with this classic:

Now imagine for a moment you are in fighting with New Jericho with it’s militaristic chaotic good music (more on that later) and suddenly a queen breaks into the fight and suddenly your music merges into one to fight that “doom guy” industrial until you both emerge victorious now allies. Do I have your attention yet?

TL;DR procedural music with some traditional tracks in between over various common beats that changes based on your play thru. Never the same. I mean snapshot wants replayability right?

Now to break the 4 factions up into common electronica genres that would mesh well together and often create subgenres. I’ll be explaining this using dungeons and dragons. Music inspirations will be placed soon™ as I am still compiling them, but feel free to post your muse.

I’ll be giving artist/genre names that vary in accomplishing both ambient and dynamic sound:

Why trip hop for default music? Its by far the safest way to drive both comfort and despair. It has the most flexibility to transition to ebb and flow to either: softer with syn, tribal with anu, driven with nj, or hell breaking loose with pv.

Now if you made it this far or just skimmed congrats. Have a meme to represent my pitch. (NOTE: this is not a literal translation of the alignment chart, it is a visual aid nothing more) 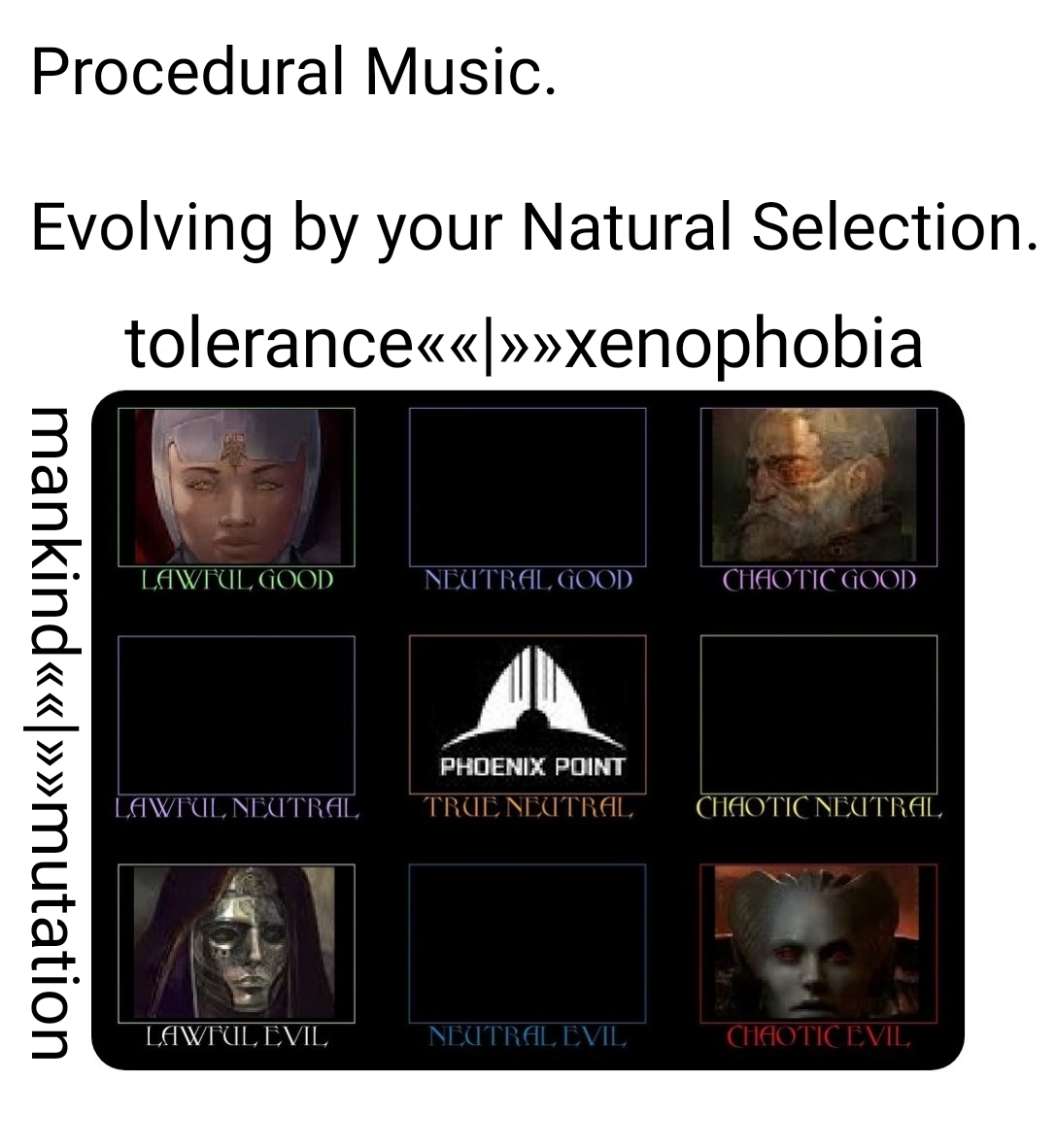 That’s an interesting idea. We’ll see how Mr. Broomhall deals with music changing on the fly, or if they implement a different system or something, since as Unstable Voltage has mentioned, Broomhall is comin in with the real music later

Well technically this has already been done with a common formula in music before but not to procedurally produce new music.

(I can’t believe I had to post pop country I feel disgusted with myself but it proves my point the easiest)
It can be done and has been done before… Just unbenounced to us.

I’m not sure what approach they will take with the music, but they already have John Broomhall, the creator of the original X-COM music, under contract for making the entire soundtrack of the game so I doubt they will make any changes at this point.

Who’s to say this concept couldn’t assist him in his decision making process?

I’m not saying it won’t. I’m just saying the chances are really low.

Oh for sure. I’ve supported many games thru the years thru development I know this fact all too well. It’s generally when the idea has strong community backing do things happen, but those things would never happen if you didn’t speak up about it… Hence this post was made. 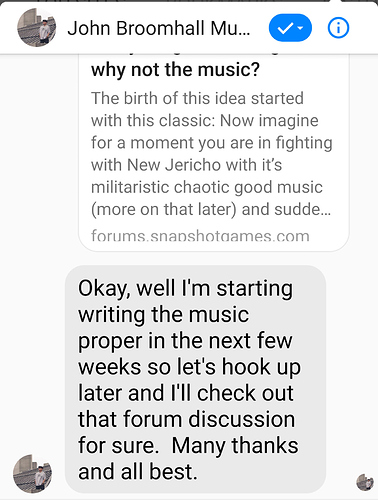 And there is no music like electronic music, right?

I am all in for atmospheric and changing music, but answering to SITUATION, not fraction. 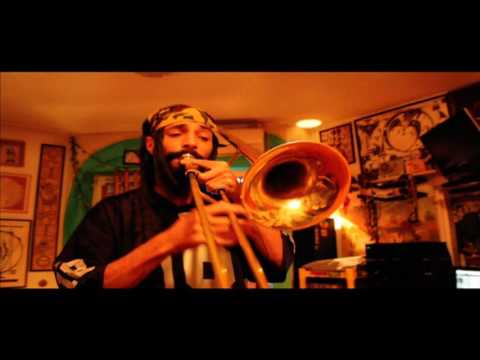 And one thing … we already have great composer engaged. 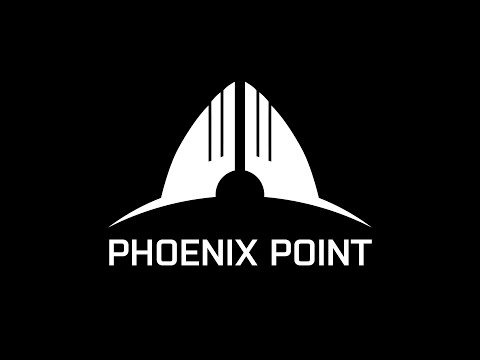 And one thing … we already have great composer engaged.

To be clear. It was never intended by me to say he was: not engaged in the vision of the game, or not a great composer. I intended my post to be just the opposite and his reply further validates what I’ve known of him.

I just had an idea to possibly help shape the framework. Bubbles in a brainstorm if you will.
If anything I just want my idea to be morphed into “The Communities” idea. Glad it’s caught your interest too @rasvoja!