One thing I don’t really understand, in a game where tactics and choices really matter to what you are doing and which factions you want to make happy or not, you end up trying to guess which one affects the faction that you want to help.

I find it really odd that the outcomes of each option are not shown to you before you make it and not tactical at all.

As an example a event may have 3-4 outcomes. “say x” or “say y” or “say z” or “stay out of xyz”. If when I hover over the text a tooltip could come up says something like “this will displease x” or “you will obtain food” or “leads to …insert technology name…”

This similar system is implemented in Stellaris and I find it very good system to figure out what direction I should take the story.

This could also be disabled in the menu if you choose.

It is usually fairly obvious.

Once you kind of learn what each faction likes/strives for, it is clear.

Once you kind of learn what each faction likes/strives for, it is clear.

Exactly. Knowing outcome in front wouldn’t bring too much of hesistancy, a moral choice. That would become just raw calculation.

I will use this as an example, I don’t understand any of the outcome of this at all. Like the game has told me very little of the difference between the two factions and having feedback of what it will do will help me choose which to pick. 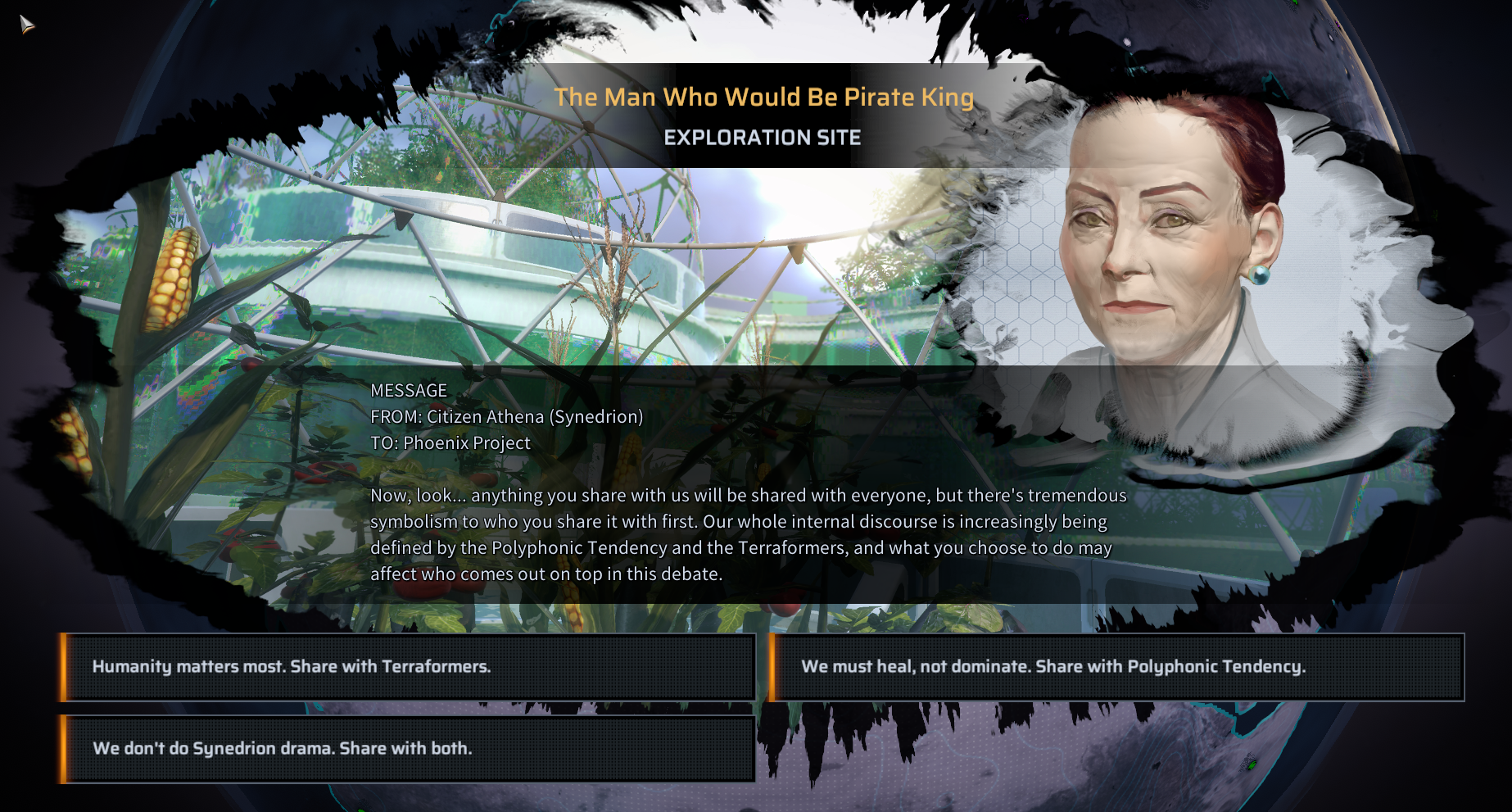 Also this request already happens when you try to defend a haven. 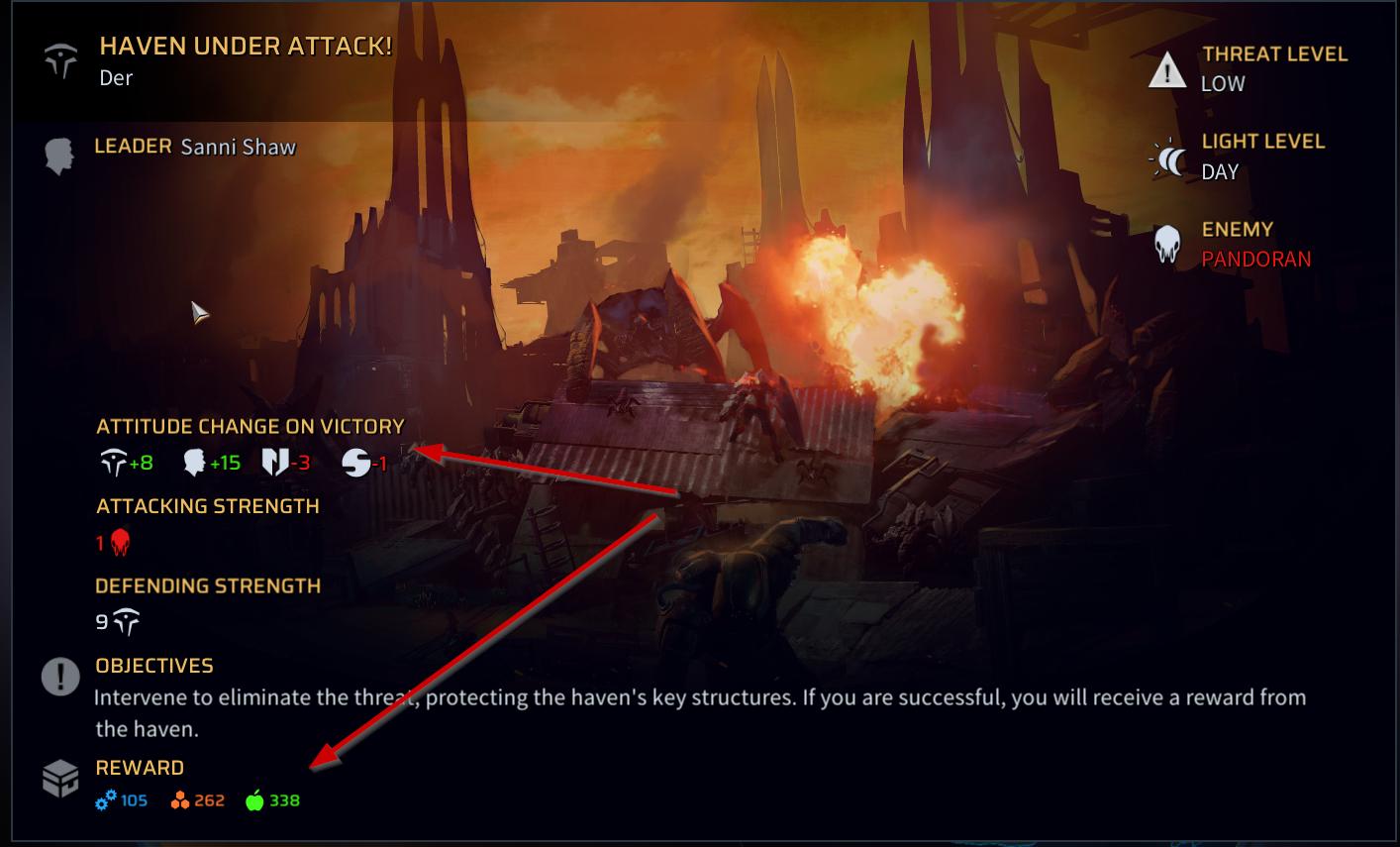 With defence of haven you don’t have different choices and outcomes. Either you win or you loose.

I believe that Mur is illustrating they want more information on the other “choices” similar to the information provided on the outcome of successfully defending a haven. There are handful of popups where one has 3-4 choices to make. One can hazard to guess what is the optimum choice, but at times that one turns out to be the wrong choice all the way around.

And that’s the point. You have to go with your gut.

I personally would strongly resist being told what the outcome was. It’s designed to simulate you making the difficult moral choices you have to make under such circumstances. To reduce it to a simple numbers game would render it meaningless.

In the illustration Mur has shown above, you are being asked to decide with your gut whether to try and wipe out the alien menace, whether to try to come to some accommodation with it, or whether to leave Synedrion to their own devices. How you choose will likely determine how Synedrion behaves towards you from then on - and what missions you will be allocated. But it’s down to you to decide what matters to you most. Being told what those outcomes are in advance reduces that decision making to a mere numbers game, which is not what those decision trees are about.