I’ve just reported (via F12) a bug on the “brother release mission”, when a heaven leader asks to release his brother from Anu. I’ve appeared on the mission with the single task to “evacuate all operatives”, and the Operatives appeared on the evac zone. So I’ve just pressed ‘evacuate’ on everyone. It turned out that there was a civilian brother to be evacuated. He was killed by Anu Militia the same turn. And the mission ended as a success. I’ve got 600 experience for nothing (the civilian was marked as “K.I.A.”). And a screen appeared saying that “we’ve successfully managed to escape with the civilian”: 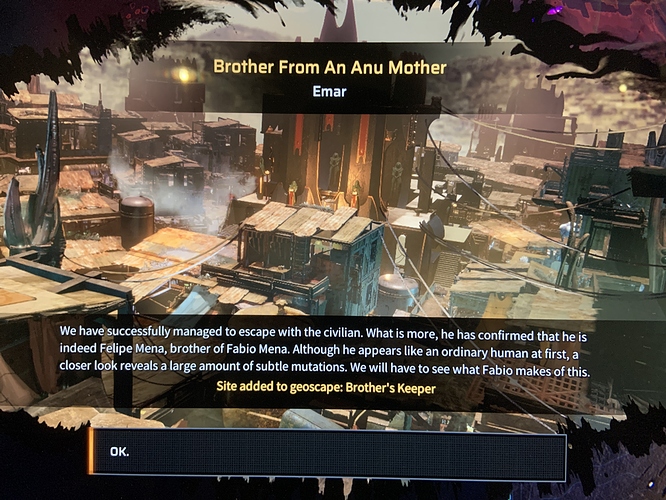